An Emphasis on Empathy at Work

Describe the role that empathy and compassion play in understanding yourself and others.

(more)
See More
Tutorial
what's covered
In this lesson, you will describe the role that empathy and compassion play in understanding yourself and others. You’ll also see how empathy builds motivation and trust in the workplace. Specifically, this lesson will cover:

“At the end of the day people won't remember what you said or did, they will remember how you made them feel.”

before you start
This quote comes from the late civil rights activist and poet, Maya Angelou. In your opinion, how do Angelou’s inspiring words relate to empathy?

When people hear the word empathy, they often think of being kind or gracious. But empathy is much more than being nice to someone—empathy is the ability to identify with another person’s feelings. It is the ability to relate to the fundamental humanity of another person, even if that person appears to be unlike ourselves. Some terms that are the opposite of empathy include: indifference, cruelty, atrocity, and hatred. Understanding terms that are the opposite of empathy can help us identify attitudes or behaviors we wish to avoid and support our efforts to listen to others. When we listen closely to what others are saying without judgment, we can build strong relationships at work, home, and school that are based on loyalty and trust.

The ability to identify with another person’s feelings.

Concern for the misfortune of others.

2. A Case Study in Empathy

No expression of empathy is too trivial. When you use empathy to try to understand someone’s experiences, large or small, the results can be life changing for you and those around you. You’ll begin to see people’s potential and come to appreciate their uniqueness. Just ask Patricia Moore, world-famous industrial designer, author, and gerontologist. A gerontologist is a social scientist who studies the effect that aging has on people. Moore combines her compassion for people with her love of product design to create modern conveniences that serve the world’s elderly population. Let’s take a look at her story: 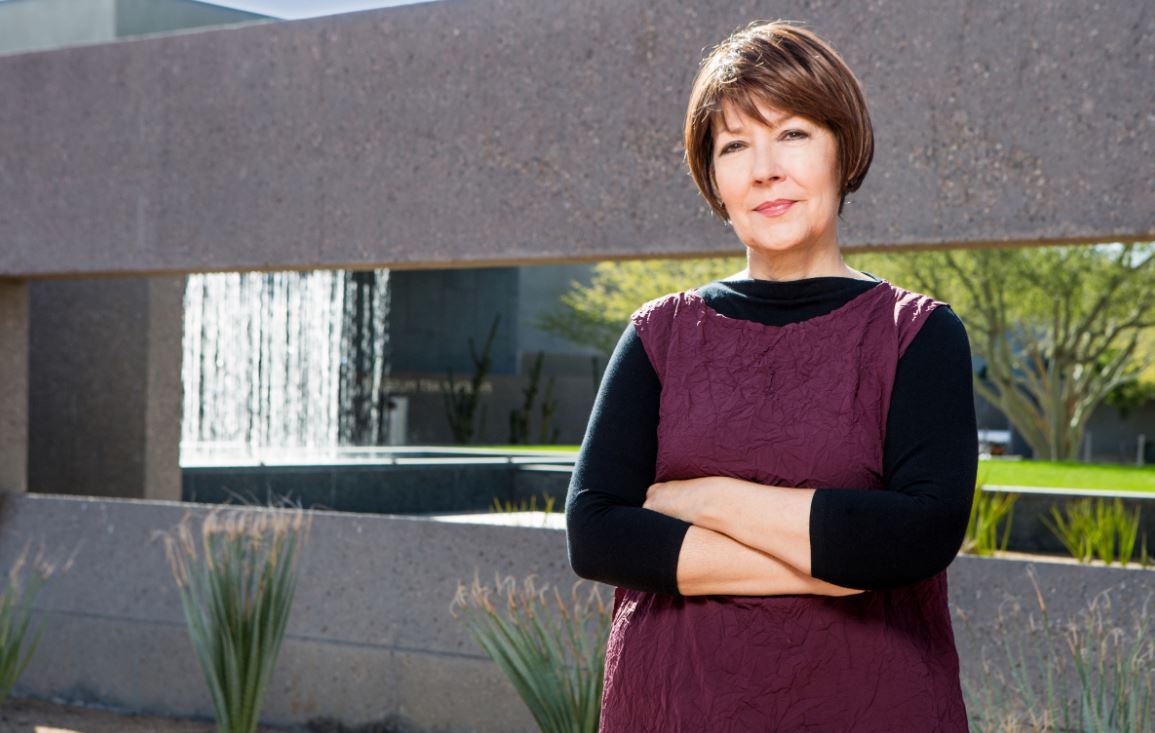 In the 1970s, Patricia Moore worked as an industrial designer for the famed Raymond Loewy design office in New York City making a host of consumer and commercial products (Wechsler, 2013). She was the only female industrial designer there at the time, despite being told repeatedly that the field was not for women. Raised by her grandparents, Moore often wondered how the elderly who suffered from arthritis and joint stiffness were able to use some of the Loewy products. In particular, she was concerned about door handles on refrigerators. When she posed this question to staffers, she was usually met with the same response—that the company did not design for people with these types of issues. But she was never content with this answer and determined to do something about it.

Moore wanted to know what it was like to be an aging member of society and part of one of America’s marginalized populations. She was driven by empathy and curiosity. For several years, Moore visited over 100 cities in the United States and Canada to gather data about the elderly including their mobility, places they lived, and society’s reaction to them (Greguska, 2020). She used her data to inform designs on a wide assortment of products, making the products inclusive and accessible to the elderly and everyone who used them. For these reasons and many more, Patricia Moore has been dubbed the Mother of Universal Design.

think about it
How did empathy play a critical role in Patricia Moore’s story? In what ways is empathy important beyond the world of product design?

The products that Moore has developed over the years all have something in common: their effectiveness is rooted in empathy. Some people exhibit empathy naturally, but empathy is also a skill that can be developed. While it does take practice, being empathetic is invaluable as it helps us see the humanity in the people we work with and serve. The positive results include better personal and professional relationships, higher levels of motivation, and improved job performance. And in the case of Patricia Moore, empathy painted a much wider stroke as it brought social change to the world.

Whether you’re working with customers or colleagues, understanding the needs of people is important to a company’s success. Employers need to know that you are self and socially aware and can forge healthy relationships with people from diverse backgrounds. By pairing softer skills like empathy and compassion with your core capabilities, you’ll become the kind of employee that companies appreciate.

To treat as insignificant.

Involving everyone; leaving no one out.

3. Strategies for Seeing Other Viewpoints

Empathy is a skill that can be grown and strengthened. One of the easiest ways to begin is to remind yourself that, “we’re all human.” As humans, we all experience feelings but to different extremes and in vastly different contexts. No two humans are alike. Despite our differences, we can learn more about someone’s life experiences when we stop to listen to them, and we remove our assumptions about who we believe them to be based on bias or stereotyping.

The quick tips below can help you learn to live and work with more empathy and compassion. You’ll learn more about yourself and build lasting trust with the people around you:

An unconscious attitude toward someone or something.

An advantage or right that is not available to everyone.

A privilege is an advantage or right that is reserved for a select few and not available to everyone. A person who practices empathy understands that having a privilege may put them at an unfair advantage over other people in the world. Privilege can lead to inequities. To understand more about privilege and inequity, read the following scenario and answer the question beneath it.

Image 2 of 2: Photo of a woman between the ages of 25 and 55 pushing a mail cart through an office and enjoying her job. There can be other people around too. 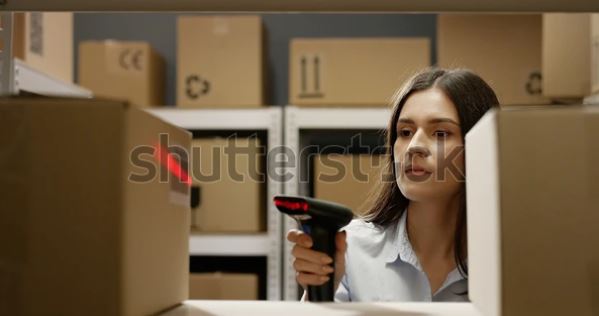 Sasha works in the mail room for a large corporation. Her primary job is to sort a portion of the mail and hand deliver it to each employee’s cubicle. Kevin works as an accountant and enjoys being greeted by Sasha every afternoon because she’s always approachable and friendly. Interestingly, Sasha doesn’t speak a word to Kevin during her mail route. She’s not shy or detached, instead she uses sign language with Kevin because she is nonverbal. She was born with a genetic condition that affects her speech and cognitive functioning. Sasha was hired through the company’s Opportunity Plus Program which gives people with disabilities rich and meaningful employment opportunities to earn a living wage within their communities.

try it
In this example, what privileges does Kevin have that creates inequity between him and Sasha? What did the company do to reduce the inequity?

Answers will vary, but here’s one possible answer:
Kevin has the privilege of being bilingual, using speech and sign language to communicate his ideas. He is also neurotypical. While Sasha is terrific at her job, her abilities are significantly different than Kevin’s. The company has reduced the inequity by offering meaningful and fitting types of employment for all its job applicants, despite their differences in ability.

Through empathy and compassion, more and more companies are putting social responsibility at the forefront. When they do, it’s motivating for the people who work for them and for the communities that they serve. In today’s workplace, a growing number of job applicants are searching for companies that are guided by a social conscience just like the company Kevin and Sasha work for.

4. Wrapping Up: Self and Social Awareness

Self and social awareness is a foundational employability skill and empathy plays a vital role in it. Getting to know yourself and how you relate to others is an important first step toward success at school and in the workplace. In the next set of lessons, you’ll see how resilience and adapting to change are also necessary skills in today’s fast-paced world.

summary
In this lesson, you learned that empathy is the ability to identify with other people’s feelings. You read through a historical case study in empathy focused on international industrial designer, Patricia Moore. Driven by compassion, Moore spent over three years researching the needs of America’s aging population. In turn, she used her skills and training as a designer to develop an assortment of inclusive and accessible products for the elderly like nobody had ever seen before.

Empathy is a skill that can be learned—there are strategies you can use to see the viewpoints of others. When you go beyond small talk and start to advocate for other people, it builds trust and mutual respect and results in gains in productivity. In this way, becoming more empathetic and compassionate at work can impact a company’s bottom line and improve social awareness. To learn how to live and work with empathy and compassion, you must first recognize your own bias and privileges and remove any inequities that might hinder your performance or that of others.

Concern for the misfortune of others.

The ability to identify with another person’s feelings.

An unconscious attitude toward someone or something.

Involving everyone; leaving no one out.

To treat as insignificant.

An advantage or right that is not available to everyone.