(more)
See More
Tutorial
what's covered
This tutorial covers argumentative essays— how they’re structured, what their thesis statements look like, and what differentiates this mode of writing from other modes. The specific areas of focus include:

1. Purpose of the Argumentative Mode

Modes refer to the different types of writing that serve different purposes:

Thus the purpose of argumentative writing is to present a thesis statement on a topic that is worthy of debate, and then support that thesis statement’s argument with reasoning, logic, and research.

First, the introduction should present a thesis that takes a position on a debatable topic. A debatable topic covers an issue about which people can argue, differ in opinion, or disagree.

A debatable topic might be something such as whether or not the US government should tax sugar sodas. This is a topic that many people disagree on and that has many possible sides, both pro and con.

A non-debatable approach wouldn’t be an argument worth having.

A non-debatable topic would something such as whether or not soda a liquid. It’s obvious there’s only one answer—yes, soda is a liquid. This isn’t an issue about which reasonable people could disagree.

think about it
What is the difference between the following two topics:

The first topic isn’t a debate; you could only rationally answer that question in the affirmative. But the second topic might elicit some real disagreement from people.

Those who don’t believe that these novels cause any harm to readers would argue no, while people who are worried about what these narratives are doing to readers might argue yes. Your thesis statement should always be taking a side on one of these debatable topics, not merely stating a fact.

Second, argumentative essays will provide at least three body paragraphs that offer support for the thesis and use logical reasoning and rhetorical appeals to build that support.

You’re going to spend more time learning about rhetorical appeals later; for now, just know that they are logical, emotional, or ethical strategies that you’ll use in your writing to persuade or convince your readers.

Finally, an argumentative essay will always end with a conclusion that summarizes and provides closure on the main point of the essay.

In an argumentative thesis statement, you make a strong claim about a worthwhile debate. This is different than the topic, which is broader. The thesis statement requires actually choosing a side on the debate that the topic presents.

In an argumentative essay, the thesis statement is going to make the central argument that the rest of the essay will back up with support.

try it
Here are three thesis statements. Which are argumentative and which aren’t? Take a moment to read them and decide.

This first one is not argumentative. 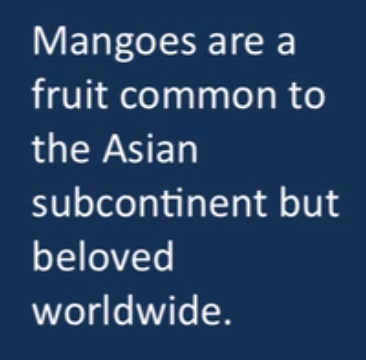 Notice how it’s making a statement of fact. This claim is either true or false; there is not a debate about it. This thesis would be better for an informative essay.

The second thesis, though it covers a topic that’s clearly more controversial, is still not argumentative. 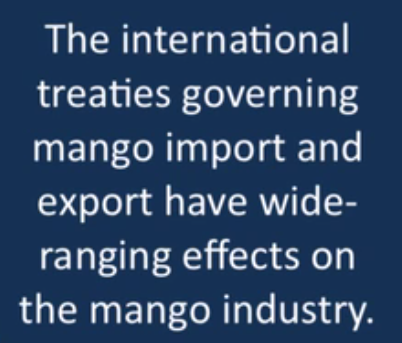 Is this claim debatable or simply true? It’s hard to imagine that anyone could physically disagree with this statement, as international treaties will certainly affect the industries they govern. That’s what they’re designed to do. Again, this is more suited for an informative essay that would explain what these treaties are and how they function.

The last one, then, is the argumentative thesis statement. 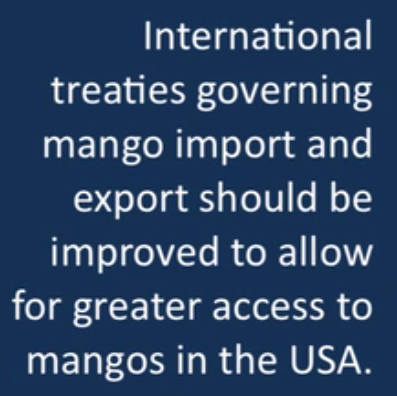 See how right away it uses the word “should”? That’s a clue, as it tells you that this is advocating for an action to be taken—someone should do something. You immediately know that this is an argumentative claim because you could argue that someone should do what it says, and someone else could disagree and argue against you.

In other words, people can disagree with this claim, and they can take up either side and argue for it. All of those are ways in which you know this is an argumentative thesis statement. 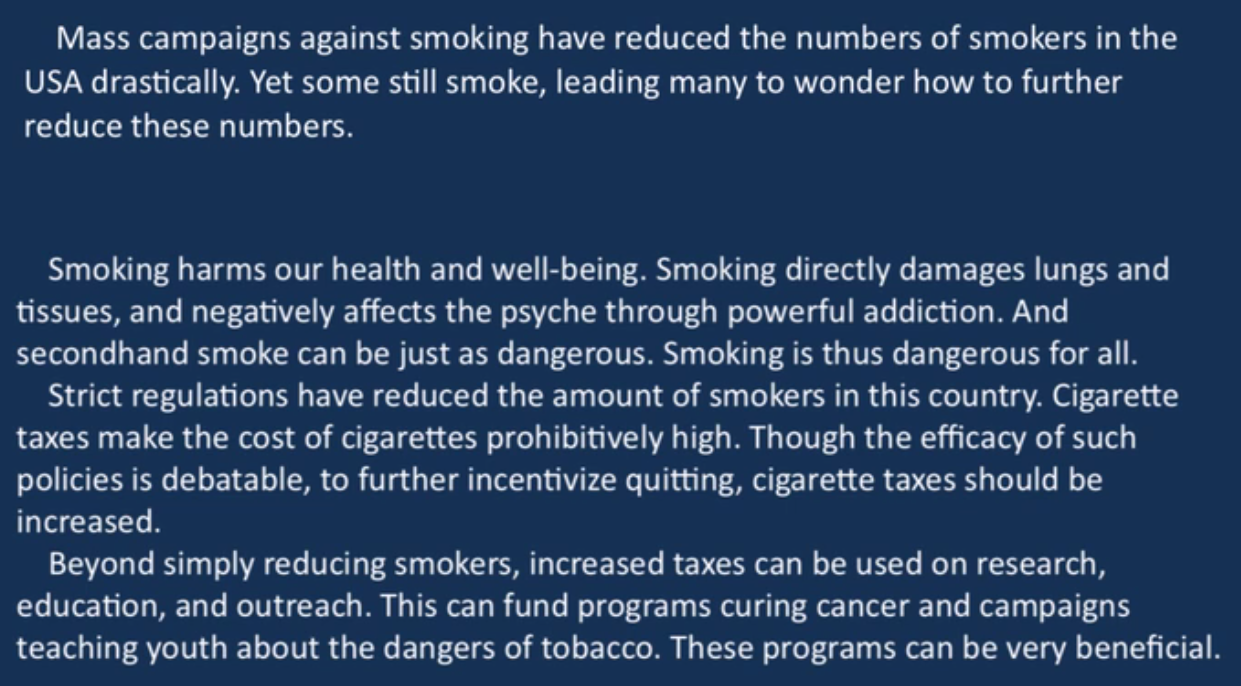 try it
Here are two potential thesis statements that you could use to fill in the blank. Read them and decide which is more effective for an argumentative essay. 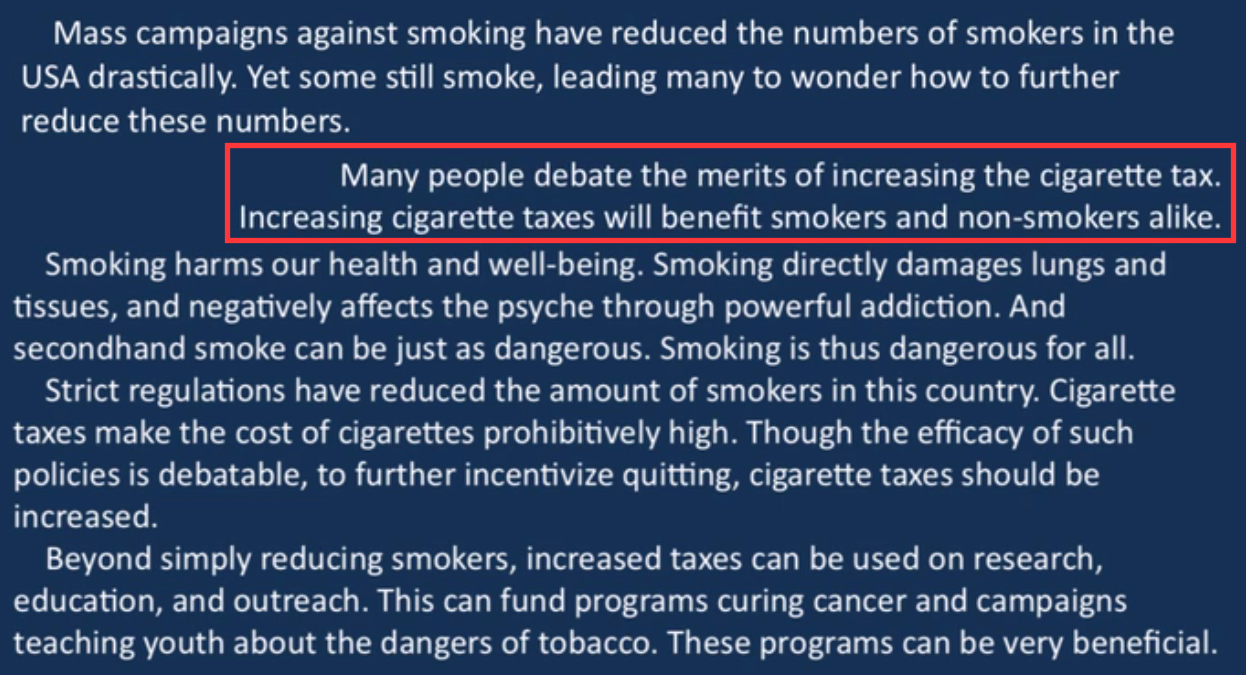 This one introduces the topic that you know this essay discusses: 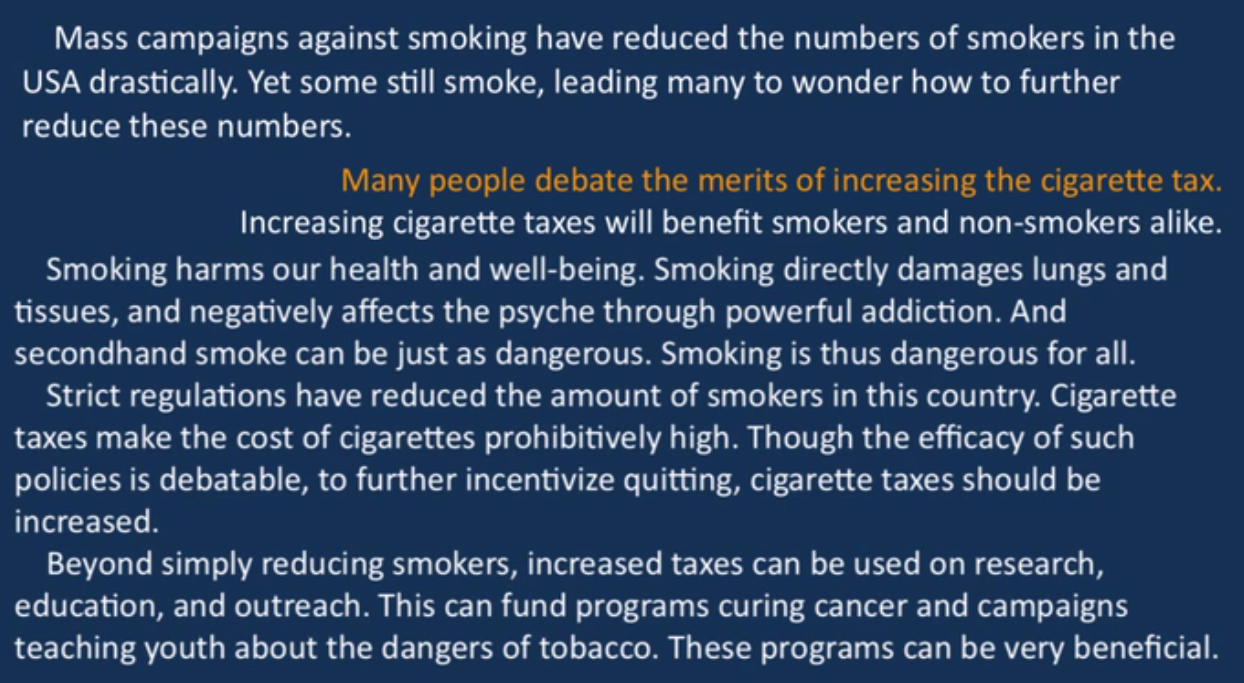 This statement indicates that there is a debate, but does it make an argument about that debate or take a side? No. It’s just not argumentative.

The other thesis statement, however, takes a side: 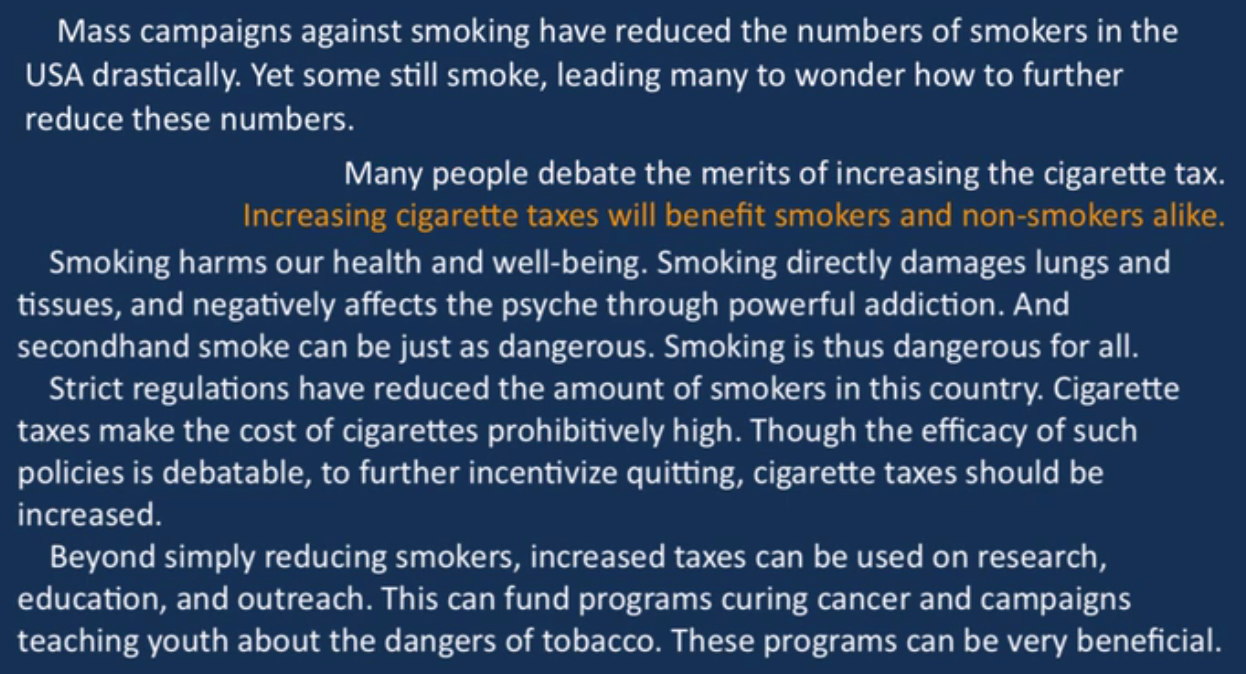 It stays on the topic, presents the debate, and then makes an argumentative claim that it wants to convince you of.

summary
In this tutorial, you learned that the purpose of the argumentative mode of writing is to take a clear position on a debatable question, and back up claims with evidence and reasoning in order to convince the reader that the position is correct. While there can be many different models, the basic structure of argumentative essays is an introduction with a thesis statement, at least three body paragraphs, and a conclusion.

Source: This work is adapted from Sophia author Martina Shabram.

A single sentence that expresses the controlling idea for a piece of writing.