Free Professional Development
Or
Close Popup
+
2 Tutorials that teach Art As Expression of Authority: Akkad and Assyria
Take your pick:
Previous Next

Art As Expression of Authority: Akkad and Assyria

Tutorial
what's covered
Power and authority were important to leaders in past empires. Rulers such as those from the Akkadian and Assyrian empires often used art to depict and express an element of authority. In this lesson, you will explore: 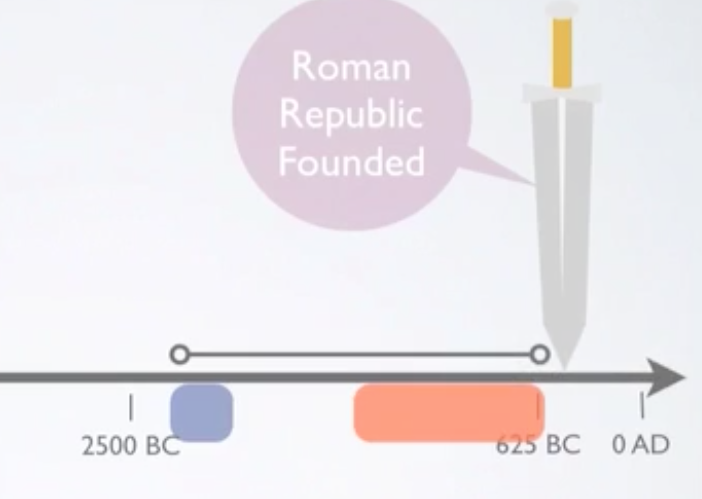 In addition to the Akkadian and Assyrian empires, you will learn about the Babylonian Empire.

did you know
Does the Babylonian Empire sound familiar to you? If so, this might be because it’s frequently referenced in the Bible. The Hanging Gardens of Babylon, one of the Seven Ancient Wonders of the World, were also there. Keep in mind that these borders (above image) were hardly set in stone, and changed considerably over time.

At one point or another, each of these empires was the dominant force of its day, ruling over most of Mesopotamia. Take a look below to see the origins of Syria in the north and Babylonia in the south. 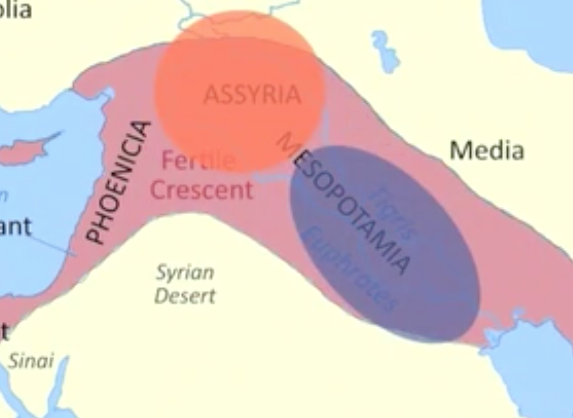 The lamassu was important to these empires. A representation of an important guardian deity of Sumerian origin, the lamassu was a potpourri of animal bits and pieces. It typically featured the head of a human, the body of a lion or bull, and the wings of an eagle.

Below is a relief figure of the lamassu from the palace of Sargon II, who was an Assyrian king, not to be confused with Sargon of Akkad.

In the image above, you can see the body of a bull, the human head, and the wings of an eagle. Note the use of twisted perspective—the head is facing the viewer, while the body is in profile.

Lamassu can be seen throughout the remains of Sargon II’s palace, and are thought to serve as protective figures, like eternal guardians made of stone.

A deity of Sumerian origin, usually depicted with a bull’s or lion’s body, eagle’s wings, and a human head

The hieratic scale, frequently used throughout ancient Mesopotamian art, refers to the use of relative size to show relative importance. The larger the figure, the more important it is.

Here is an example of the hieratic scale: 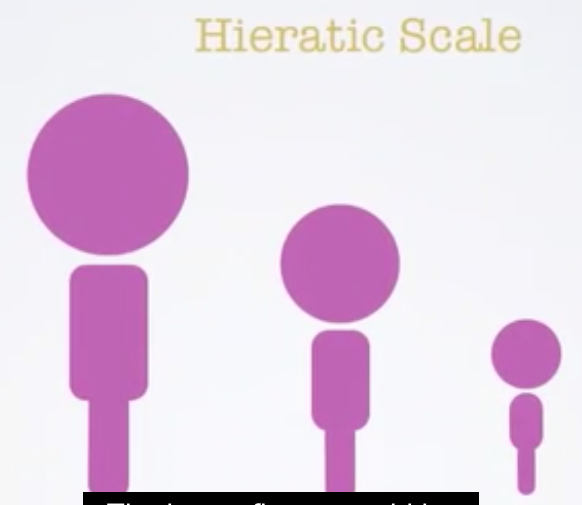 If you were looking at these three figures as a part of the same composition, the larger figure, such as a deity or king, would be most important. The next largest would be someone of importance, but less so relative to the larger figures, such as the son and heir of the king. The smaller figures would be people with the least amount of importance, perhaps enemies of the king or his slaves or servants.

Yet another example of the hieratic scale in action is the Stele of Naram-sin. Naram-sin was the grandson of Sargon of Akkad. A stele is a slab of stone or terra-cotta. It was used as a tool for communication, as well as a commemoration of an important event, such as the victory of an important battle.

Pictured here is Naram-sin’s conquest of the Lullubi people from Eastern Mesopotamia.

A slab of stone or terra-cotta, usually oblong, carved

As far as the importance of art and architecture as a means of demonstrating authority, there is another very important aspect of the stele. These rays of light here are thought to represent deities that were important to the Akkadians. Conquest under the careful observance and consent of a deity would serve to reinforce the legitimacy of Naram-sin’s rule.

Here is the Stele of Hammurabi, named after the first king of the Babylonian Empire, Hammurabi.

This stele (above) depicts two important things. First, we see Hammurabi on the left receiving the law or code of conduct for the Babylonian people from the god Shamash. This depiction serves to legitimize Hammurabi’s code, which is inscribed below him. In addition to being an example of authority and legitimacy for Hammurabi, it also serves as a means of communicating the law to his citizens.

did you know
The Code of Hammurabi is one of the longest examples of early writing, as well as one of the first sets of codified laws. It includes such laws as an eye for an eye, and throwing an alleged adulterer in the water to see if she floated or sank.

This next example is a bust of an Akkadian ruler, likely Sargon of Akkad, aka Sargon the Great.

This highly stylized bronze casting was once attached to a body, which is now lost. It was most likely a representation of royalty and authority instead of the actual appearance of Sargon himself. Portraying someone in an idealized form was a way of impressing observers and reinforcing a ruler’s authority. The damage to the eye is thought to be intentional as a way of destroying the power of the image.

The rooms in two palaces of ancient Akkadia and Assyria were decorated with reliefs depicting manly scenes, such as hunting and battle. These reliefs had two jobs:

Here is a famous relief, titled The Dying Lioness:

The lioness is shown pierced with three arrows, dragging her legs, and moaning in pain. Not only would the slaughter of dangerous and powerful animals raise credibility in the eyes of others, but this action probably served as a source of entertainment for the viewers as well. This particular relief is from the palace of Ashurbanipal, the last King of the Assyrian Empire in Ancient Nineveh in northern Iraq.

Scenes of battle with the home team winning, of course, were another popular subject for palace reliefs. Powerful rulers had powerful armies, after all. Rulers wanted to ensure that this was ingrained in the hearts and minds of their subjects and opponents.

summary
Rulers from the Akkadian and Assyrian empires often used art to express an element of authority. In this lesson, you looked at the time period and location of Akkad and Assyria.

Not only did art from this period have elements of authority, but religious aspects were relevant as well. The lamassu and the hieratic scale were explored in this lesson. Remember, the lamassu was a deity of Sumerian origin, depicted with a bull's or lion’s body, eagle’s wings, and a human head. The hieratic scale was a system representing sizes of things according to importance and based on fixed religious traditions—the larger the figure, the more important it was.

Finally, you explored the stele, and more specifically, the Stele of Naram-sin, as well as palace reliefs that decorated the palace walls. Steles were used as a tool for communication, as well as a commemoration of an important event, such as the victory in an important battle. Palace reliefs, often depicting war scenes, were meant to impress guests and display authority.

A system that represents sizes of things according to importance and based on fixed religious traditions.

A deity of Sumerian origin, usually depicted with a bull’s or lion’s body, eagle’s wings, and a human head.

A slab of stone or terra-cotta, usually oblong, carved.