ASD Definition, Prevalence, and the DSM

1. Before We Begin: A Note on Language

When discussing populations with diagnoses in general, it is important to use person-first language. This means that we refer to an individual or group as having a specific condition, disorder, etc., rather than being that label.

We put the person first, followed by any additional information that allows us to appropriately identify their unique needs. However, some individuals consider their diagnosis to be an integral part of their identity. We cannot assume a personal preference, so it is appropriate to ask patients with a diagnosis or their caregivers how they wish to be identified if you are unsure. If you are speaking about a group or population in general, it’s most appropriate to use person-first language (e.g., individuals with autism may experience difficulty with social communication, or parents of children with autism often report that…).

When discussing individuals with autism spectrum disorder with other professionals, we often use the term “patients.” This is because ABA is deemed medically necessary treatment for this population. Before the surgeon general made this distinction, the field of ABA typically used the term “clients.” These terms are now interchangeable, but “patients” is preferred. When discussing teen and adult patients, “learner” has become the preferred term based on direct feedback from these individuals.

big idea
Be aware of the language you use, and adapt it to context and audience and to maintain respect for the patient’s choice.

Autism spectrum disorder (ASD) is a neurodevelopmental disorder with a range of symptoms, including social communication and social interaction deficits and the presence of restrictive, repetitive patterns of behavior, interests, or activities.

A parent tells their child, “Come here, pick up your trash, and throw it away,” and the child follows those instructions.

You want pretzels or Goldfish? What is it?

Tell me what it is.

Who wants to start the conversation? OK. Go ahead.

Who are you talking to?

Cool. So what else could you say? You could say, what kind of cool toys?

Social interaction involves imitation, attending to others in the environment, and seeking to share social experiences.

Kids watching friends play outside with toys and imitating them to learn how to play.

A baby picking up a toy and holding it out towards their mother while smiling.

When someone walks in the room, you look up at them and say, “Hey.”

[CHILDREN PLAYING] You are a silly goose.

That's what she reminds me of.

Puzzle. Do you want to do a princess or Doc McStuffins puzzle?

Which one? Doc McStuffins or princess?

Individuals diagnosed with ASD often have deficits in the above areas. Additionally, they may demonstrate restrictive or repetitive behaviors and interests.

Tensing of hands or fingers when excited

Laying their head on the floor while playing with toys

Houston, touch D. Good. Nice job. Tucker, touch D. D. --would be an F. It was like a P-H mixed up sound. So we-- Yeah. She did a wonderful job. When she came in the classroom she sat there for a little bit with her blanket, and was just kind of just really calm. And then we just started talking. She was fine. Yeah. If you ever [INAUDIBLE] OK. Jacob. Oh, yeah. [INAUDIBLE] Go wash your hands. Thanks for standing up. You gotta look at the paper.

Yeah, it is a dinosaur. Dinosaur starts with D.

All right, what is this?

You did an awesome job matching.

Neurodevelopmental disorders are characterized by the presence of deficits that produce impairment in personal, social, academic, or occupational functioning. Symptoms must be present in the early developmental period (but may not become fully manifest until social demands exceed limited capacities, or may be masked by learned strategies in later life).

did you know
ASD significantly affects a person in many different areas of ability: it is considered a pervasive developmental disorder. This distinguishes it from other disorders, such as language delay and behavioral disorders, which affect only one developmental area.

big idea
The term “spectrum” means there is a wide degree of variation in effects on people. Every person on the autism spectrum has unique abilities, symptoms, and challenges.

A neurodevelopmental disorder with a range of symptoms, including social communication and social interaction deficits and the presence of restrictive, repetitive patterns of behavior, interests, or activities

did you know
ASD affects approximately 1 in 54 individuals. Rates of ASD are 4.3 times higher in males than females. 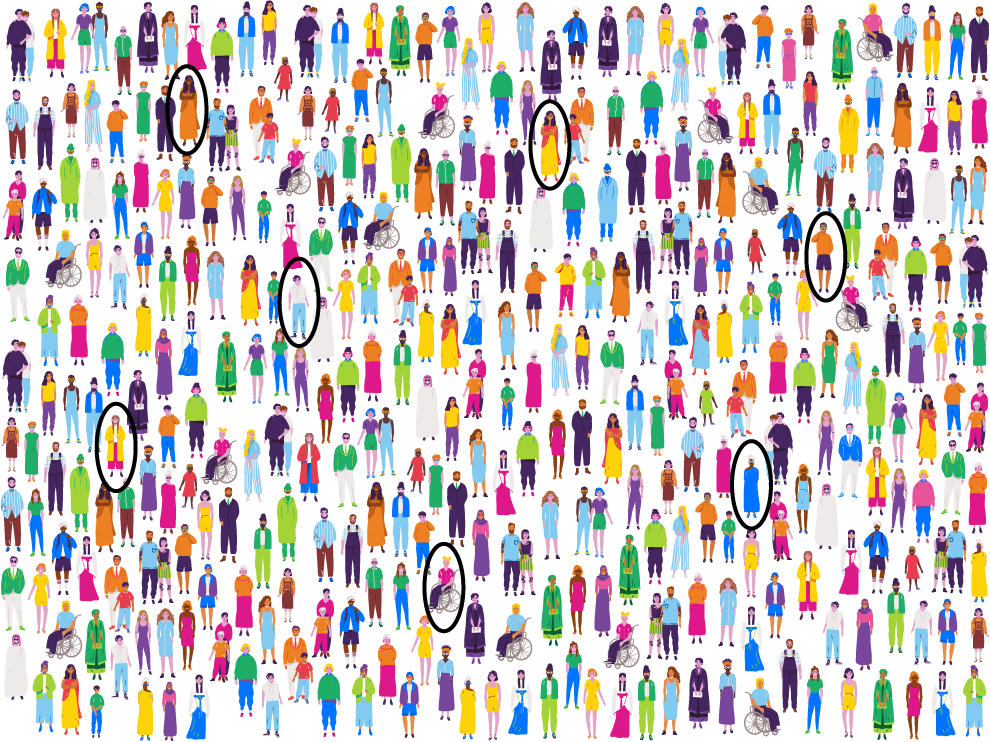 4. The DSM and Diagnostic Criteria for ASD

Developmental pediatricians, neurologists, and psychologists can diagnose ASD. Pediatricians can make a preliminary diagnosis but must refer the individual for more intensive assessment. School psychologists may give the diagnosis for purposes of classification by schools, but a diagnosis must come from one of the above professionals to be recognized outside of the school setting. No formal testing is required, but it is recommended.

Similarly, no medical assessment or blood test can clearly determine if a student has autism or another disorder or is developing typically. The diagnosis is based on the observations and judgments of a psychologist or other trained professional. These individuals use the Diagnostic and Statistical Manual of Mental Disorders (DSM) published by the American Psychiatric Association (APA).

The DSM is a classification of mental disorders with associated criteria designed to facilitate more reliable diagnoses of these disorders. With successive editions over the past 60 years, it has become a standard reference for clinical practice in the mental health field (APA, 2013). It is used to diagnose mental and behavioral conditions. In May 2013, APA released the fifth edition, or DSM-5, which is the current version used for diagnosis.

a. Social communication and social interaction deficits
b. Restrictive, repetitive patterns of behavior, interests, or activities
c. Symptoms must present in early development period
d. Symptoms together cause significant impairment in other areas of everyday functioning
e. Symptoms are not better described by another DSM-5 diagnosis
hint
It is also worth noting that challenging behaviors, such as tantrums, aggression, and property destruction are still not part of the ASD diagnosis, despite the fact that they are common in the ASD population.

This is to say that the vast majority of these challenging behaviors in individuals with ASD are learned behaviors that result from deficits in communication. They are not core ASD symptoms in and of themselves.

Finally, most applied behavior analytic service providers are unfamiliar with the diagnostic process. Greater familiarity with this process will likely provide treatment providers with a richer source of information about their learner’s history and functioning level. This increased understanding will provide opportunities for more finely customizing treatment programs.

summary
In this lesson, you learned the answer to the question, What is ASD? We define Autism Spectrum Disorder as a neurodevelopmental disorder with a range of symptoms, including social communication and social interaction deficits and the presence of restrictive, repetitive patterns of behavior, interests, or activities. The prevalence of ASD has increased dramatically over the past several decades, affecting approximately 1 in 54 individuals.

Developmental pediatricians, neurologists, and psychologists are able to diagnose ASD, using the Diagnostic and Statistical Manual of Mental Disorders, or DSM, published by the American Psychiatric Association (APA), and its diagnostic criteria for ASD.
Terms to Know

A neurodevelopmental disorder with a range of symptoms including social communication and social interaction deficits and the presence of restrictive, repetitive patterns of behavior, interests, or activities