Benefits of Philosophy and Ethics

Given multiple statements, identify which represents a benefit of philosophy.

(more)
See More
Tutorial
what's covered
In this tutorial we will begin with a reminder of the nature of philosophy, then move on to see how thinking critically can help in various aspects of our lives. Our discussion will break down like this:

2. Benefits of Philosophy to the Individual

In everyday conversation we express opinions about lots of things.

You might ask a friend why she holds the opinion she does. Perhaps you aren’t convinced by her answer and ask “why?” again, and so on.

You cannot ask “why” all the time—at least not if you want to keep some friends. But this is a great way to find out if a claim to knowledge is really justified, or just a mere opinion. Thinking critically about claims to knowledge is thus often achieved by asking for reasons—that is, asking “why?”.

Once you get used to asking for reasons, you will be able to see how arguments are formed, namely by offering reasons for claims. This activity will also make you better at presenting your own arguments in an effective and orderly way.

big idea
Whether you are debating with a friend or writing an essay, thinking critically will enable you to communicate your ideas.

3. Benefits of Philosophy to Society

How many times have you been debating with someone and one or both of you wanted to stick to your own view no matter what is said? If you disagree with each other here, it only tells us that you have different opinions, but doesn’t help us get to the truth of the matter.

If we both dogmatically insist that our own favorite philosopher is better, there would be no way that we could objectively weigh up the strengths or weakness of either philosopher.

There are many things that can make us not see past our own views. Sometimes we feel like a criticism of our view is an attack on ourselves; this can make us defensive. But if we try to evaluate the reasons on their own merit, then bias will be less likely to direct the debate. Thus we could work through disagreements rationally.

Just like personal biases, there can be unquestioned customs or traditions in society. We can approach these critically as well, making society more rational as we uncover unreasonable ways of thinking and acting.

Ethics is especially suited to philosophical inquiry since it often deals with truths that cannot be wholly determined empirically.

If someone asked you “what is the good?”, where in the world would you find “the good”? It is not something you can pick up or put under a microscope. The best you could do empirically would be to point to something that you believe is an instance of the good, say someone giving to charity.

But there are many ways of being good, and giving to charity would only be one. What we wanted to know is what the good is, not one instance of it.

There are many other examples of ethical questions that need to be approached philosophically. For instance:

In each case, you need to determine what is ethically desirable in order to make a choice. And as we have seen, this is not something that can be determined through purely empirical inquiry. More specifically, an ethical framework is needed to make a choice.

Imagine you are faced with the choice between buying a new car or paying for all your extended family to visit you at Christmas. Which should you choose?

If you have no idea about what is morally better or worse, there is no way you can make an ethically informed decision. But if you have a broad framework for what we ought to do, then you are in a position to choose.

For instance, if you thought we ought to act so there was the most happiness for the most people, then you would be able to decide: you would choose to pay for your family’s visit.

Philosophy is especially helpful for ethics because we tend to be more invested in ethical claims.

If we are defensive about our moral judgments, our debates can become less rational. Thinking critically about our own and others’ moral judgments is thus needed here. Thinking about why we hold certain ethical views will help to understand these views better.

Although we need to be critical, there must be some generally accepted ideas about right and wrong. Without this our interactions with one another in society would become very difficult. For example, you would always be on alert if people did not generally think stealing was wrong.

We take for granted many of the morals we live by. But this has not always been the case. Some morals are marginal at the beginning, and only become widespread after political struggle.

Consider the development of anti-slavery. 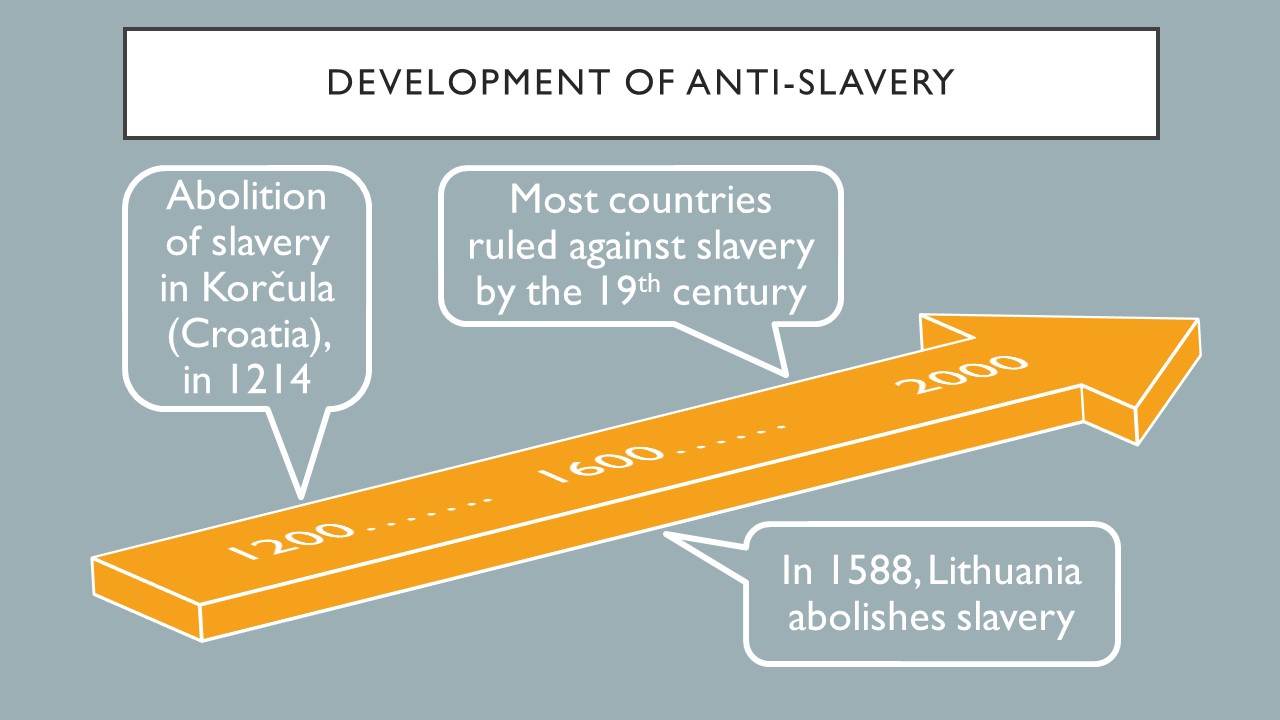 As you can see, the rise to prominence of the moral idea that all people are equal did not happen overnight. Progress towards equality continues to this day. The United States in the 20th century, for instance, has been home to many developments.

summary
We started this tutorial with a review of philosophy, considering some of the core characteristics of philosophical inquiry. Then we looked at the benefits of philosophy to the individual and found that asking for reasons and thinking critically is the basis of clear and rational ideas and communication.

We saw that the benefits of philosophy to society included the uncovering of bias in each other and society as a whole. Then we saw that philosophy and ethics share the goal of pursuing truth, before we finally considered some of the benefits of ethics, such as the spread of ethical ideas through political developments.
Rating Header
Poor
Fair
OK
Good
Great
© 2021 SOPHIA Learning, LLC. SOPHIA is a registered trademark of SOPHIA Learning, LLC.