Calculate the interquartile range of a given set of data.

(more)
See More
Tutorial
what's covered
This lesson discusses calculating the range of data. You will be able to determine both the range and the interquartile range of a data set. This lesson covers:

If you recall from the eight steps of the experimental method, step seven asks to revise the guess if the prediction is wrong, and return to step two. If the prediction looks right, you need to start testing again from step four to verify the results.

think about it
Why would you want to keep testing?

As you continue testing, you help assure a minimal degree of variability in the test, which in turn helps validate the results of the test that you’re conducting.

Finding the range of a data set means finding the smallest value, known as the minimum, and the largest value, which is known as the maximum. The range is simply the difference between the maximum and the minimum values. The range is a measure of variability or spread, meaning that the larger the range, the more spread out the values in the data set are.

hint
Keep in mind that if the data set has extreme values, the range may not accurately represent the spread of the data.

Say you’re dealing with incomes of people, a situation where there’s going to be a very large range. You could have very low income, maybe a few thousand dollars a year, and you could have a very high income, potentially tens of millions of dollars per year. Obviously, this is an extreme range. It’s not going to give you a good sense of how well those incomes are distributed.

Take a look at this graph of the average monthly rainfall in San Francisco: 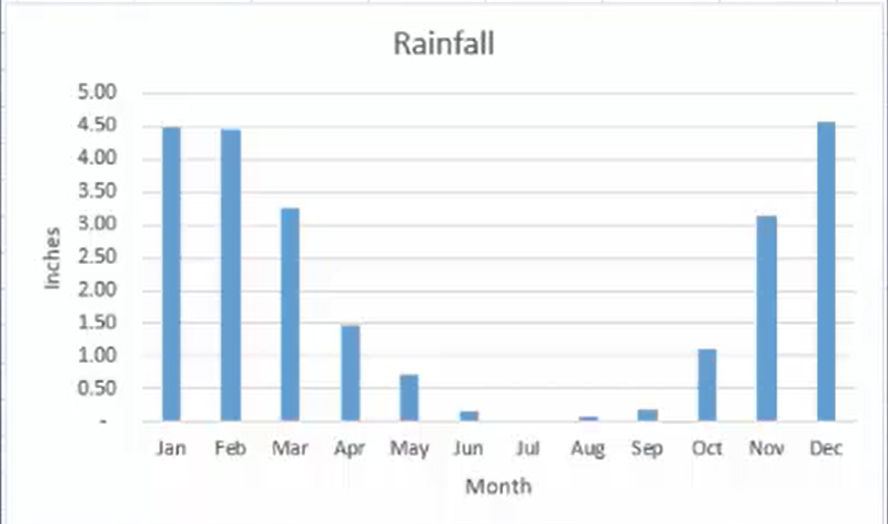 think about it
How do you figure out the range of this particular data set?

Arrange the numbers from smallest to largest. July has the least amount of average rainfall with zero inches. In December, they received 4.57 inches. Take the difference, which is 4.57, and that is your range.

The difference between the maximum and minimum values

Sometimes, however, you might be interested in determining how an observation falls into a specific range in order to make comparisons to other observations. In some cases, splitting your information into groups called quartiles, which each represent 25% of the data, can be useful.

A chart of men’s heights will have a normal distribution. The median height for men, as shown below, is roughly 70 inches. The quartiles are broken down here: 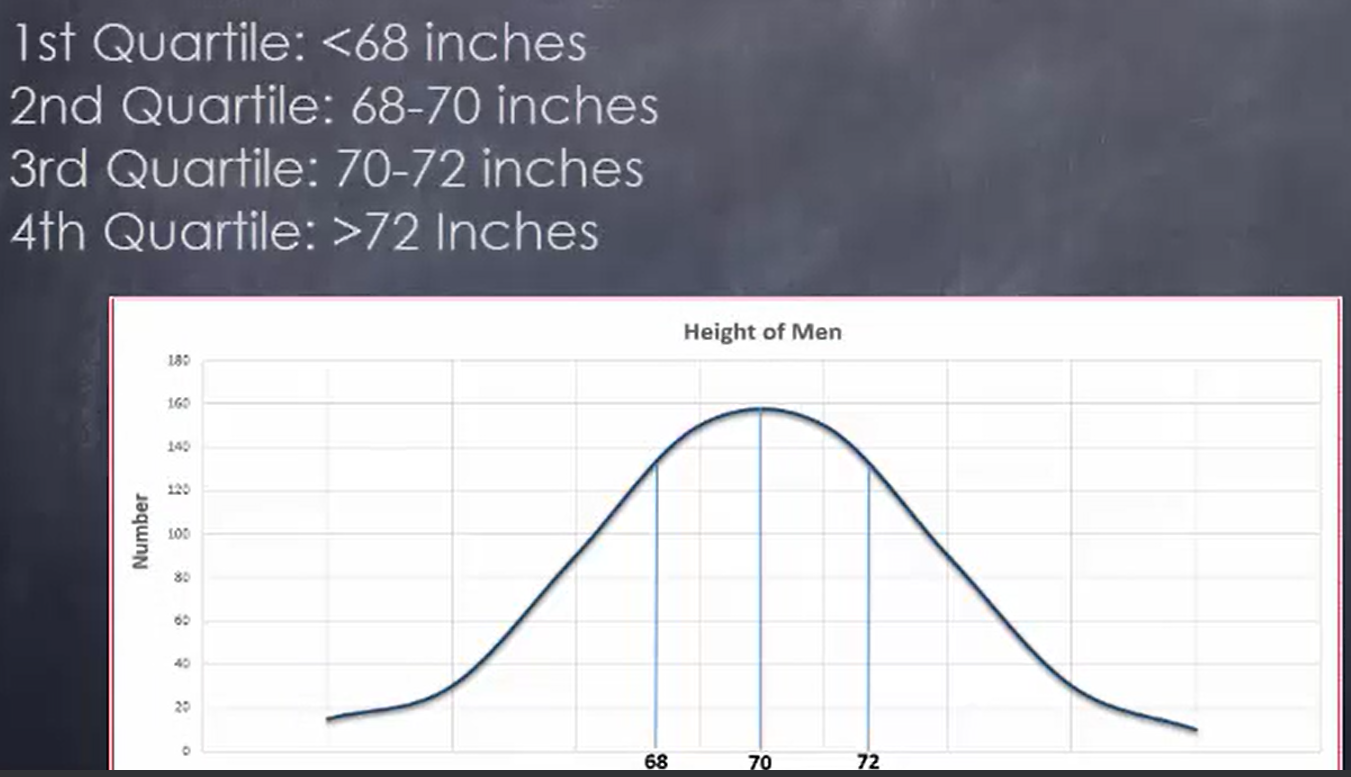 So how do we go about figuring this out?

Let’s look at a hypothetical data set that involves the income of 25 to 34 year olds:

1. Sort the data from smallest to largest value and divide it into two halves.

The midpoint of an evenly numbered data set can easily be found by adding the two middle values and dividing by 2:

2. Find the middle value of the first half. This will the first quartile or Q1.

3. Find the middle value of the second half. This will the third quartile or Q3.

Represents the middle 50% of the data set

Represents the middle 50% of the data set

The difference between the maximum and minimum values