Calculate a z-score from a given mean, standard deviation, and x-value.

Tutorial
what's covered
This lesson discusses calculating z-scores. You will understand what a z-score actually is, and be able to determine one if you were given a mean and a standard deviation of a normally distributed variable. This lesson covers:

Remember from previous lessons that normal distributions have bell-shaped curves. 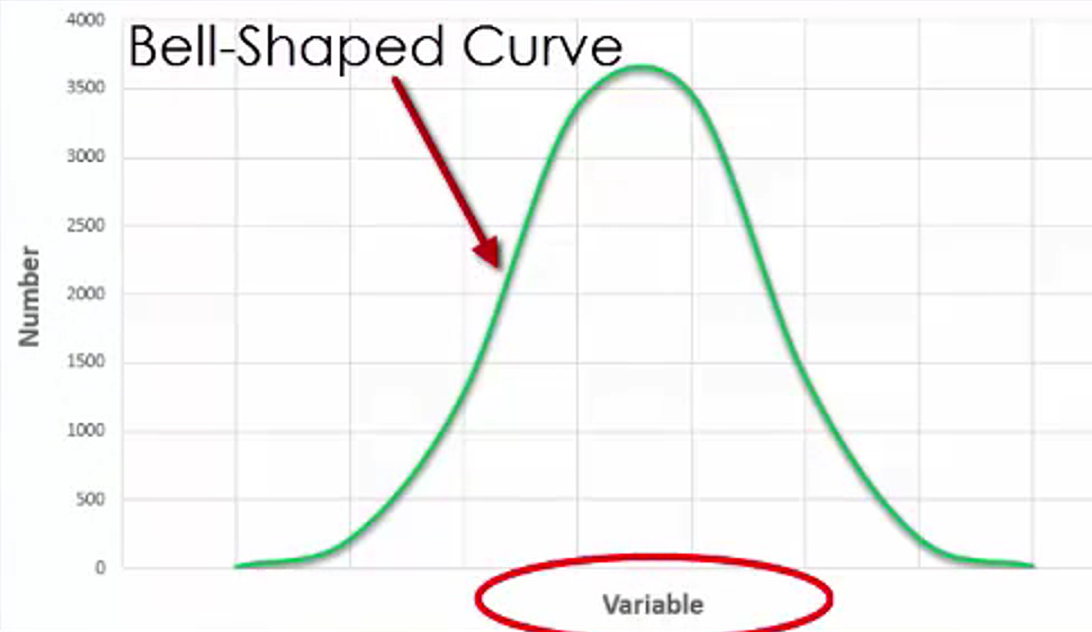 Remember that population data comes from a larger realm of all values of a specific variable while sample data comes from a smaller number of observations that are chosen by the researcher. While the mean and the standard deviation can be from either a sample or population when applied to the z-score formula, in this specific instance we will only look at data that comes from a sample.

There are a variety of different situations in which you might want to convert data into a z-score. One of these could be test scores such as the ACT or the SAT.

Or, suppose you want to measure the size of a particular species specimen. Looking at z-scores would be helpful if you’re interested in whether or not it happens to be a relatively large specimen or a relatively small one.

Looking at economics, you could get a sense of the distribution of household income and the probabilities associated with whether a particular household falls in a relatively high or low range in this regard. By converting values of a variable into z-scores, you are able to make certain that you adhere to a standard process for analyzing data.

2. Properties of a z-Distribution Graph

Notice that you have individual numbers that represent how many standard deviations away from the mean a particular point lies. On the horizontal axis, one unit is equal to one standard deviation of the z-distribution.

Suppose you were to look at the morning commute times for Americans. They are normally distributed with a mean of 25 minutes and a standard deviation of four minutes. The graph here illustrates this distribution, as well as where the mean is located and the points that are one standard deviation to the left and right of the mean.

There are often values of a variable that don’t directly correspond to a whole number of standard deviations away from the mean.

try it
What would the z-score for someone with a commute time of 16 minutes be?

What would the z-score be for someone with a commute time of 39 minutes?

Knowing a z-score can help you determine how likely it is that an event will occur.

summary
This lesson reviewed the relationship between normal distributions and z-scores. You should now be able to determine a z-score given a mean and standard deviation of a normally distributed variable. You also looked at the properties of a z-distribution graph. The z-score represents standard distributions above and below the mean. You also practiced calculating a z-score using an example of commute times.