Tutorial
what's covered
This tutorial will discuss confidence intervals, specifically those that use the t-distribution. Our discussion breaks down as follows:

When calculating the confidence interval for a sampling distribution, you would normally take the sample mean plus or minus some number of standard deviations times the standard error, or

Since you're using s as a stand-in for sigma, you need to use the t-distribution instead and come up with the following formula:

An interval we are some percent certain (eg 90%, 95%, or 99%) will contain the population parameter, given the value of our sample statistic.

A distribution similar to the normal distribution but with fatter tails. Depending on the sample size, it does not diminish toward the tails as fast.

To construct a confidence interval for population means using the t-distribution, the following steps must be followed:

Many times, consumers will pay attention to nutritional contents on packaged food so it's important to make them accurate as to what the food product actually contains. Suppose, for example, that the stated calorie content for a particular frozen dinner was 240.

A random sample of 12 frozen dinners was selected, and the calorie contents of each one was determined.

First, enter all 12 values. Go to the Formulas tab, and we will use the formula AVERAGE under the Statistical option to find the sample mean and highlight all the values. 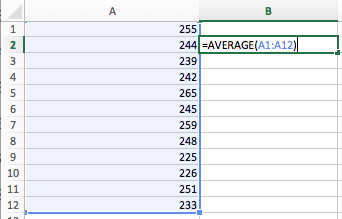 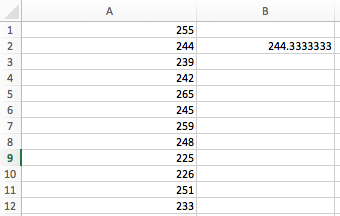 The sample mean is 244.33 calories. To find the sample standard deviation, again go under the Formulas tab, and select STDEV.S under the Statistical option. Highlight all 12 values. 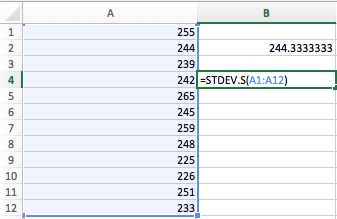 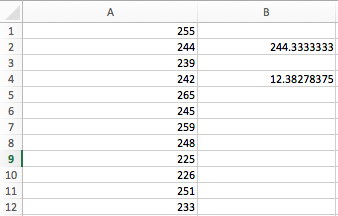 The sample standard deviation is 12.38.

Step 1: Verify the conditions for inference.


Let's go back to our example to check the requirements of randomness, independence, and normality. 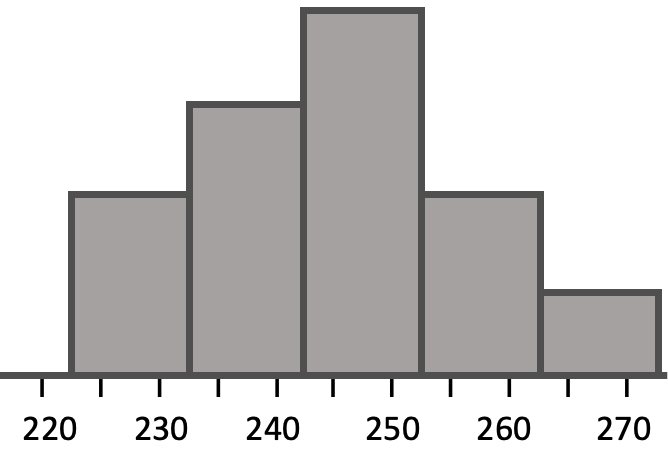 Reviewing the formula, we need the sample mean, the sample standard deviation, the sample size, and the t-critical value. We have already figured out the information about the sample with the help from Excel:

We know that 244.33 is the sample mean and the standard deviation is 12.38 when we used the data of the 12 dinners. This information also tells us that the sample size is 12. What we still need to do is figure out what that t* value is going to be.

To find this value, we need a t-distribution table. We need a t* that will give us 90% of the t-distribution. 90% confidence interval would mean that there is 10% remaining on either side for the two tails, or 5% for each tail.

Looking at the table, we can match this information with the values 0.05 in the row of one-tailed or 0.10 in the row of two-tailed. We can also look all the way down at the bottom and see that there is a row that says "Confidence Interval." There is 50%, 60%, 70%, 80%, 90%, etc. Either one of those justifications is reason enough to use this column.

So we need to look for the corresponding value inside that table that matches with 11 degrees of freedom and 90% confidence interval.

Now we have all the information needed in order to create our confidence interval. Construct it as x-bar plus or minus the t critical value times the sample standard deviation divided by the square root of sample size.

An interval we are some percent certain (eg 90%, 95%, or 99%) will contain the population parameter, given the value of our sample statistic.