Identify the accounts affected in an adjusting entry and calculate the amounts for the adjusted trial balance sheet.

An adjusting entry is an entry that is made at the end of an accounting period to report any unrecognized income or expenses for that period.

As mentioned in the definition, adjusting entries are entered at the end of the period, not the beginning. They are not recorded as part of the daily activity.

Now we're going to look at examples of different types of adjusting entries and how they would be created in the general journal.

In the initial transaction, we received $12,000 of cash on July 1, 2012, for monthly services through June 30, 2013, so on that date, we recorded the cash and the unearned revenue. Note, it's unearned revenue because we haven't performed the services yet.

Initially, we paid $12,000 for an insurance policy that includes coverage through June 30, 2013. You can see that we purchased that on July 1, 2012. We recorded our prepaid insurance, and cash being paid for it.

Our adjustment, now that expenses have been incurred during the period, is to record the insurance expense and reduce our prepaid insurance for the six months that we have covered.

Initially, we incurred $5,000 of salaries in December of 2012 that were paid in January 2013. So, initially we didn't record anything.

The adjustment is to record the expenses that we incurred, so at the end of the year, we have to record our salary's expense, and then record our accounts payable, or that money that is owed for those salaries.

The adjustment we have to make is to record the revenues that we earned, "earned" being the keyword. In compliance with the matching principle, at 12/31/12, we have to record accounts receivable--the money that we're going to receive from our customer--and recognize that revenue of $20,000 that we earned in December.

What is the adjustment? Well, $5,000 of those supplies were used during the period to help generate revenue for the business. Therefore, a twofold adjustment is needed. We have to record the expense of supplies that were used, and we also have to reduce that supplies asset to reflect the appropriate balance of the supplies account.

Adjustment-wise, we need to record the portion of the equipment's useful life that has been utilized, so at the end of the year, we have to record depreciation expense. We also recorded accumulated depreciation, which is where we track the total depreciation for that piece of equipment. 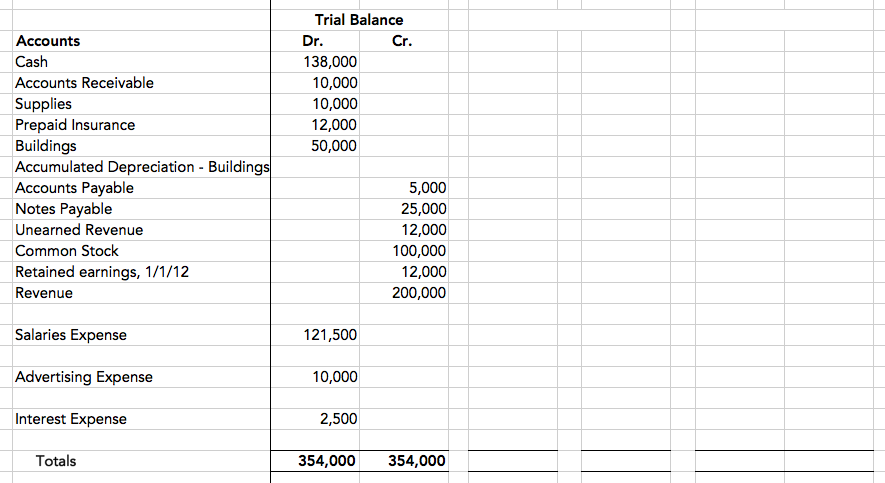 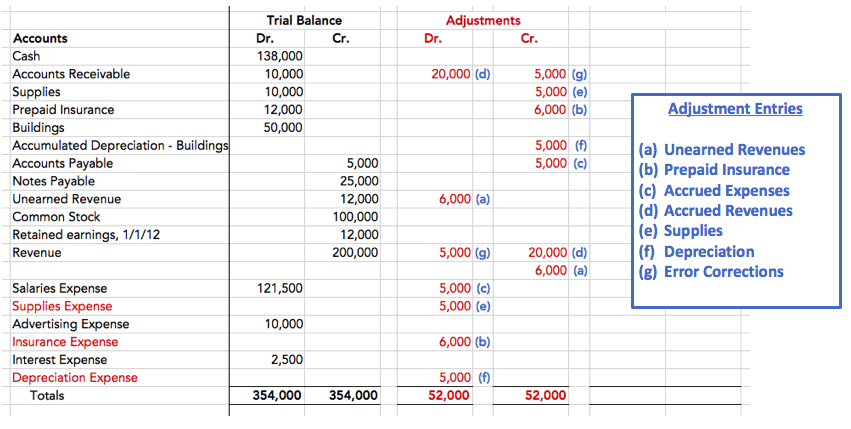 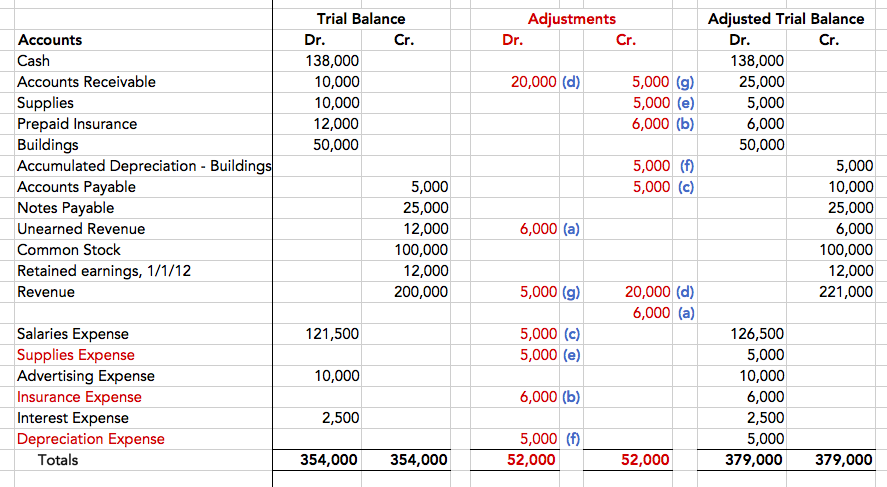