Interpret the ratios that determine how effectively a company can handle its debt.

Tutorial
what's covered
In this lesson, you will learn about ratios that determine how effectively a company can handle its debt. Specifically, this lesson will cover:

Debt management ratios measure a firm's ability to repay its long-term debt. Two ratios that will be discussed today are:

The debt ratio is a financial ratio that indicates the percentage of a company's assets that are provided by debt. It is the ratio of the total debt, which is the sum of the current liabilities and the long-term liabilities, divided by the total assets.

The higher this ratio, the greater the risk is with the firm's operations. Additionally, a high debt ratio may indicate a low borrowing capacity of a firm. This, in turn, will lower the firm's financial flexibility. Like all the other ratios, a debt ratio should be compared with the industry average, or with their competition.

Let's take a look at the balance sheet for the ABC Company. 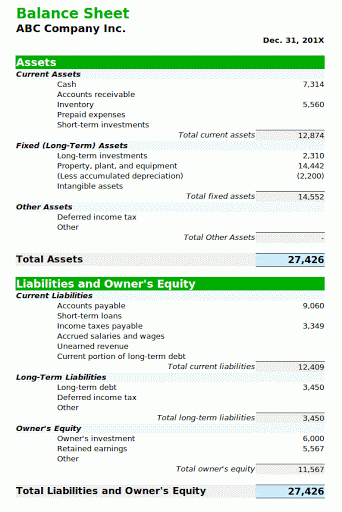 A ratio that indicates the percentage of a company's assets that are provided by debt.

It is calculated by dividing the EBIT, earnings before interest and taxes, by the interest charges.

It is a great tool for measuring a company's ability to meet its debt obligations. Typically, it's a warning sign when the interest coverage falls below 2.5. When the times interest earned is less than one, the company is not generating enough cash from operations to meet its interest obligations. The company would either have to use cash on hand to make up the difference or borrow funds.

Let's take a look at another fictitious company. 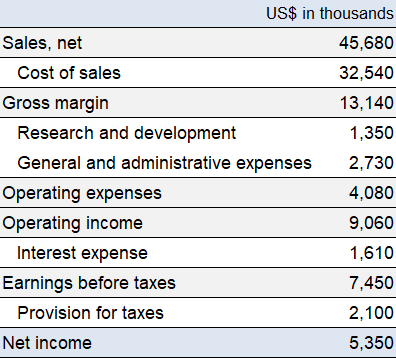 A ratio that measures the company's ability to honor its debt payments.

summary
In this lesson, you learned about the debt ratio, which measures a firm's ability to repay its long-term debt by indicating what percentage of the company's assets are provided via debt, calculated by total liabilities divided by total assets. The higher the ratio, the greater the risk associated with the operation. The times interest earned ratio, or T.I.E., is a measure of a company's ability to honor its debt payments. It can be calculated as earnings before interest and taxes, divided by the total interest payable. Times interest earned, also called interest coverage, is a great tool to use when measuring a company's ability to meet its obligations

Source: THIS CONTENT HAS BEEN ADAPTED FROM LUMEN LEARNING'S “DEBT MANAGEMENT RATIOS” TUTORIAL.

A ratio that indicates the percentage of a company's assets that are provided by debt.

A ratio that measures the company's ability to honor its debt payments.