Determining Likelihood of a Mean

Identify means that are unlikely to occur in a given sampling distribution by computing two-sided tail areas.

Remember that when taking your random sample, the sample means will generally follow a normal distribution if the population is normally distributed or the sample size is sufficiently large. Knowing this, you are focused on the distribution of the sample means and not concerned with the individual values of a variable. Recall that if you were given a sample mean, you can determine a z-score.

When looking at a normally distributed variable, approximately 68% of observations will fall within one standard deviation of the mean, being either greater than or less than the mean value.

This being the case, 95% of sample means will have a z-score that falls between -2 and 2. Sample means in this range indicate that they are likely to occur within a particular sample.

2. Determining the Probability of a Mean

When you know the z-score of a sample mean, you can determine the probability of its occurrence by looking up an area corresponding to the specific z-score in a z-table. 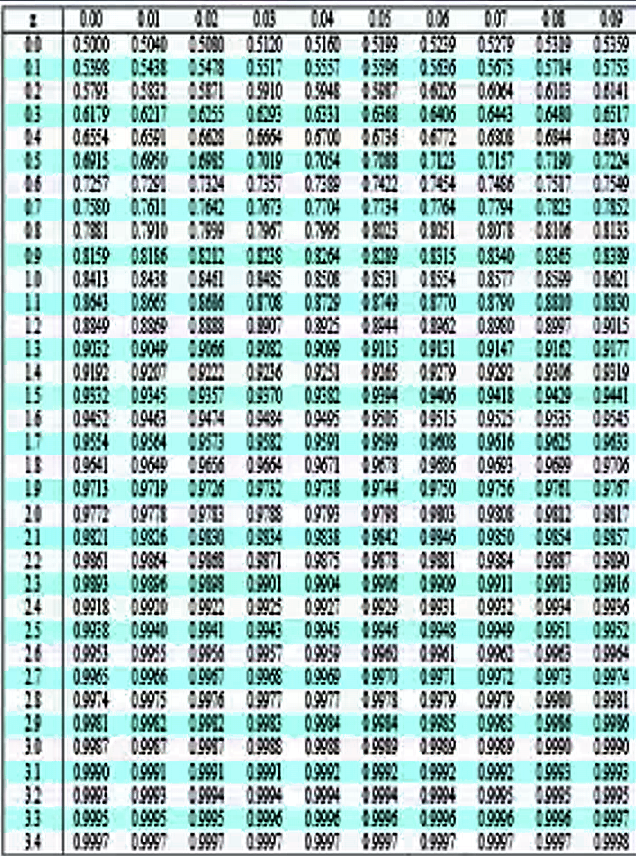 The area, which extends from the z-score moving away from the mean, is called a one-sided tail area.

Consider the number of friends you may have on Facebook. If the population mean is 175 and the standard deviation is 40, the large majority of observations, roughly 95% of them, will fall between the range of z-scores of -2 and 2, or between 95 and 255 friends.

In this distribution, it would be improbable that the number of Facebook friends of a randomly chosen person would be a very high number, such as 500. It would also be quite improbable that it would be very low, such as 20. On the other hand, some very probable numbers of friends for a randomly selected person would be 150 or 220; in other words, values that fall within a couple of standard deviations of the mean number of 175.

Suppose that you were interested in the distribution of women’s shoe sizes, and knew that the mean of the population was a size 8.4, and a population standard deviation was 1.3. How can you determine the probability of the sample mean being equal to a particular shoe size?

think about it
Is a 0.38 score probable or improbable?

Since this is less than one standard deviation above the population mean, it is very probable that a sample mean could be equal to 8.45.

Consider an unusually high value of a size 8.8 and see how probable a sample mean size greater than that value is to occur. As you can see in the graph, this value falls on the far right side of the distribution. The z-score for this value is determined as follows: 8.8 minus 8.4 divided by 0.13, which is approximately equal to 3.08.