When evaluating the results of an experiment, it is important to know if the results fall in the region of rejection so that you are able to reject the null hypothesis and suggests that the alternative hypothesis may be credible. Additionally, there are a variety of other uses for both the null and alternative hypotheses other than establishing whether or not a cause-and-effect relationship between two variables exists. However, you will not be covering these in this lesson.

2. Significance Level and Region of Rejection

A significance level indicates that part of a normal distribution contains values that are unlikely to contain the population parameter that you are estimating by engaging in random sampling. This level, also known as an alpha level, will always be equal to 5% and corresponds to results of experiment that are unlikely to occur when the null hypothesis is actually true. Results that fall in the region of rejection are considered to be significant. It is essential to identify when results fall in the region of rejection, as this tells us that the null hypothesis may be faulty. 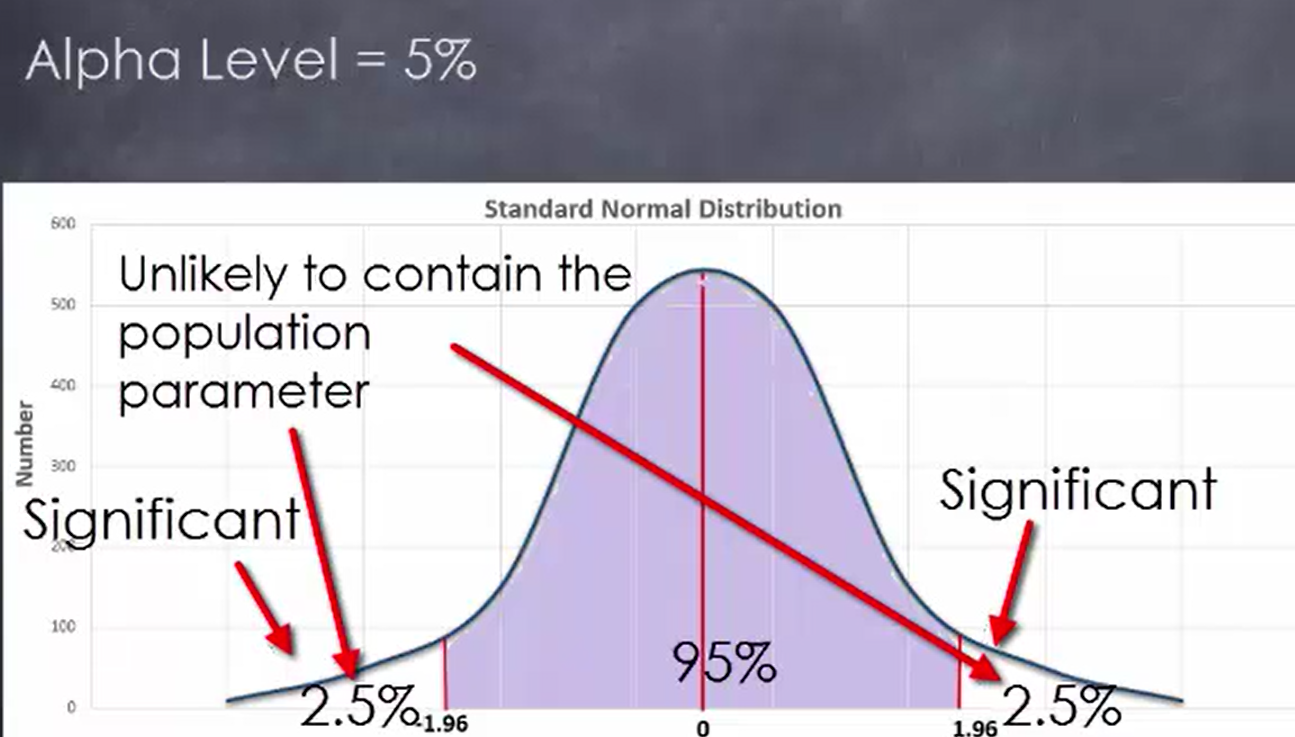 Consider the number of hours that a student spends preparing for a major exam and the score they receive on that exam. In this instance, the null hypothesis states that regardless of the amount of time one studies, it will not have an impact on the exam score. Since common sense tells us that studying does have an effect on how well one does on an exam, you would expect the results of such an experiment to fall within the region of rejection.

As indicated in the graph shown here, the range of rejection falls in the tail area, so the results of the experiment regarding time spent studying and exam scores would be expected to fall in this area. In the event that one continues getting such results as the experiment is continued, there is reason to reject the null hypothesis and suggest that the alternative hypothesis might be valid. In the case of the studying experiment, such an alternative hypothesis could be that the amount of time one studies for an exam has an effect on exam success.

summary
This lesson looked at the relationship between hypotheses and significance. A null hypothesis can be rejected based upon results falling into the significance level and region of rejection.