Or
Close Popup
+
2 Tutorials that teach Ecology
Take your pick:
Previous Next

Identify emergent properties at different levels of the organism organization.

(more)
See More
Tutorial
what's covered
This tutorial will cover the topic of ecology. We will discuss the various levels of organization of organisms within ecology, as well as explore several real world examples.

Ecology, our key term for today, is a core subject of study within environmental science, and is therefore important for us to discuss. It is the study of the distribution and abundance of organisms, and their interactions with the living and nonliving parts of the environment.

The study of the distribution and abundance of organisms, and their interactions with the living and nonliving parts of the environment.

There are multiple levels of organization within ecology. The smallest is a single organism, and the levels go up to population, community, ecosystem, and finally, the biosphere. 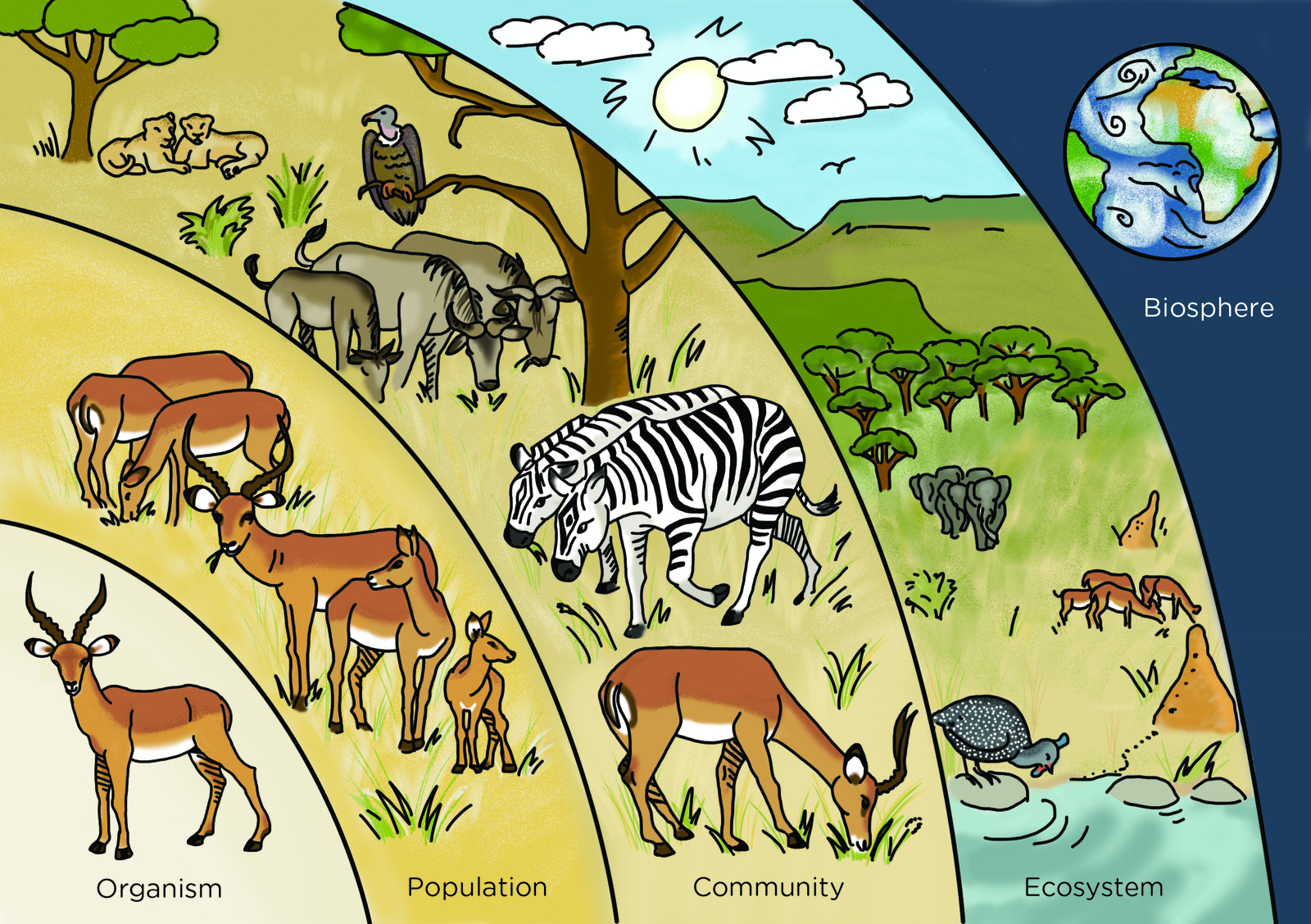 At each new stage, there are emergent properties that can be observed that were unseen at the smaller level before it.

An organism is an individual living thing. When people talk about organisms, most people tend to think of animals. But organisms include fungi, animals, plants, as well as algae and bacteria.

The next level of organization above organisms is population, which is all the members of a single species in a given area.

Emergent properties of populations include:

The next level in scale is the community. Community is all the populations of species within a given area and time.

Its emergent properties are:

Emergent properties at this level include:

concept to know
Important to note is the concept of habitat, which is the area within an ecosystem that a particular species inhabits. Habitats are comprised of both biotic and abiotic factors.

Niche is another important concept, which is all the abiotic and biotic factors that affect and influence a particular species. It extends beyond a species' habitat because it deals with everything that impacts the species.

The biosphere is the highest level of ecology organization and includes all ecosystems on the planet, or all parts of the planet that contain life.

Emergent properties at this level include:

Let's look at a couple of examples, and see what organism organization looks like in the bigger picture.

An ant is an example of the lowest level of organization — the organism level. Different ant species prefer different habitats. This particular ant makes its home in a forest and lives in a tree. Its habitat includes the tree, the rain, the humidity that are in this area, and the food sources it consumes.

Its niche includes these things as well as other nearby species' actions that might impact this ant, such as a different nearby ant species who are competing for similar resources.

The ant's ecosystem would include a large region around it, filled with various species and other abiotic factors. 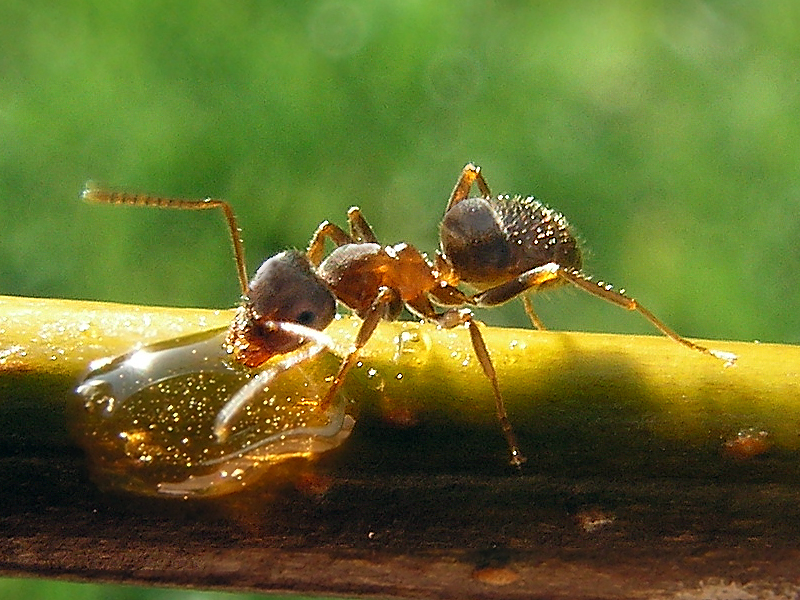 Its niche would be breaking down waste in the forest, such as leaf litter to eat. Its niche would also include how it is affected and distributed as a result of available nutrients and weather patterns, such as rainfall and sunlight.

Its ecosystem would include the forest and species around it, and the local weather, as well as any potential consumers that might want to eat it. 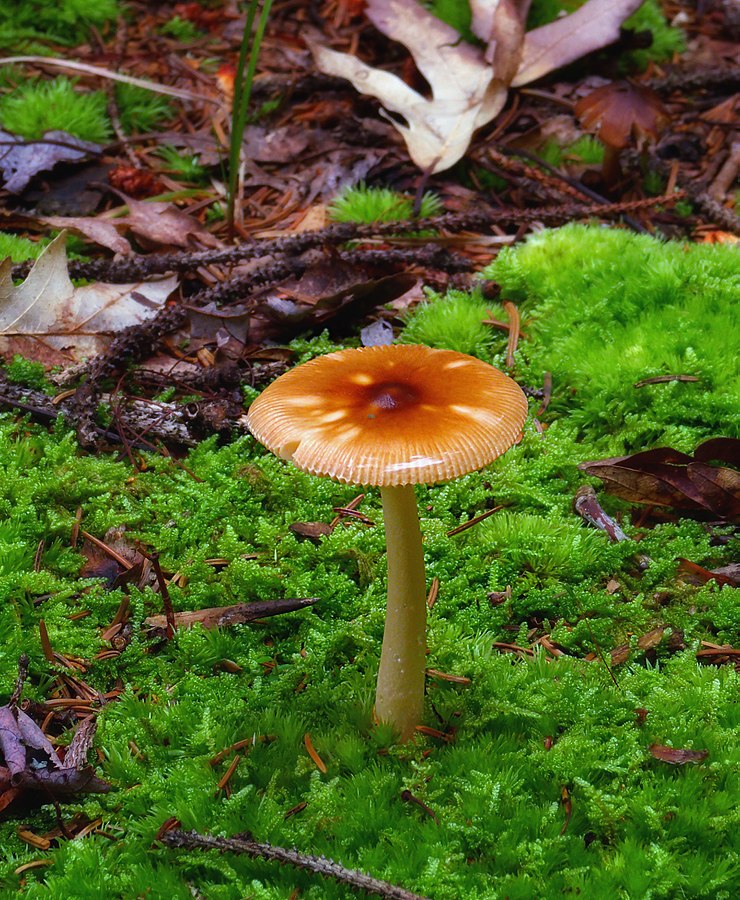 summary
Today we learned about ecology and its various levels of organism organization: organisms, population, community, ecosystem, and biosphere. Important to note are the concepts of habitat, which is the area within an ecosystem that a particular species inhabits, and niche, which is all the abiotic and biotic factors that affect and influence a particular species. Our key term was ecology, which is the study of the distribution and abundance of organisms, and their interactions with the living and nonliving parts of the environment.