Or
Close Popup
+
2 Tutorials that teach Endangered Species
Take your pick:
Previous Next

Throughout history, there have been five major extinctions. We are currently living during what is considered by some scientists to be the sixth major extinction, also termed the Holocene extinction.

Species extinction is a natural ecological process. However, it is currently happening at a rate much higher than the historical average due to human activities — the most detrimental one being habitat loss from human activities, followed by pollution, invasive species, and the taking of species from the environment.

hint
Important to note are keystone species, which are those that, when impacted, can affect a large number of other species in an ecosystem because many systems are connected to them.

A species that has gone extinct is the Chinese river dolphin. Shown below, it is thought to have gone extinct around 2006, when a research team spent six weeks attempting to find any of it in the Yangtze River. Its decline has been attributed to overexploitation, pollution, and underwater explosions.

Another species that has gone extinct is the golden toad. It is thought to have gone extinct in 1989. Its home was in the Monteverde Cloud Forest of Costa Rica. Its extinction has been attributed to warmer seasons and a specific type of fungus that grows on the toad's skin and kills it. 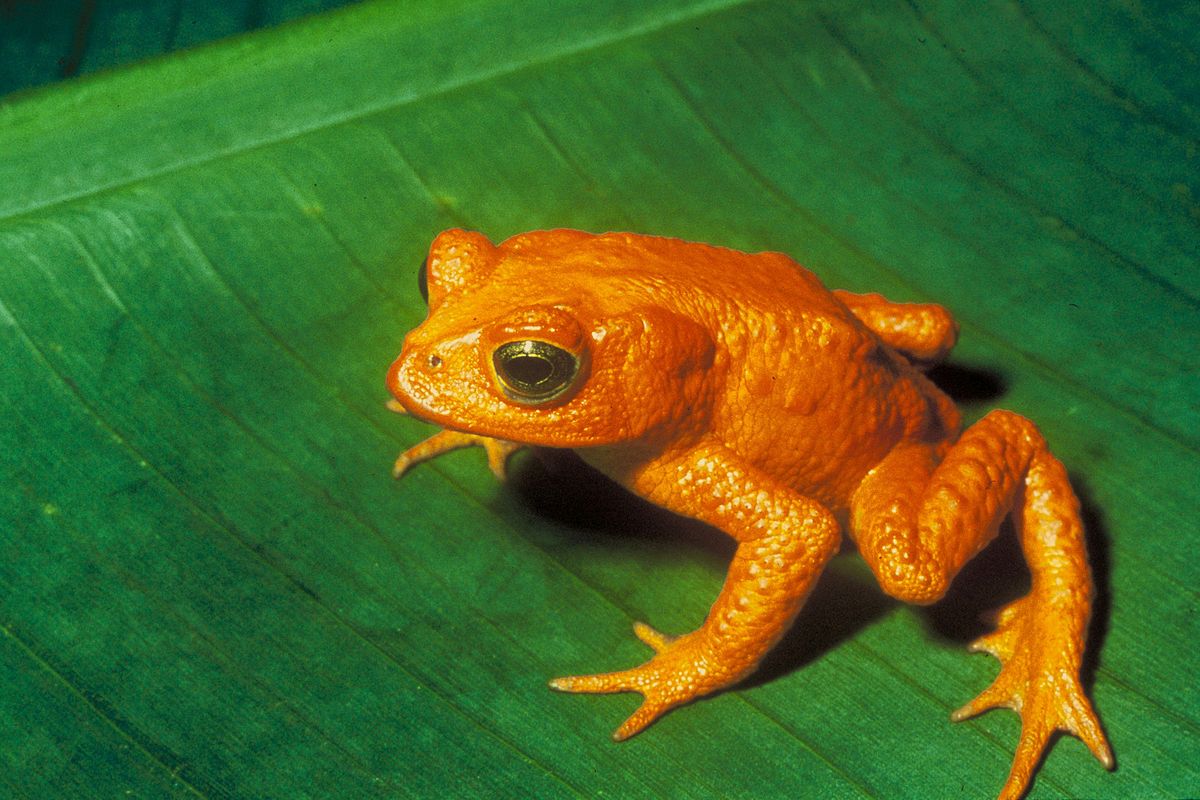 The U.S. passed the Endangered Species Act in 1973, which required the listing and protection of species identified as threatened or endangered within the United States.

Being protected by the Endangered Species Act means that there are restrictions placed around human activities from local, state, and federal government, as well as for private industry, that might impact said species or their habitat range.

There are several challenges to addressing endangered species.

think about it
In an ad campaign, which of these two species do you think would be more likely to receive funding for protection, despite the fact that both are endangered?