Environmentalism takes what environmental science discovers, and makes a subjective appraisal of the goodness or badness of those interactions. Environmentalism is essentially an ethical movement evaluating how humans impact, or are impacted by, the natural world.

Let's consider a single topic and how each group might approach it.

U.S. Population and Global Greenhouse Emissions
Environmental scientists might say that, as of 2008, the U.S. population makes up about 5% of the world total and produces approximately 19% of global greenhouse gas emissions.

On the other hand, an environmentalist might say that, as of 2008, the U.S. only makes up 5% of the world's population, yet produces almost 1/5 of global greenhouse gas emissions, and they would argue that this is a problem that needs to change.

Carbon Dioxide Emissions
An environmental scientist might say fossil fuels used for electricity generation account for about 38% of carbon dioxide emissions in 2012.

An environmentalist might say that we must reduce the amount of carbon dioxide in the atmosphere from its current level by 25%.

The modern U.S. environmental movement was largely inspired from written works in the 19th and 20th century, by authors concerned with human impacts on the environment.

Throughout the 1960s, a national environmental grassroots movement grew. By April 22nd 1970, the first annual Earth Day was announced in the U.S., and has been celebrated ever since.

Environmental organizations are typically formed to design or implement environmental initiatives, or to advocate and promote a particular cause. They tend to focus on protection, research, and policy on a wide range of environmental issues.

Such an organization would be the Nature Conservancy, which is a nationwide U.S. nonprofit dedicated to protecting wilderness areas and natural life. Another organization, 350.org, is an international organization dedicated to slowing climate change worldwide. 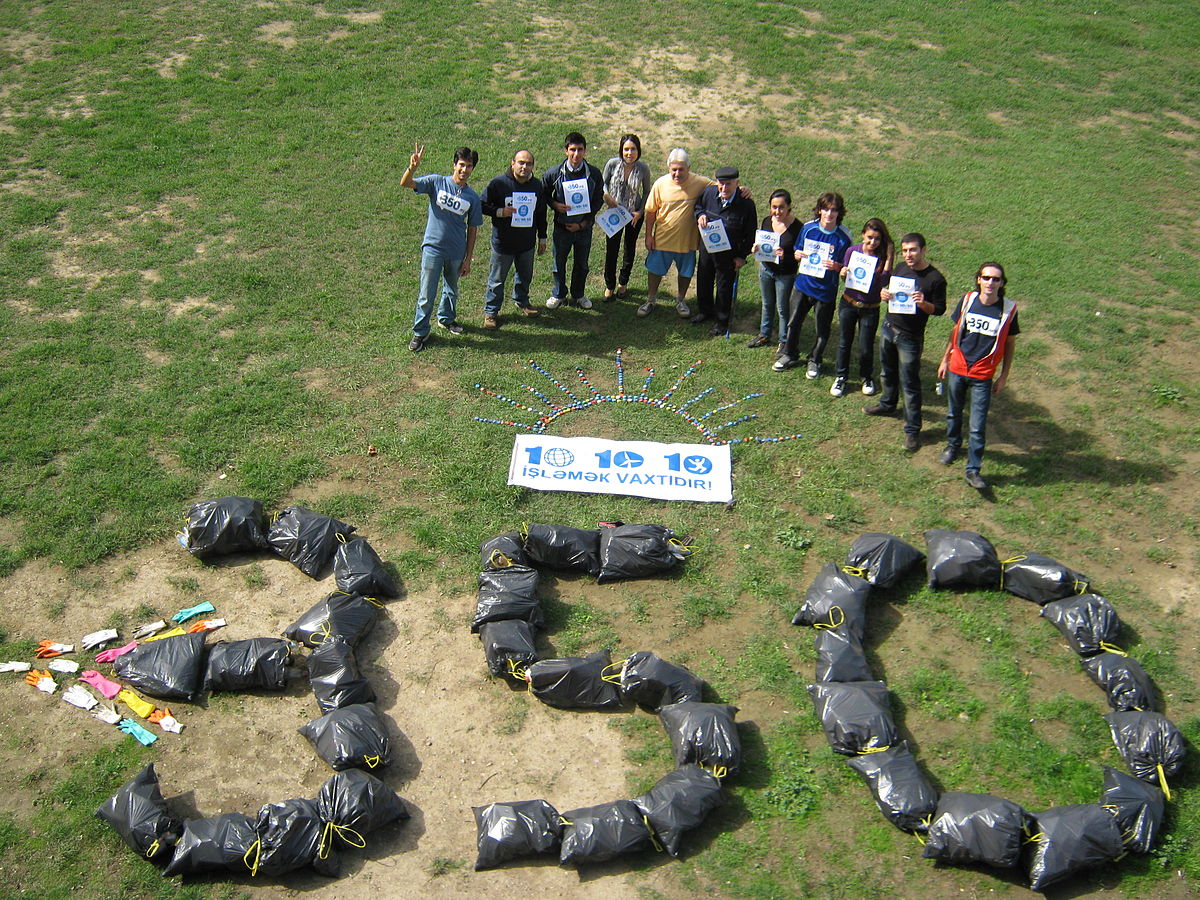 Environmental organizations appear at every scale.