Or
Close Popup
+
2 Tutorials that teach Essential Terms in Competency Based Curriculum
Take your pick:
Previous Next

This lesson explores essential terms used in competency based curriculum. 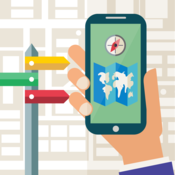 Today, we're going to be looking at the essential terms in competency-based instruction. And for today's lesson, I've chosen a quote by Albert Einstein, which states, "it is not that I am so smart, but I stay with the questions much longer."

So instructional components are the most basic term that we'll use to describe the instructional design, and the terms within this are "lesson unit" and "curriculum map." We're going to start first with lessons. Lessons are really individual instructional activities, but usually only encompass one, single instructional period. Sometimes lessons will go maybe two or three days, but they tend to be, ideally, around one class period of time.

Next, we're going to focus in on units. Units are really are set of connected lessons that are designed to really all kind of work together to achieve a basic overarching learning goal. They generally tend to span a longer period of time. You could have a unit that takes a week, you can have a unit that takes a month, but they all tend to-- all the lessons in the unit tend to work together to achieve an overarching goal.

Finally, we have the curriculum map. Now, the curriculum map is a map that includes all of the units or lessons within a particular course. It's a really nice way for you to be able to see everything you're going to cover. Now let's go ahead and take a look at some examples of these instructional components.

So for a lesson, an example of the lesson would be that students are going to read and discuss the poem "Self-Portrait" by Robert Creeley, and then specifically note how the author reveals elements of their identity. That could be a lesson that could take place in one 50-minute time period.

So you can get an idea sort of how all of those kind of fit together. Generally, when I create curriculum maps, I do them actually on a trimester calendar so I can see where everything is going. There are lots of different formats. The main goal is that you have the big, overarching picture.

Now let's take a look at learning goals terms. In this course, we're going to look at some terms like "outcome," "objective," and "target" to really focused in on describing various learning goals. So let's start first with targets. Targets are really the simplest term that are available, and they are definitely the most specific type of learning goal.

Next, we have objectives. Objectives tend to be more complex than targets and they also can contain multiple targets, but they're not necessarily as complex as the outcomes. Outcomes are the absolutely most complex, and they encompass many different or multiple objectives. Usually, outcomes tend to be written at the unit level or the class or course level. So they're really focused on what can the student do by the time they leave this class.

Now, it's really important to note that these terms are defined-- contextualized-- by different people. So it's good for you to know that these definitions are really specific to this course. You're going to encounter these words elsewhere. Really, it's all about are you doing the right things you need to do in the classroom. But as we move forward, understand that this is the vocabulary definition we're using.

Let's look now at some examples of these learning goal terms. So within that Unit 1 that I referenced earlier, Exploring Identity Through Literature, a target there would be to identify the major theme in the poem, "Self-Portrait" by Robert Creeley. It's very specific, and it's very to-the-point.

A sample objective might be, work individually and in groups to extend a student's knowledge of poetic terms and theme in poetry. So again, that's focusing in on what I want them to do throughout the lesson, but there are a couple of different targets they're going to get out at there.

And finally, the outcome. The outcome I've written in an "I can" statement form, and we'll learn more about that later. But it's, I can work with my classmates to identify the theme of a poem and poetic terms to help bring that theme to life. That focuses in on our entire unit in poetry.

Next, I want to go ahead and focus in on the elements of competency, skills, and content. Now, it's important that you know that all of these learning goals can address students capabilities, student knowledge, or it could identify both. When we talk about student capabilities, again, those are really like the competencies or the skills-- what a student is able to do. Student knowledge is more like the knowledge, the topic area, the content elements that they can really hone in and focus on.

Also, it's important to know that we've defined skills as indicating individual student capability. So when a target indicates really what a student should be capable of, that capability would be considered a skill. Since targets usually focus in on one specific learning goal, here, we're focusing in on those skills. A target is a skill that a student can take with them, as opposed to a competency. Competency, in this case, is really more about a concrete student ability, something that they can do that incorporates multiple different skills.

Now let's go ahead and take a look at some examples of those. So first, I want to show you an example of a student capability centered learning goal. That would look something like, I can collaborate with my classmates, as opposed to a student knowledge centered learning goal, which would be, I can identify the theme of a poem.

Next, let's focus in on a couple of those other things we talked about. First, a combined learning goal, which would take both of them into account, would be, I can collaborate my classmates to identify the theme of a poem. I also want to show you some skills relation to competencies-- so what they look like.

Again, contributing and collaborating is the skill there. And when we focus in, then, on all of these together, we combined those up to form a competency. What we get is to collaborate with your classmates. So you'll see the competency really incorporates a number of different skills.

They tend to span a broad range of proficiency and mastery. So standards focus in on a ton of different things. And when we look at standards, they can either describe content standards or what we call subject standards. That really focuses in on the content or knowledge that a student needs to know. So whereas content and subject standards focusing on content knowledge, practice standards tend to focus more in on what the student is capable of-- what they are able to do.

That's very specific and skill-oriented. That's why it's at the target level, as opposed to at the objective level standard could be, determined the theme or central idea of a text. It's a little bit bigger. It requires a couple of different targets or skills to get there. And then, finally, the outcome level standard. And it says, by the end of grade nine, read and comprehend literature. We're focusing on the outcome. What should a student be able to do by the end of ninth grade?

Ladies and gentlemen, now that you're done with the lesson, you are able to identify whether components of a unit lesson plan are a target, an objective, or an outcome. You can identify a learning goal as relating to either knowledge, capabilities, or both. And you understand that standards encompass knowledge and capabilities and they can relate to targets, objectives, and outcomes.

As you look back over all that you've learned here, what do you think would be the most difficult part of incorporating this vocabulary into the teaching that you will be doing in the classroom? To dive a little deeper and learn how to apply this information, be sure to check out the Additional Resources section associated with this video. This is where you'll find links targeted toward helping you discover more ways to apply this course material.