Distinguish between ethical and non-ethical topics.

(more)
See More
Tutorial
what's covered
In this tutorial we will be looking at how ethics is distinguished from other ways of evaluating human action and behavior. Our discussion will break down like this:

1. The Role of Ethics

To begin with, recall that ethics is the branch of philosophy that analyzes and defends concepts of value and thereby seeks to determine right and wrong.

There are other practices in our lives that appear to be doing something similar to ethics, but in fact have different roles in society. Law, social convention (or etiquette), and religion all offer perspectives from which to judge people’s actions and behaviors. The illustration bellow distinguishes these from ethics. 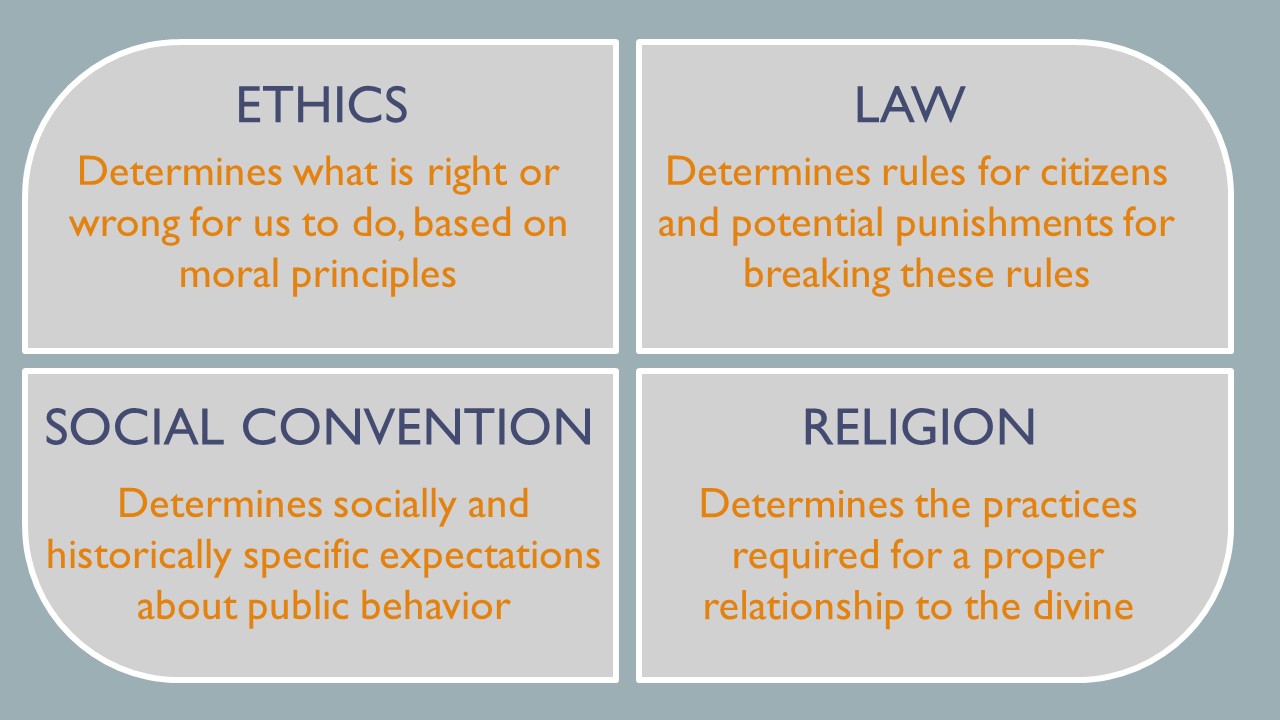 These different practices are often confused. For instance, commentators and public personalities often express disapproval of people that have alternative lifestyles. Although this may be presented as moral judgment, it is usually just disapproval of anyone who doesn't follow social convention.

This confusion of social convention with morality can cloud our understanding of ethics.

It was once widely believed to be wrong for women to vote. In the United States, for instance, it was not until the 19th amendment (ratified on August 18, 1920) that women finally won the right to vote.

Many may have thought that it was morally wrong for women to vote. But this was just an attachment to social convention. Once social convention is challenged, important social change can occur.

2. Ethics and Other Practices

It is not always easy to distinguish the aims of ethics from other practices. One reason for this is that there is sometimes overlap between them. For instance, consider the following examples where ethics is in agreement with law. But also pay attention to where disagreement arises.

Similarly, consider the agreement and disagreement between ethics and social convention.

Finally, compare ethics and religion in terms of the agreement and disagreement they reveal on certain issues.

As we have seen, different situations or actions receive different treatment by ethics, law, social convention, and religion. Whatever action or behavior we want to evaluate will be addressed differently depending upon which perspective we approach it from.

Consider the issue of alcohol consumption for instance. You can find below some of the different questions or considerations that will be raised by ethics, law, social convention, and religion. 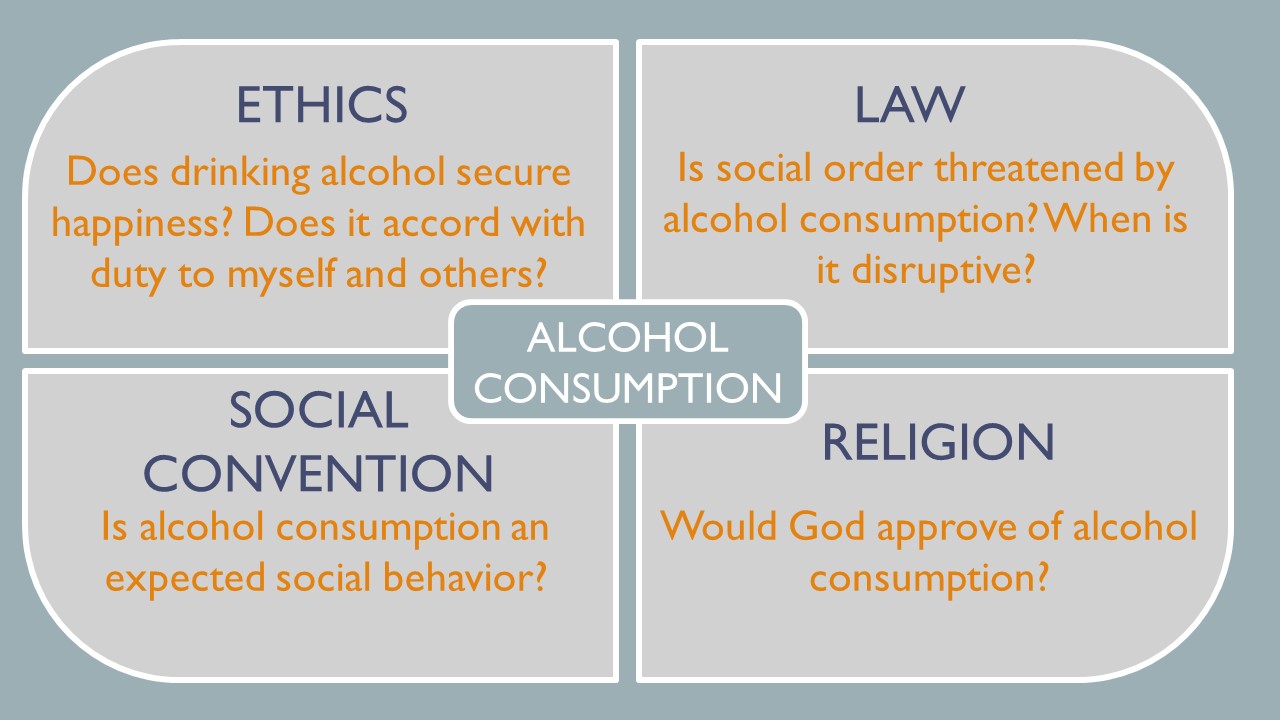 summary
We started this tutorial by looking at the role of ethics in society and how it differs from other practices. Then we went into more detail about the differences between ethics and other practices, namely law, social convention, and religion. Finally, we ended by further distinguishing ethics and non-ethics through a comparison of the various considerations that the question of alcohol consumption raises.
Rating Header
Poor
Fair
OK
Good
Great
© 2021 SOPHIA Learning, LLC. SOPHIA is a registered trademark of SOPHIA Learning, LLC.