This packet is meant to provide a brief overview of critical thought and then cover in more depth four common methods of fallacious reasoning. Critical thinking and rational thought consist of evaluating information and situations, filtering choices and then finding a conclusion that makes sense given the information. Patience is a requirement as the thinker will face uncertainties and answers will not always come quickly.

Extended Definition: Failure to bring relevant evidence to bear on an argument; only give evidence to support while omitting negative evidence. (Rubin, 2010)

How this happens: The fallacy of suppressed evidence occurs when an arguer intentionally omits relevant data. This is a difficult fallacy to detect because we often have no way of knowing that we haven't been told the whole truth. Doing this makes the argument look stronger than it is (Rubin, 2010).

Many advertisements do this fallacy by: 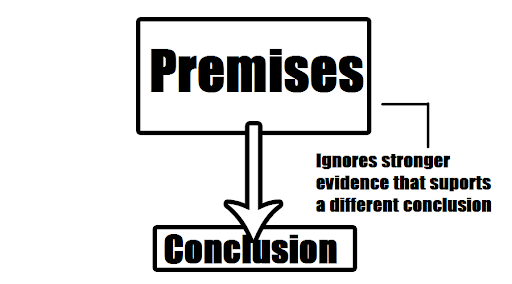 This video leaves out the evidence about how marijuana can affect a person’s development, lungs, judgment and immune system.

Assuming that one event will inevitably follow another without having sufficient evidence that it will.  The conclusion does not follow logically from the initial premise, so slippery slope is related to the irrelevant reason (non sequitor) fallacy (Cavender & Kahane, 2010).

The fallacy has the following basic form.

4. Therefore A then D

After then initial premise no evidence is given as to why the the other premises and the conclusion follow.  In most uses D is a negative, or harmful, result.  Since we want to avoid D we should also avoid A, because A will uncontrollably lead to D.  With the the negative conclusion slippery slope also has the form of appeal to fear.

This can be a valid argument, but in the case of the slippery slope fallacy no good evidence is given for A leading to B and so on. Since the steps are not justified this is fallacious reasoning.

It is important to remember that is possible for a slope to actually be slippery. There may be a precedent or logical deductions that lead down the slope. 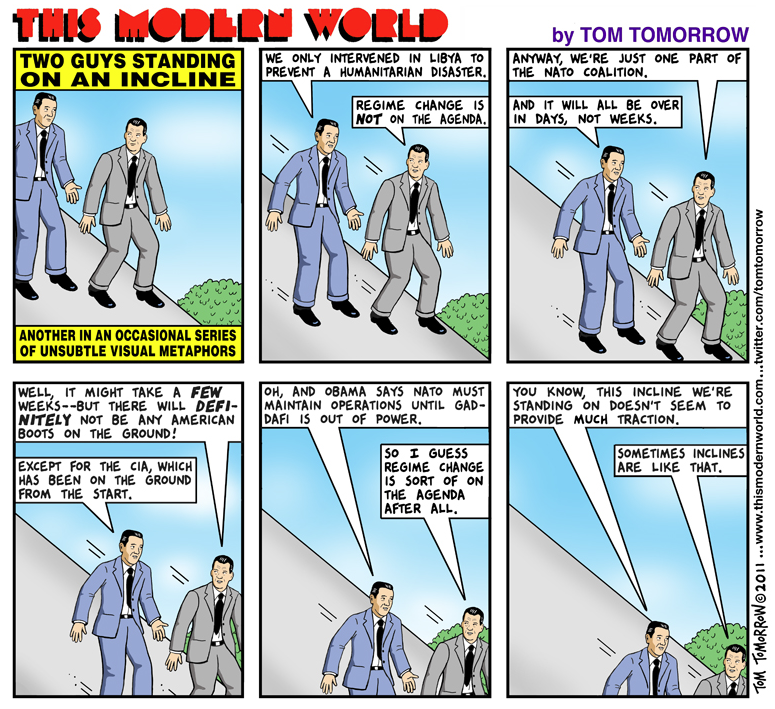 Appeal to ignorance appealing to ignorance as evidence for something. (e.g., We
have no evidence that God doesn't exist, therefore, he must exist. Or: Because
we have no knowledge of alien visitors, that means they do not exist).
Ignorance about something says nothing about its existence or non-existence (Walker, 1997).

A fallacy based on the assumption that a statement must be true if it cannot be
proved false.


If I were adopted, then I would know about it by now.
I don't know that I'm adopted.
Therefore, I wasn't adopted.