Identify if a given situation is an example of a false positive or a false negative.

Tutorial
what's covered
This tutorial will cover false positives and false negatives. Our discussion breaks down as follows:

When tests are performed in medical scenarios, as well as many other everyday tests, the results are not always 100% accurate. Occasionally, tests will determine one thing when, in fact, the reality is that the opposite is true. This will result in either false positives and false negatives.


How common are errors like this? It depends largely on the tests because different tests have varying levels of accuracy and sensitivity.

Most home pregnancy tests claim to be 99% effective at detecting pregnancy, which means that 99% of the time, these tests accurately detect a pregnancy when it's present and when the test has been conducted properly.

However, what if the woman does the test too early? Tests done too soon can reduce the effectiveness to around 90%, which means that the probability of a false negative--where the test says that she's not pregnant when really she is--raises to about a 10% likelihood, which is a significant amount. It would be better to have the false negative be closer to something like 1%, as the test claims.

False positives are typically more rare. Because these home pregnancy tests detect particular hormones, it's tough for the test to detect those hormones when they aren’t really there. Therefore, when a woman is not pregnant, a test will show this in about 98% of those cases, which means the false positive rate (a not-pregnant woman getting a positive pregnancy test result) is about 2%. 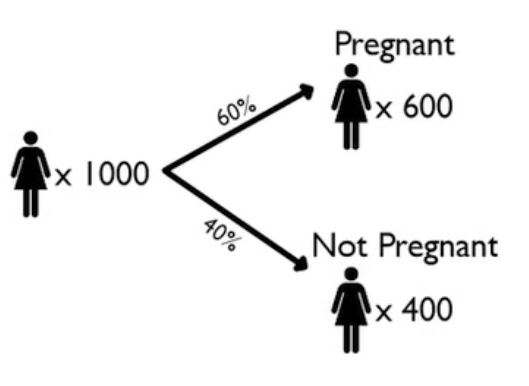 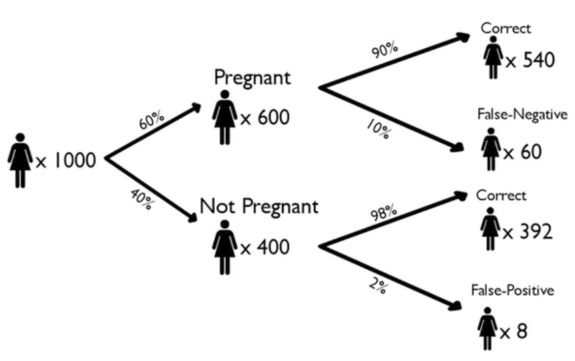 Combined, that's 68 out of 1,000 women here that have the incorrect result.

summary
False positives and false negatives are an inevitable part of a testing process. When something's not 100% effective, errors are inevitable. The goal is to try to reduce the frequency of error rates if we can. Both types of errors are fairly rare in most cases, although when tests are conducted properly, likelihood of those errors will decrease.