Determine how energy is passed from one level to the next in a trophic pyramid.

(more)
See More
Tutorial
what's covered
This tutorial will cover the topic of food chains and food webs. We will discuss the levels in a trophic pyramid — trophic meaning feeding and nutrition — which represent the hierarchy of feeding and trophic interactions in an ecosystem. We will also explore food chains and food webs, which are other ways to visually represent trophic interactions.

Trophic levels in an ecosystem are essentially the hierarchy of feeding and trophic interactions, including the transfer of energy, carbon, and nutrients from one organism to another.

The trophic pyramid (below) illustrates how energy is passed from one level to the next. While this pyramid only shows up to the level of tertiary consumers, it is possible for there to be a maximum of six trophic levels in an ecosystem.

did you know
Of the sunlight that reaches Earth's surface, less than 1% is converted into energy through photosynthesis.

The energy captured by primary producers is then moved up the trophic pyramid as higher-level consumers eat organisms from the levels below it. 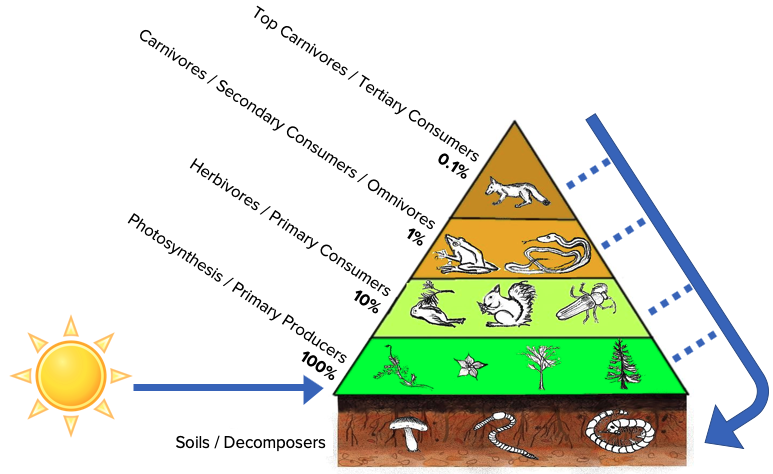 As shown in the percentages in the diagram above, as energy moves up the pyramid, only 10% of energy from the previous level is captured. The other 90% is lost as metabolic heat, due to inefficient energy transfer. This loss of energy going up the pyramid is what limits the maximum number of trophic levels to six. There is not enough energy to sustain any higher level.

hint
It is important to note that it is far more energy efficient for humans to consume organisms at lower trophic levels, like primary producers, than at the higher levels.

Food chains are representations of who eats whom in an ecosystem. This diagram demonstrates how trophic levels help us distinguish between types of organisms. 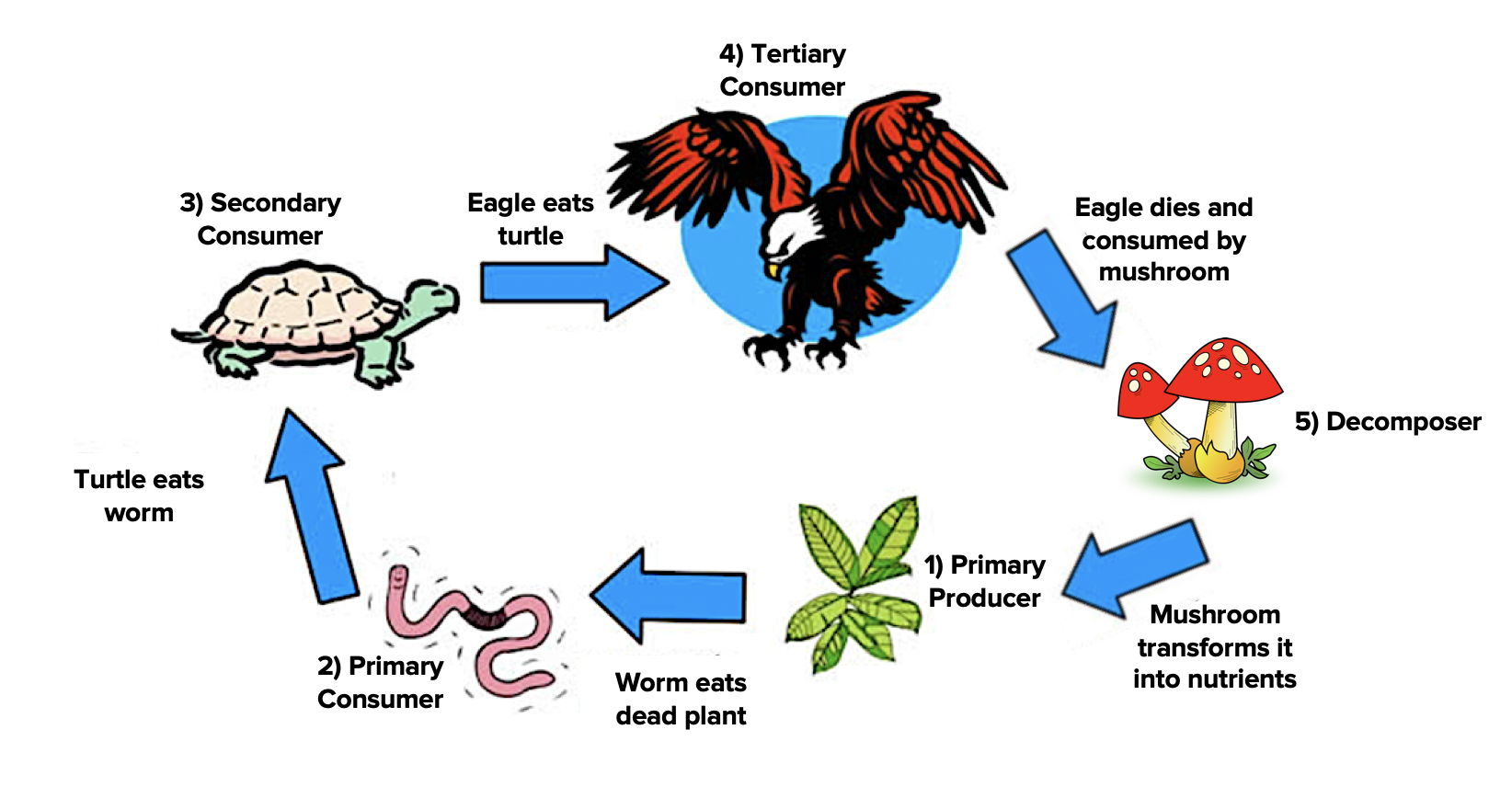 1. Primary Producer: The plant in the chain is a primary producer, also known as the primary trophic level. On land, primary producers are usually plants, while in the oceans they can be plankton, photosynthetic bacteria, and unicellular algae.
2. Primary Consumer: The worm could be considered both a primary consumer because it is eating the plant, or a decomposer because it is recycling dead biomass from the plant. In this case, it is considered a primary consumer, so it is part of the second trophic level.
3. Secondary Consumer: The secondary consumer in this food chain is the turtle, and it is the third trophic level.
4. Tertiary Consumer: Finally, at the top, the eagle is the tertiary consumer.
5. Decomposer: The eagle will eventually die and be consumed by decomposers, such as bacteria, which will transform it into nutrients to begin the chain again.

In general, most predators consume prey that is smaller than they are, so as one goes up the food chain, organisms get larger and larger. Also, the larger the organism, the more space is required for that organism to find food, which results in lower population numbers at higher levels of the food chain.

Food webs, like the one shown below, are diagrams of trophic interactions. They essentially diagram ways that organisms obtain energy from other organisms. The majority of food webs are quite complex and involve many organisms and relationships. 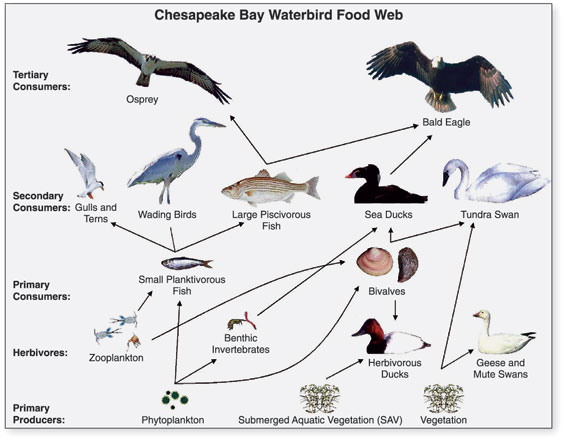