Contrast the differences between third normal form and higher levels of normalization including Boyce-Codd normal form, 4NF and 5NF.

With transactional databases, the third normal form is generally the furthest that we would go with normalization. It does not make sense to go beyond it for most situations. There are certain cases where it could potentially be useful.

With the fifth normal form, this is not implemented at all but conceptually, a relation between tables is in 5NF is it is in fourth normal form and does not contain any join dependencies. The joining should be completely lossless. It will break down tables into as many tables as possible to avoid redundancy. It is also known as the project-join normal form. In our database in PostgreSQL, it would be similar to taking the track table and splitting up each of the combined items: 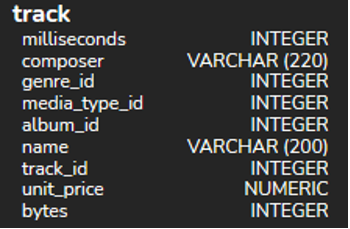