Determine the amount of natural resources required for each person to live.

The world's current estimated population is around 7.2 billion. As we can see with the graph below, only a little over 55 years ago that number was less than half of that figure, at around 3 billion. 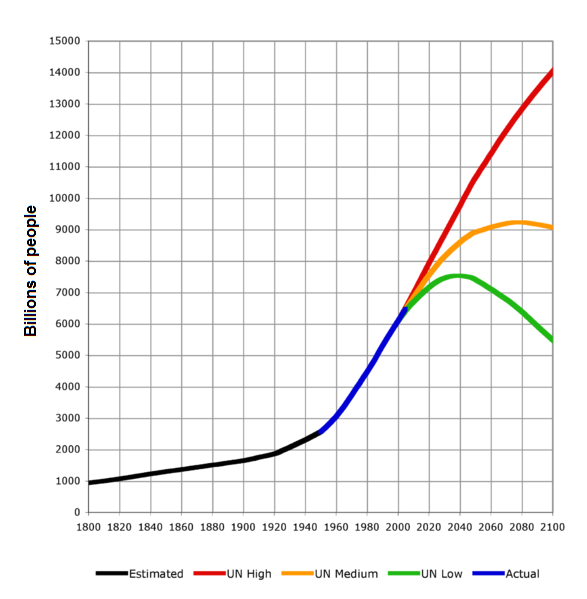 Another way to view this is shown in the world population map below. This map colors a country based on its population. The darker the color, the higher the population. Developing countries, like India and China, are much more populous than countries like the United States, because they are still in the lag time where death rates are dropping but birth rates are still very high.

The current population of the world, at 7.2 billion, is considered by many scientists to be unsustainable. Humans are a major cause of environmental degradation, as we dig for fossil fuels and deforest areas for meat production.

Unfortunately, in countries where people are poorest, populations tend to be highest. This combination usually results in people having no alternative but to degrade their local ecosystems in order to provide for themselves. Humans' rate of resource consumption and environmental degradation is increasing proportionally to our population growth.

Referring again to the world population graph up above, the UN projects three possible futures of population growth by 2100: based on low (green line), medium (orange line), and high (red line) birth rate projections. The impacts on our environment and human quality of life will vary dramatically, depending on which of the scenarios becomes reality.

When talking about human population growth and its relationship to the environment, it is important to understand our key concept for today, known as the ecological footprint. Ecological footprint is the amount of resources required to sustain an individual or a population.

It is usually measured in hectares, which is a measurement of land area equal to 10,000 square meters. It is the metric system equivalent to acres. 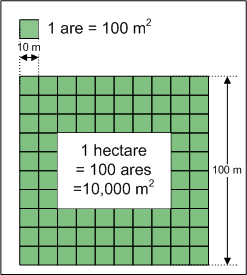 In the United States, the average standard of living creates an ecological footprint which requires five hectares of land area per person. This is similar to about nine football fields of land.

According to the World Bank, the United States currently has 0.5 arable hectares of land available per person. This means there is less land available in the U.S. than we require with our average standard of living. This is made possible because much of the land which supports the U.S. standard of living is borrowed from other countries, by importing much of our food in commodities.

In other developing countries, such as India, the average standard of living requires only 0.5 hectares of land, which is less than 1 football field. 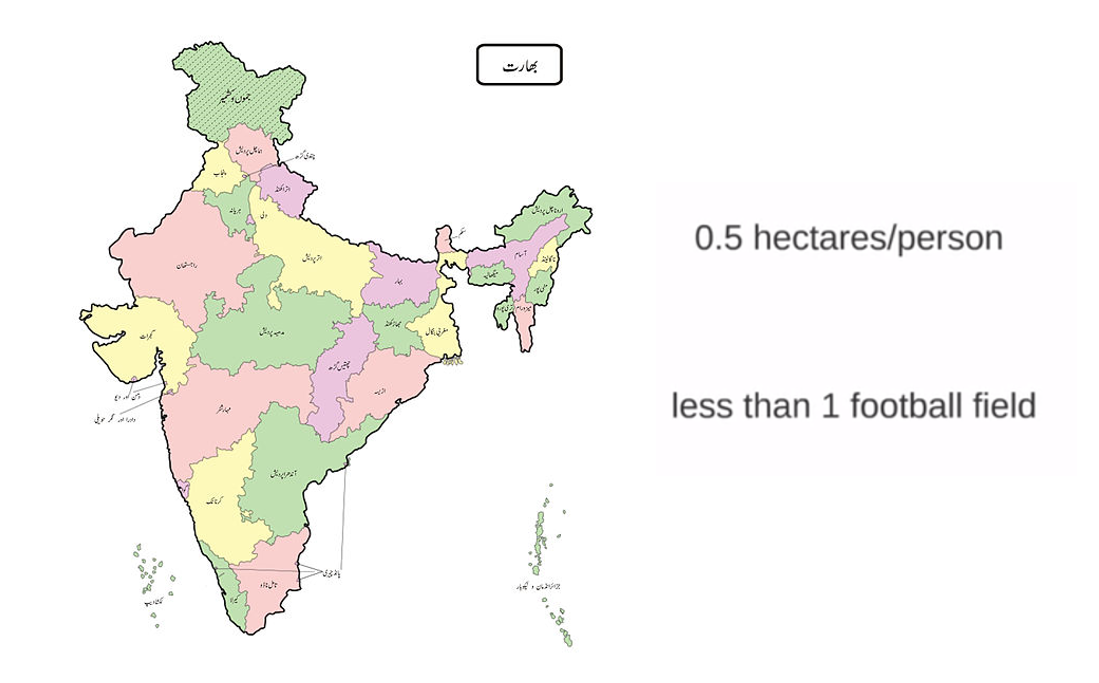 If the entire world population required the same standard of living as the United States, we would need three Earths to support it.

The amount of natural resources required to sustain an individual or a population.

There are many types of environmental impacts of human population growth.

summary
Today we learned about human population growth — how it has dramatically increased in the last century and how it is having negative environmental impacts on our planet. In places like India and other developing countries, population growth is high, along with poverty. The result is a much higher rate of environmental degradation, as people try to provide for their basic needs. If humans all required the same standard of living that people have in the U.S., we would need three entire Earths, which is a very large ecological footprint. Speaking of which, don't forget the key term for today, ecological footprint, which is the amount of natural resources required to sustain an individual or a population.