Recognize the nature of ethics.

(more)
See More
Tutorial
what's covered
In this tutorial we will begin with a review of philosophy, before seeing how ethics is a philosophical pursuit, and considering how we are to be ethical in our lives. Our discussion will break down like this:

As a branch of philosophy, ethics shares the pursuit of truth and the methods of doing so with philosophy. In particular, ethics wants to find out what values we should have through rigorous investigation and logical argument.

You can see clearly how ethics is a philosophical inquiry by asking some of the most basic ethical questions.

If someone asked you “what is the good?”, where in the world would you find “the good”? It is not something you can pick up or put under a microscope. The best you could do empirically would be to point to something that you believe is an instance of the good, say someone giving to charity.

But there are many ways of being good, and giving to charity would only be one. What we wanted to know is what the good is, not one instance of it.

Ethics is a philosophical inquiry, but it is also essential to our everyday lives. For instance, if we didn’t generally assume that everyone in our society accepts some basic moral idea, then it would be very difficult to live.

Imagine people didn’t generally think unjustified violence was wrong. People would be more inclined to hit others for little or no reason. In this case you would need to be much more cautious and less trusting.

Keep in mind that ethics is primarily supposed to be a guide for our actions. This means that it is supposed to help us be better persons; not to give our past behaviors or beliefs the appearance of being good.

This is part of a more general point about ethics: it is supposed to guide our actions for the better, not to offer an excuse for our own interests. One way that ethics can be misused is when someone claims that happiness is best in one situation, but then claims that human flourishing is best in another situation.

Say you have a child at school and you don’t want to drive them every day. You tell them you will get them a car because it will make them happy to have independence. But this independence leads them to neglect their studies. You then say that they should work harder because they will develop better skills, even though they won’t be having as much fun.

This can be avoided if you pursue ethics systematically. That is, you can guard against self-interestedly distorting ethics if you stick to a single framework and apply it consistently. This is also achieved through making sure you apply an ethical standard in the same way, in every case. Here is an example of not applying a standard in the same way in order to serve self-interest. 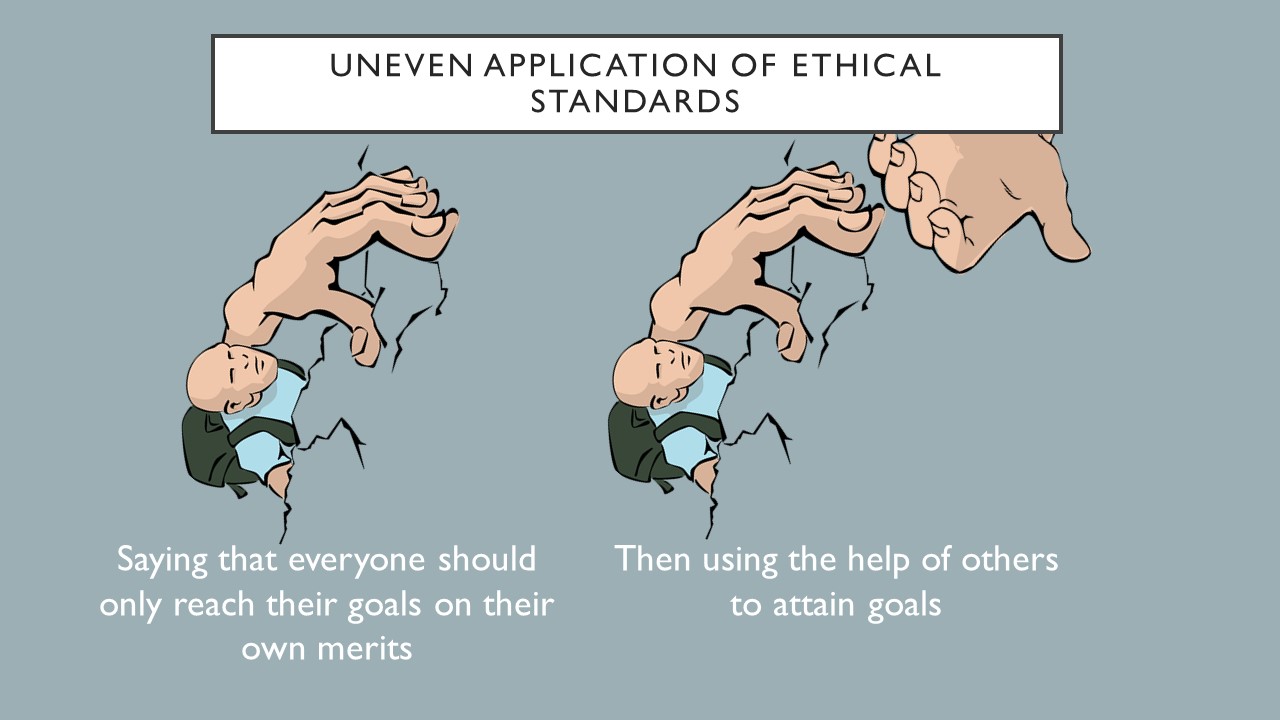 summary
We started this tutorial with a review of philosophy, considering some of the core characteristics of philosophical inquiry. Then we looked at the shared goals and methods of ethics and philosophy.

Finally, we saw the relationship between ethics and everyday life by emphasizing that ethics is intended to guide our action for moral ends, not our self-interest.

The branch of philosophy that analyzes and defends concepts of value and thereby seeks to determine right and wrong .