Or
Close Popup
+
4 Tutorials that teach Logarithmic Scales
Take your pick:
Previous Next

This lesson will explain logarithmic scales.

Tutorial
what's covered
Logarithmic scales are used to adjust the axes on a plot to make it easier to interpret. This tutorial will discuss:

The best way to explain logarithmic scales is to show you how it works. Here's a list of earthquakes based on where and when they occurred.

More importantly, the focus on this table is the energy released in petajoules, which is millions of millions of joules and their values on the Richter scale. You can see that in 2004, Christmas Day, a tsunami struck Indonesia. You can also see the famous San Francisco earthquake of 1906.

Look at the data on a scatter plot. The data actually follows a curve. As the Richter value goes up, so does the energy released from the earthquake. But it's a curve, it's not a straight line. 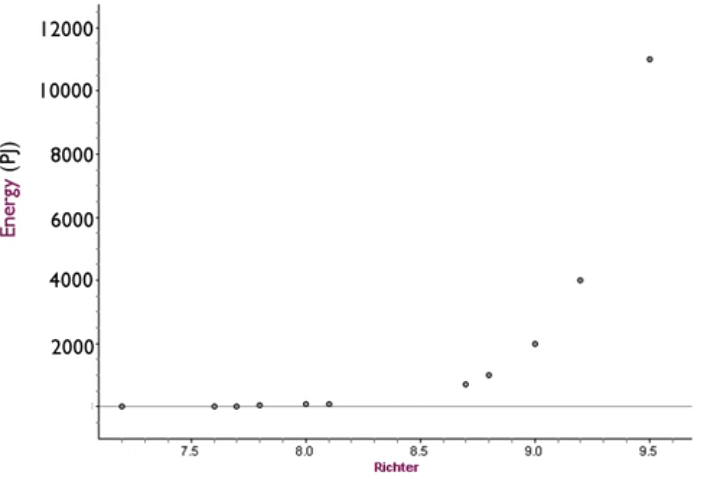 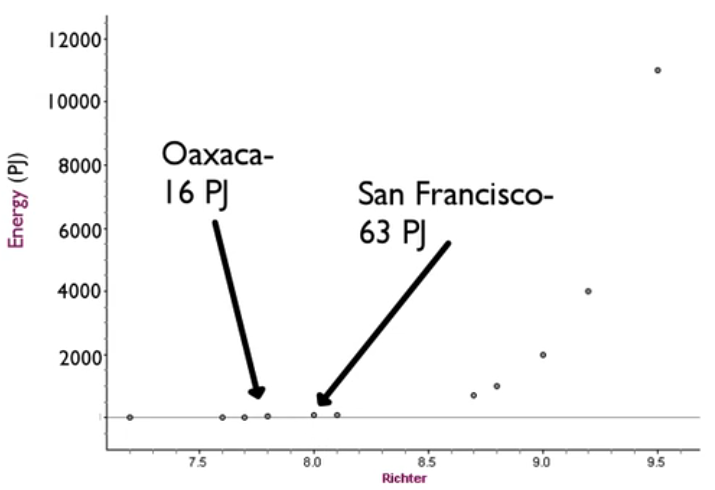 It's difficult to interpret the differences even though the difference is large. But it's hard to tell because the values differ by such a large order of magnitude.

A logarithmic scale will use equal ratios, so each distance represents 1,000, no matter how many increments used. So it might be 10, and then times 10 again, and times 10 again, etc. So you get to 10,000. As opposed to 10 being way way, way down here near the x-axis, it's actually up here. So you can see those differences more clearly. 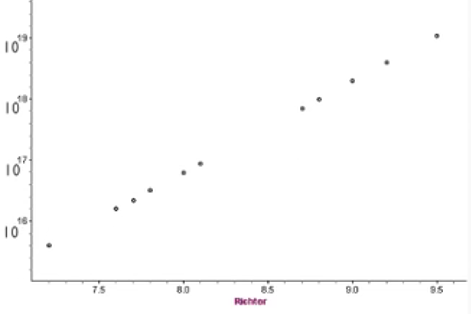 One big example of a logarithmic scale being useful is something called Moore's Law. This law focused on a trend involving components on microcompressors on a circuit. Gordon Morre said that the number of components in circuits has doubled every year since the invention of the circuit, and the trend would continue for at least 10 years. So, why does this matter?


Well, if you look at what actually ended up happening, it actually continued much, much further into the future than he had predicted. It does appear that between every one and two years, typically around every year, the number of microprocessor transistors had in fact doubled. This is viewed on a logarithmic scale and it looks linear. Doubling every year is actually an exponential growth curve. 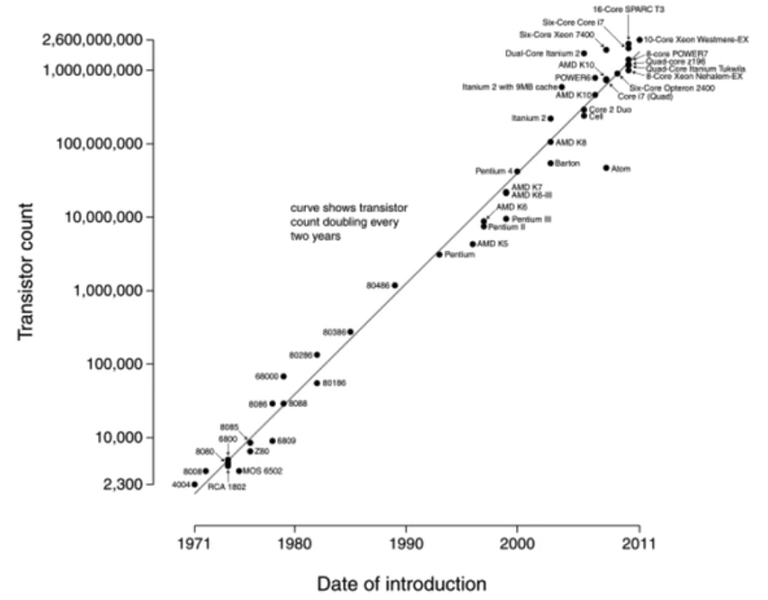 did you know
Moore's Law is named after the co-founder of the company Intel, Gordon E. Moore.