Or
Close Popup
+
2 Tutorials that teach Neurotransmitters
Take your pick:
Previous Next

This lesson will describe neurons communicate when sending a signal through the nervous system.

(more)
See More
Tutorial
what's covered
Welcome to this lesson today on neurotransmitters. Today you will be learning about the role of neurotransmitters in relaying signals throughout the nervous system. Specifically, you will look at:

Neurons are long and communication among them has to be fast; think about how quickly you go from the decision to raise your hand to the action itself. What's the fastest way to send a signal along the long nerve cell? Electricity. (This is about how fast a light bulb glows after you flip the switch.) 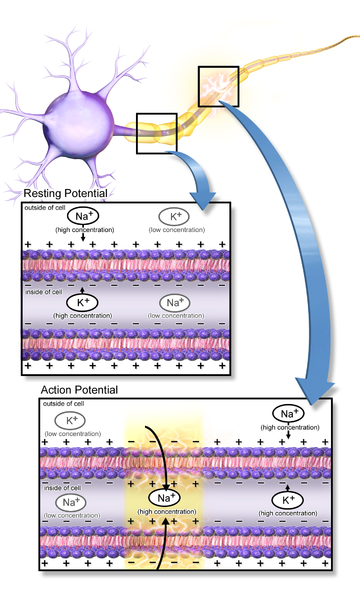 An action potential is the electrical impulse that travels along a neuron. Cells maintain an electrochemical gradient inside the cell membrane. They have a slight negative charge (voltage potential) inside, so positive charge hovers just outside the plasma membrane because it is attracted to what's on the other side of that selectively permeable barrier. When the neuron needs to relay a signal, channels embedded in the plasma membrane open, and the charges are reversed within a short section of the cell. Now there's a negative charge outside the cell that flows along the cell's length. 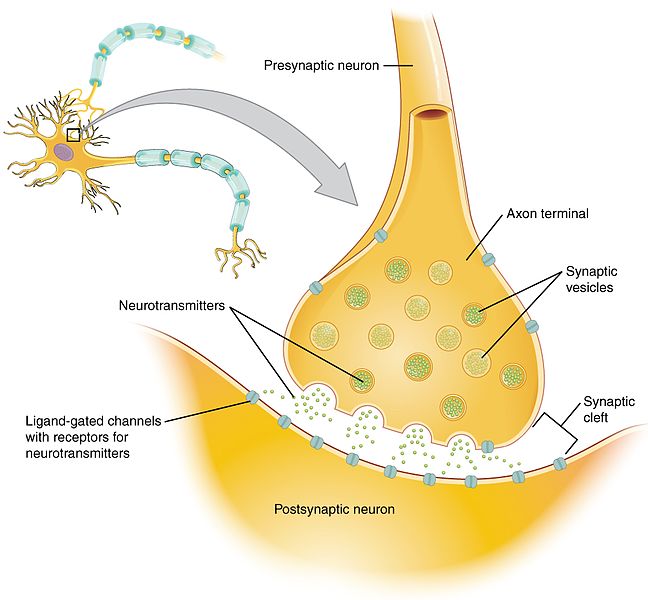 The chemical form of a signal that is sent between neurons and muscle cells, gland cells or other neurons

The gap between a neuron and a gland cell, muscle cell, and another neuron

The cell at a synapse that stores a neurotransmitter for release

The cell at a synapse to which the neurotransmitter binds

Take a look at a diagram here so you can understand this a little bit more in detail. 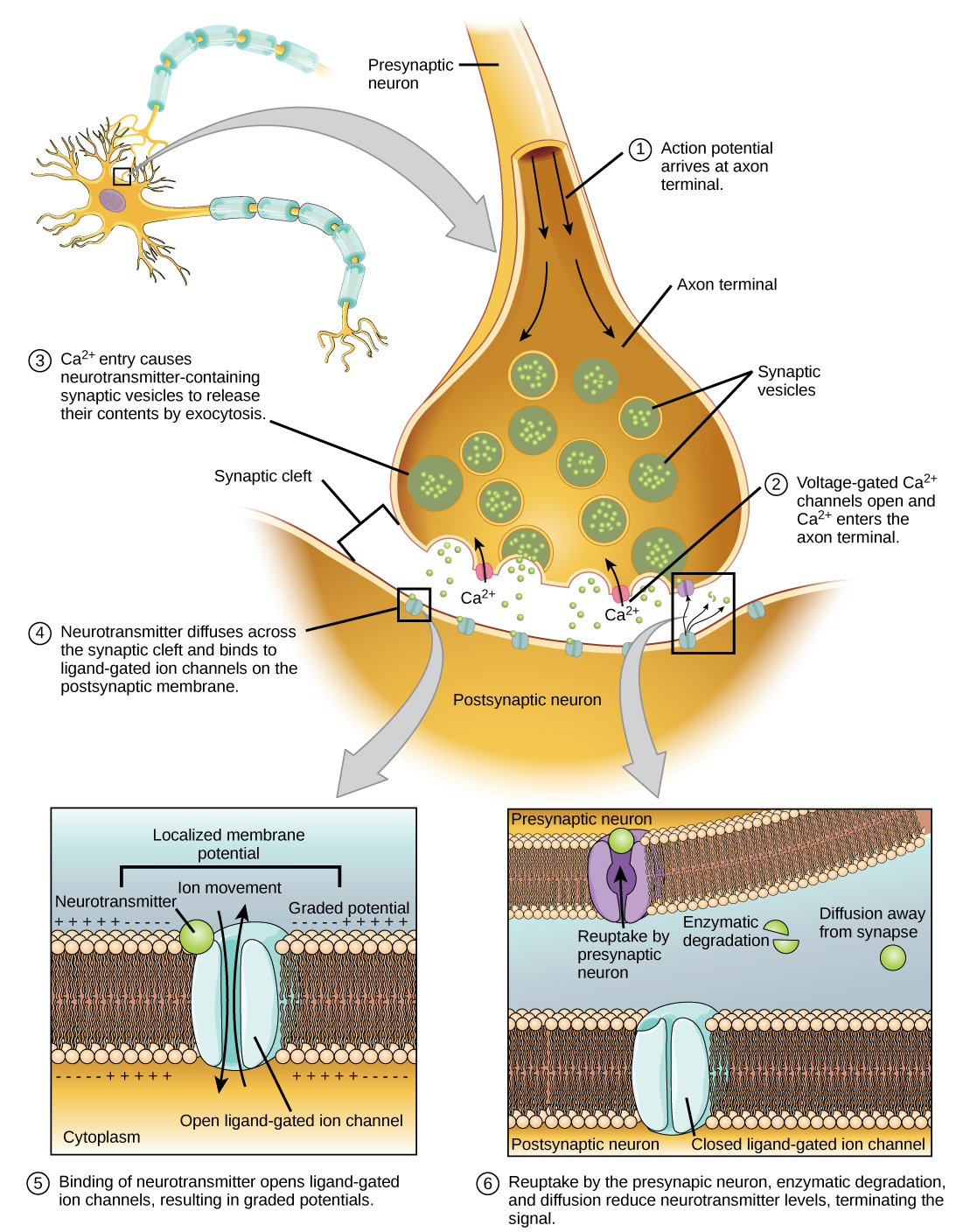 The picture above shows a motor neuron. The action potential will travel along that long motor neuron cell.

The neurotransmitter is going to carry information from the presynaptic cell across the synapse to the postsynaptic cell, which is the muscle fiber in this example. You also have the plasma membrane of this muscle fiber and these proteins that are embedded in the plasma membrane. On those proteins, you have this binding site for neurotransmitters.

In the example in the picture, when the binding site is empty, the ion channels are closed. But when a neurotransmitter binds to the binding site, it causes that ion channel to open so then ions can flow through the plasma membrane and then allow for an action potential to occur. This is an example of an exciting signal.

Signals that trigger an action potential to happen

Botox is a type of injection that people get to smooth out facial wrinkles that are actually made from a bacterium.

What it does is it blocks the release of acetylcholine so that the muscle contractions that produce wrinkles will stop temporarily. So people get this in order to stop or slow down facial wrinkles.

Also, acetylcholine is a type of neurotransmitter.

A bacterial toxin that is often used to smooth facial wrinkles by stopping the release of the neurotransmitter acetylcholine; technically, it's not an inhibiting signal; it stops the signal from being sent, rather than sending a signal that tells a neuron not to have an action potential

A bacterial toxin that is often used to smooth facial wrinkles by stopping the release of the neurotransmitter acetylcholine.

Signals that trigger an action potential.

The chemical form of a signal that is sent between neurons and muscle cells, gland cells or other neurons.

The cell at a synapse to which the neurotransmitter binds.

The cell at a synapse that stores a neurotransmitter for release.

The gap between a neuron and a gland cell, muscle cell and another neuron.