Describe elements of the normal distribution.

Tutorial
what's covered
This tutorial will cover the topic of normal distribution. Our discussion breaks down as follows:

You may have heard of the term bell curve before. Does that refer to shape, center, or spread? A bell curve refers to shape. When something is called “bell curved” in terms of its shape, it means that it is single-peaked, symmetric. A bell curve looks like this:

In this case, “normal" doesn't mean that it's usual, or always happens, or is typical. "Normal" just means that it's going to be single-peaked and symmetric.

A single-peaked, symmetric distribution that follows a specific bell-shaped pattern.

To measure center and spread, all you need is: 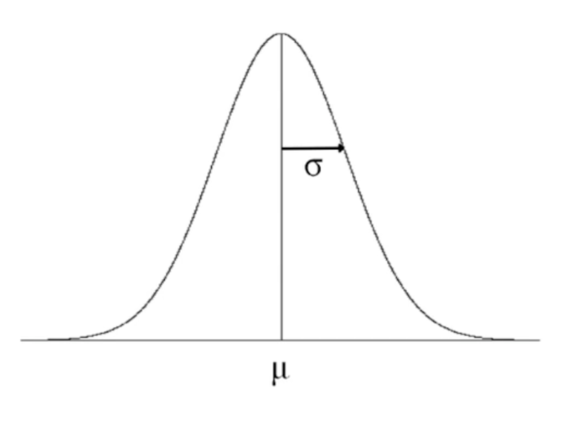 A single-peaked, symmetric distribution that follows a specific bell-shaped pattern.