Determine the relationship between total cost, total revenue, and profit.

Tutorial
what's covered
This tutorial will cover the topic of output optimization, focusing on total revenue and total cost.

Now, we know that the point of owning a business is to make a profit. We also know that profit equals revenues minus costs.

In many tutorials, we focus on one or the other. However, in this tutorial, we will be looking at both revenue and costs, because we want to determine what is maximizing profit.

Total revenue is all sales generated by a firm from the sale of a product or service.

It is price times quantity, or everything that a business is selling times the price of that good.

Total cost is everything it costs to get that product to market, meaning all variable and fixed costs associated with production--including opportunity cost, remember, in economics.

Finally, we take our total revenue and subtract our total cost to arrive at profit.

Let's look at an example of perfect competition, where the price of the product each time is the same at $20 per t-shirt.

hint
Because this is perfect competition, this company is a price-taker.

Notice the following in the calculations of the chart:

It is important to note that when looking at profit maximization, the goal is not to simply minimize total cost.

This is because minimizing costs would refer to that $30 in the first row of the total cost column. However, that is not at all where profit is the highest, as mentioned.

The goal is also not to maximize total revenue. You may think that a firm should just crank out as much as possible, but notice that at some point--like the bottom row of the chart--profit actually begins to go back down.

Instead, we are looking at where profit is the highest.

You can see that there are two places where profit is the highest. It is where there is the greatest difference between total revenue and total cost. 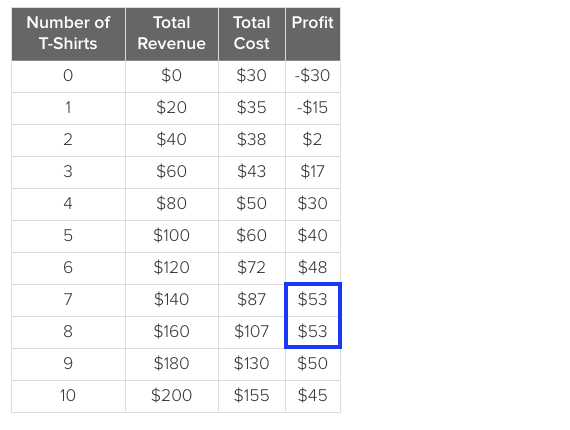 Since profit is total revenue minus total cost, wherever these two are the greatest amount apart is where profit will be the highest.

Let's look at maximizing profit on a graph.

Notice total revenue is the straight line because the price is $20 each time. Total cost is the red curve, while profit is the green curve. 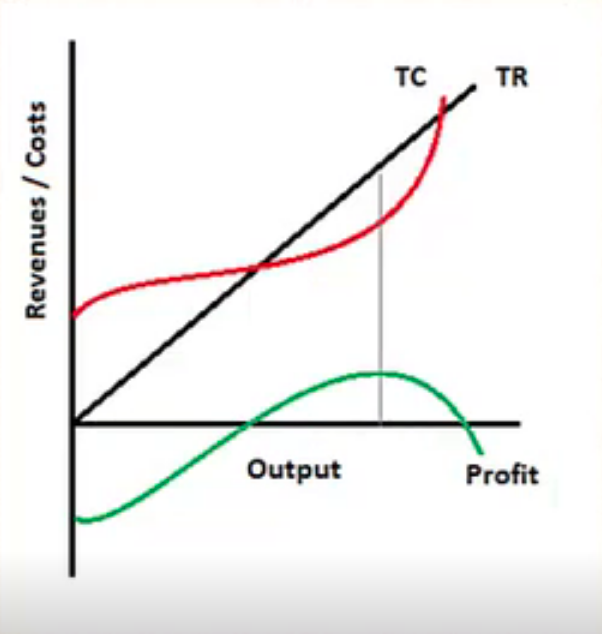 Notice that profit was negative at first, then it eventually reaches its high point and begins to taper off again.

Profit is the highest where there is the biggest gap between total revenue and total cost, shown by the gray line.

3a. Equating Slope of Total Revenue and Total Cost

Note that this is also where the slope of total revenue and total cost are equal. 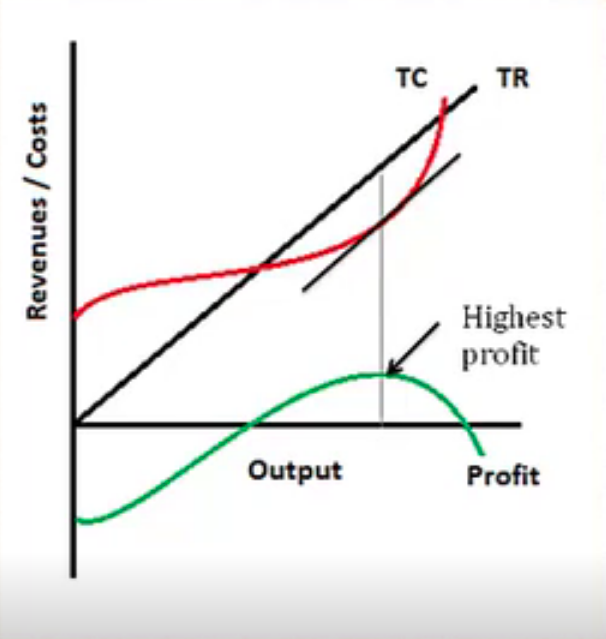 Now, if total revenue is steeper than total cost (shown below), this means that revenues are increasing faster than costs. 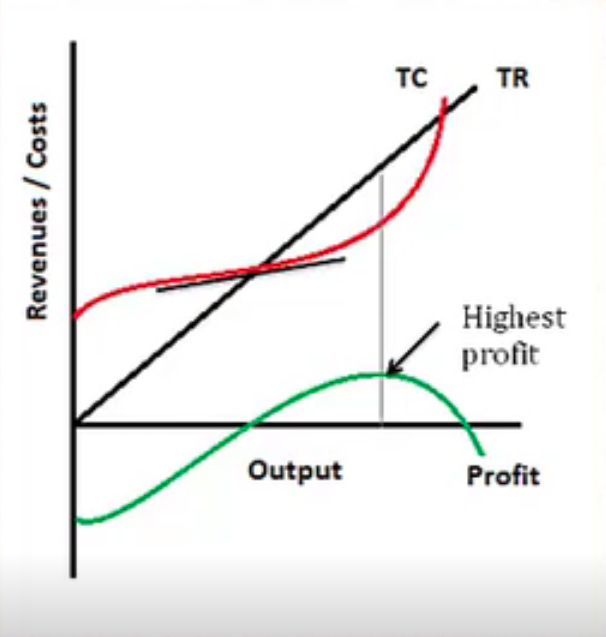 Now, this is a good thing, but if we want to maximize profit, we need to produce more, because producing more means that we are going to add more to the revenue side than to the cost. This means we could actually do better by producing more.

On the other hand, if total cost is steeper than total revenue, this is the opposite situation. 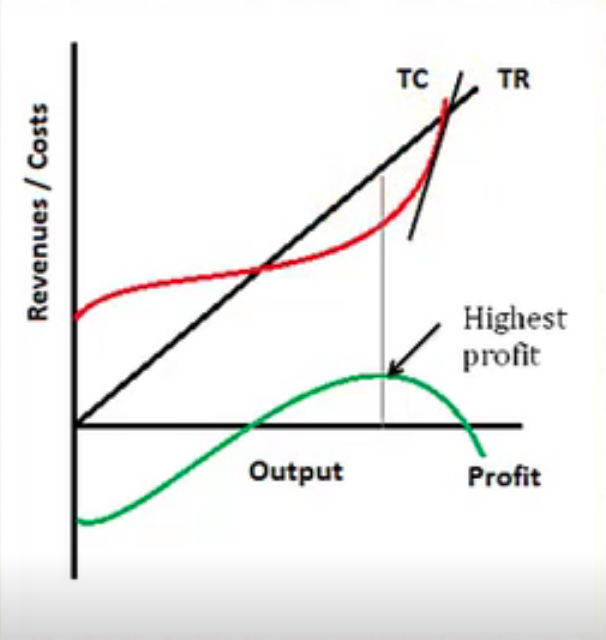 This means that as we are producing more, we are adding more to cost, and costs are increasing faster than revenues--in which case, we need to scale back and produce less.

big idea
Therefore, profit will be highest when we produce to the point where the slope of total revenue and total cost are equal.

All variable and fixed costs associated with production which includes opportunity cost.

All sales generated by a firm from the sale of a product or service.