(more)
See More
Tutorial
what's covered
In this tutorial we will look at how philosophy relates to science, and consider some of the issues around justifying our belief. Our discussion will break down like this:

Not only does philosophy do things that science cannot, it can also improve the sciences. One of the main ways it does this is by revealing beliefs or assumptions that influence scientific activity.

A scientist may try to solve food shortage by developing ways for crops to have higher yields (e.g. genetic engineering). A philosopher may reflect on the nature of the problem and show that it is not more food that is needed, but a better distribution of the food we already have, thus pointing the way for scientists to find solutions to food distribution.

Scientists are very good at finding solutions to problems, but do not always place the same amount of energy into thinking about whether the problem itself is properly posed. Philosophy can make us aware of the nature of the problems or goals we are responding to.

Another way philosophy can help science is by drawing attention to the way that scientists’ observations may be influenced by their expectations.

You know that when steel is exposed to oxygen, over time it will rust and turn brown. If you did not know what color copper turns, you might expect to see brown also. And you might think you see it turn brown, even thought it actually turns green.

You might be thinking: “I would never make that mistake.” And maybe you would not in this example. But you never know when your expectations might influence your perception of things.

did you know
In an experiment at Harvard University in 1949, two psychologists, Jerome Bruner and Leo Postman, found that people would often allow their expectations to influence their perception of things. 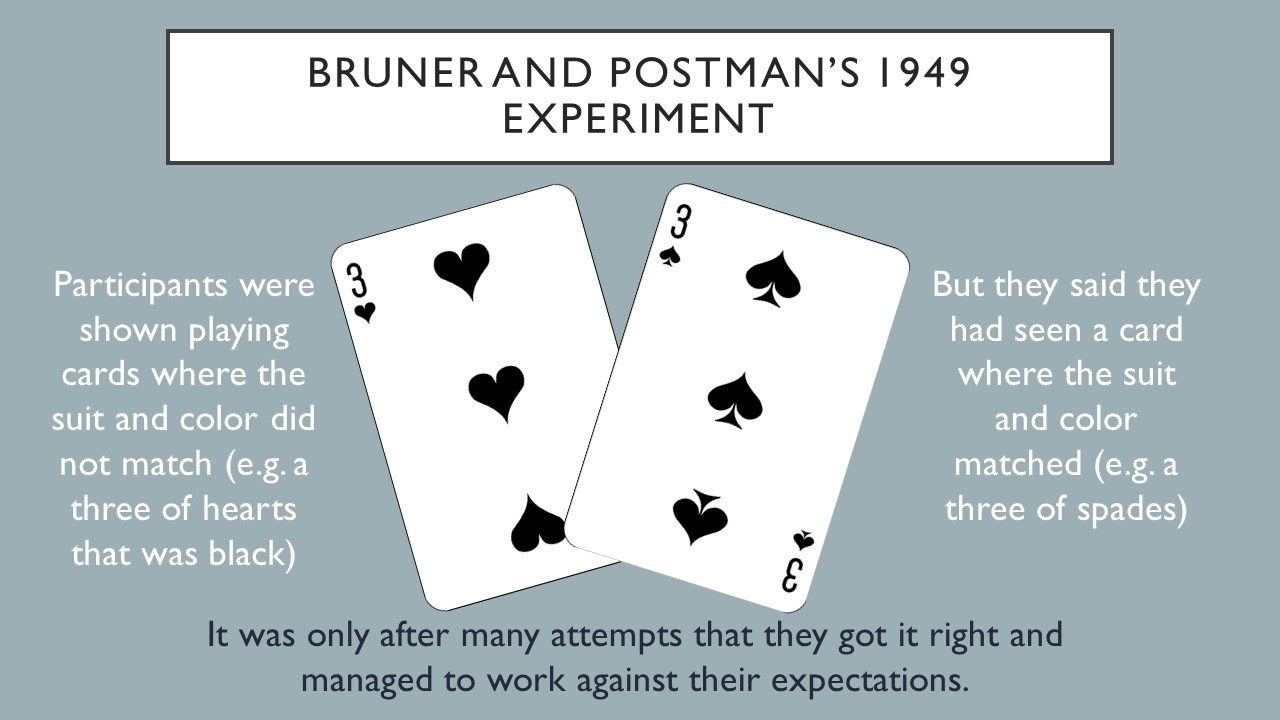 Being aware that scientific results may be distorted in various ways leads many scientists to think philosophically about their practice.

If a scientist finds evidence that supports her view, she will rarely think that her job is done. Instead, she will repeatedly perform experiments in different ways to try to rule out any biasing factors.

As this example shows, a scientist’s job is not finished once she has made an observation. At the very least, she reflects upon the nature of the observation itself, which is a philosophical activity. On top of this, scientists will also need to think about how their results relate to other scientists’ findings.

did you know
For a long time, scientists believed light to be made of particles. But then some observed light behaving like a wave. How can we fit these together? You might think: “surely only one can be right.” Reflecting on this problem led Einstein to the conclusion that both descriptions of light are correct in their own way (which contributed to him being awarded the Nobel Prize in 1921).

There are other ways that reflection on science itself yields important scientific results. An important question for social science is whether it should follow the model of the natural sciences. Which way a scientist answers will determine the kind of investigation they do and the discoveries they make.

A lot of what we have been talking about revolves around willingness to question ourselves. But this should not make us think that we should give up having beliefs altogether.

You can have a belief without being completely certain about it.

think about it
You would check the weather report before going hiking. Say the forecast was good, and you packed your gear. Would you be completely certain that it won’t rain? Or would you be prepared to watch a movie just in case?

For your belief to be rational, you consider the evidence both for and against. You must weigh up all the available evidence and let that guide your belief. Remember, it is not enough to have an opinion in philosophy, you need to justify your claims.

When philosophers debate about whether abortion is morally permissible or not, they do not take seriously everyone’s opinion on the matter, only those that can give well-reasoned arguments in support of their view.

We have been comparing and contrasting science and philosophy in various ways. We have seen that philosophical approaches, though distinct from non-philosophical ones, can complement them.

summary
We started this tutorial with a review of philosophy, considering some of the core characteristics of philosophical inquiry. Then philosophy and science were compared, focusing on how philosophy can aid scientific inquiry, before looking at the presence of philosophy within science. In particular, we saw how scientists reflect philosophically on their activities and methods.

Then we saw how we need to balance belief and evidence in order to be rational. Finally, philosophical and non-philosophical questions were contrasted to give an idea of the variety of approaches that can be taken on a single topic.