Free Professional Development
Or
Close Popup
+
2 Tutorials that teach Photosynthesis and the Carbon Cycle
Take your pick:
Previous Next

Photosynthesis and the Carbon Cycle

Determine how carbon is cycled between plants and animals.

Photosynthesis is the foundational process that provides energy for all life on earth. It captures and converts solar energy into energy that all life eventually consumes through various pathways. Vitally important to the process of photosynthesis is carbon. All living things on Earth are made of carbon and carbon that has been recycled.

With photosynthesis, carbon dioxide combines with water and light to yield glucose and oxygen. 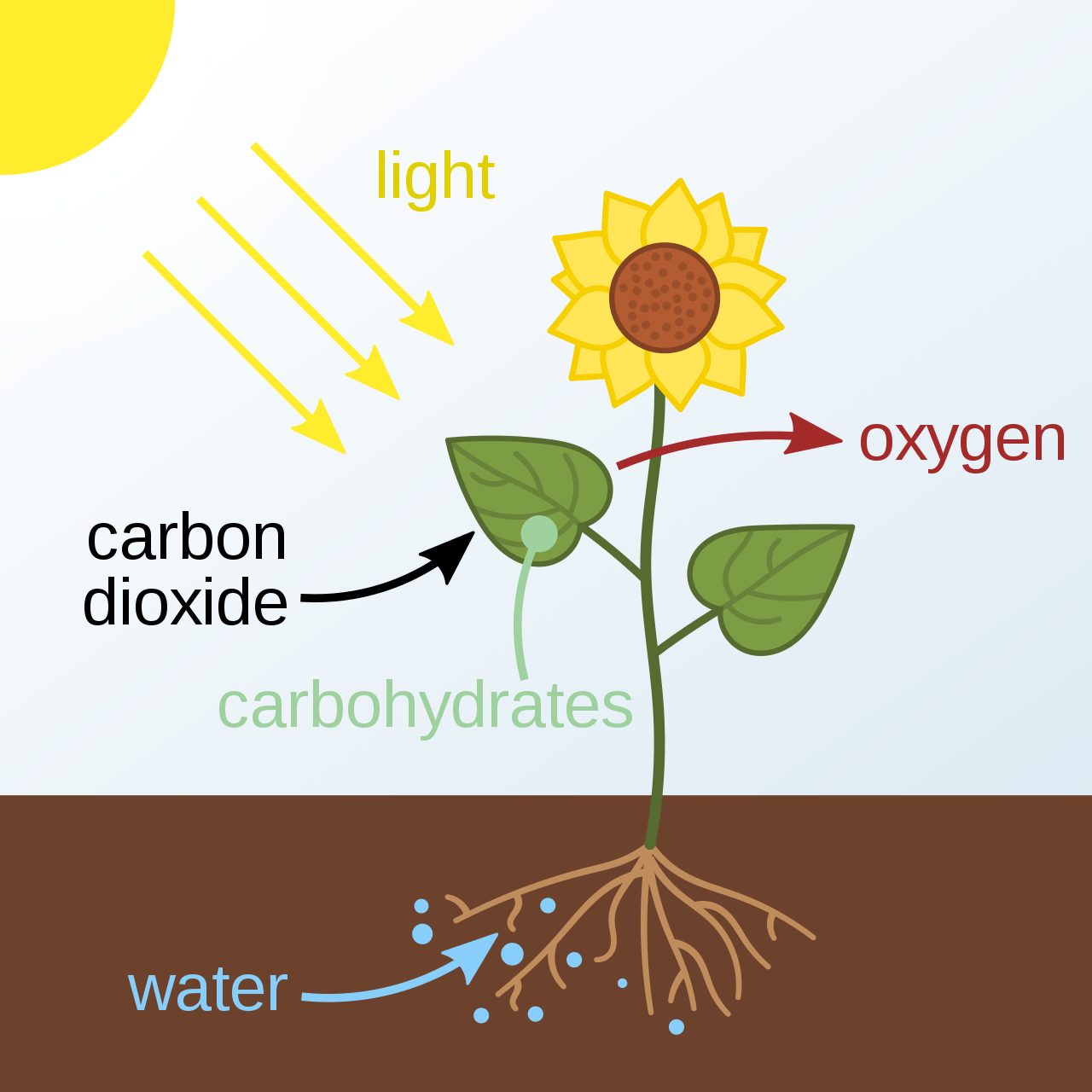 The process of photosynthesis is mapped out in the following equation.

Carbon flows between the sun, plants, animals, humans, and the atmosphere. Living things, including plants, can perform the process of cellular respiration, which is when sugars are oxidized to produce energy, carbon dioxide, and water. This creates a reciprocal process, where plants absorb carbon dioxide and produce oxygen, while many other living things reverse the process.

Important to note are the following:

Plant matter that died is sometimes compressed over millions of years underground to form oil.

The carbon cycle, shown below, is the map of how carbon flows and cycles on Earth. All living things on Earth are made up of carbon that originated as CO2 in our atmosphere. 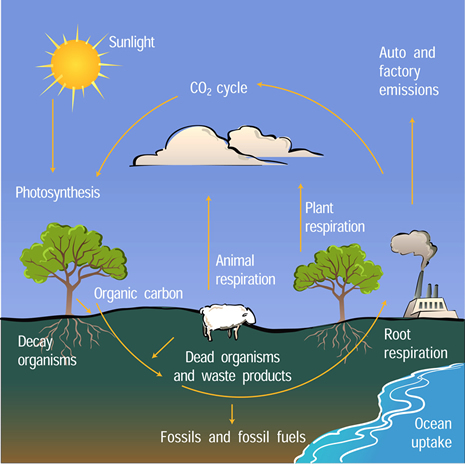 Step 1: As mentioned before, plants use carbon in the form of carbon dioxide, combined with water and sunlight, to create sugars and oxygen in order to grow.

Step 2: Animals then eat plants and absorb the carbon as sugars and other compounds.

Step 3: The animals grow and perform cellular respiration, releasing the carbon as carbon dioxide into the atmosphere through their breath.

Step 4: Completing the cycle, plants then absorb the carbon dioxide from the atmosphere once again during photosynthesis.


The carbon cycle can occur in long-term intervals, such as dead organisms getting compressed over millions of years to form fossil fuels, which are then extracted and burned by humans, thereby releasing the stored carbon back into the atmosphere as CO2.

It also occurs in short-term intervals, such as plants storing it in photosynthesis, getting eaten by consumers who are eaten by higher consumers, who then release CO2 during respiration, before eventually dying and being broken down by decomposers such as fungi and bacteria, who cycle the carbon back into the system through decomposition.

3. Human Impact on the Carbon Cycle

Humans have also impacted the carbon cycle by releasing increased amounts of CO2 gas into the atmosphere, which traps heat and water vapor.

In turn, the increased heat has caused ice caps and glaciers to melt, which has changed ocean temperature and salinity, raised sea levels, and affected climate and weather patterns.

In addition, deforestation and land development have reduced the total amount of carbon stored in vegetative life, resulting in increased levels of CO2 in the atmosphere, which has affected the earth's carbon cycle.