Population is the group of a given species in a specific time and area. Population ecology is the study of those populations, their characteristics, population growth, and what influences that growth. Important characteristics are as follows:

Therefore, births minus deaths equals the population change for that time interval.

Let's calculate the fictional population growth of rabbits in Cottonwood, as shown in the graph below. 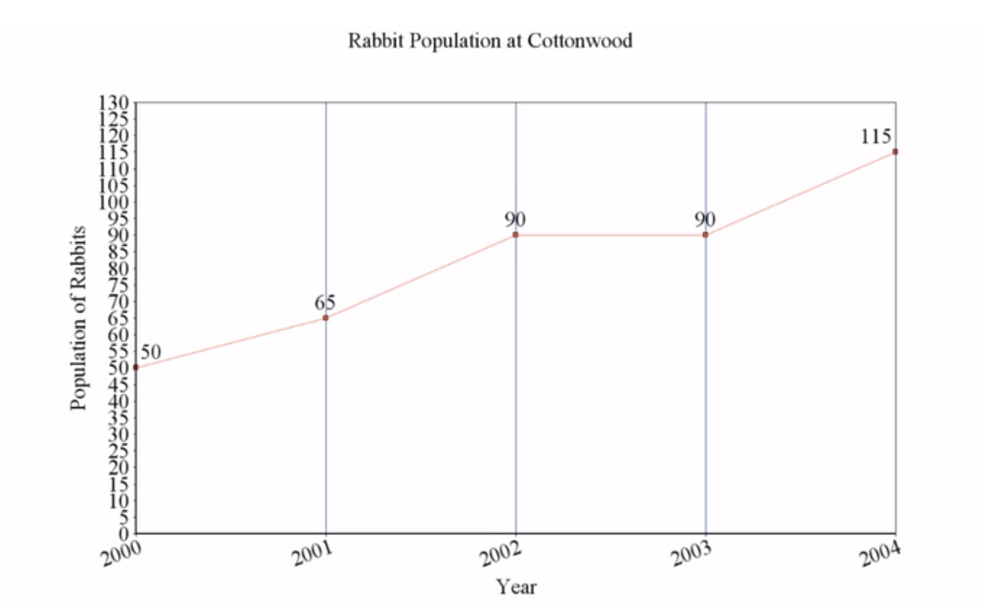 The initial population was 50. Suppose in the first year, there were 20 births and five deaths; 20 minus 5 equals 15. Therefore, the population change was plus 15.

Within the study of population growth, there are two main types: exponential and logistic.

Exponential growth assumes unlimited resources in an idealized situation without limiting factors. Because of this assumption, the population can grow in an exponential manner based on birth and death rates. However, in the real world, exponential growth cannot be sustained for long in any population.

An exponential growth curve when time is the x-axis and population is the y-axis is a lot like a J shape, shown in the diagram below, if extended over enough intervals of time. The slope of an exponential population graph at any given interval is determined by the rate of change of births and deaths. 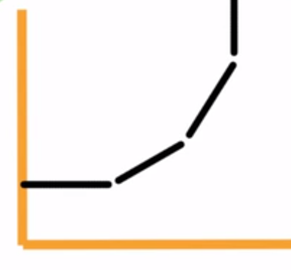 This first graph is a shallower growth curve, because the population has a lower birth rate. However, if that birth rate increases, the curve of the graph will get steeper. 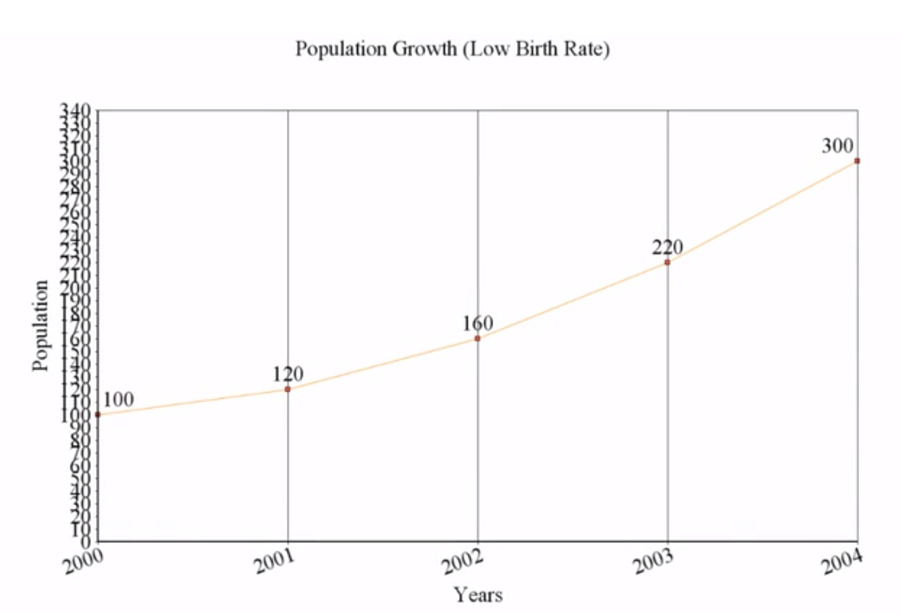 Next, in the second graph, it is all the same data, except that the birth rate is higher. Can you see how the curve of the graph has gotten steeper? Even though infinite exponential growth is unrealistic, it gives scientists the ability to understand maximum potential population growth in ideal conditions of a species. 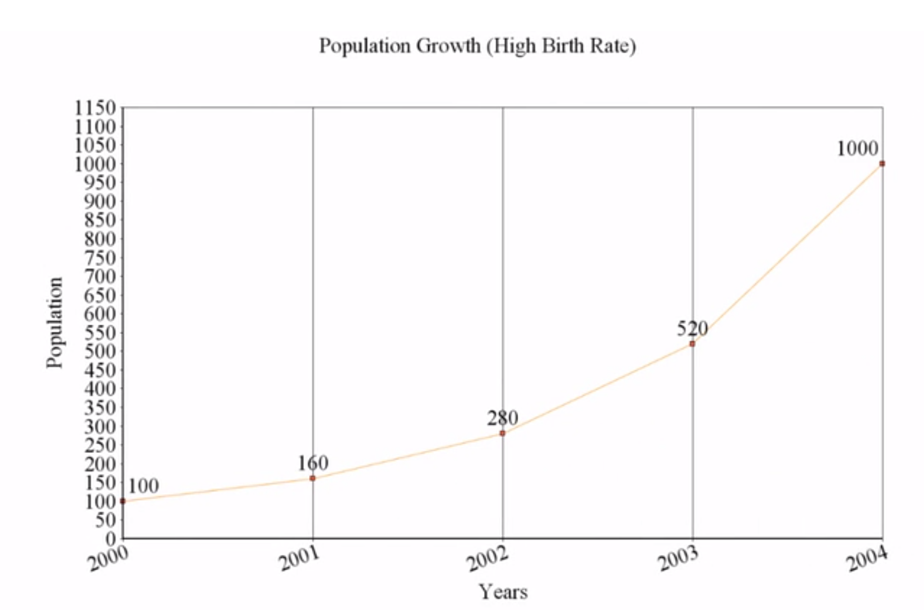 On the other, more realistic side of things is a logistic population growth graph, which takes into account limited available resources. Limiting resources might be both biotic and abiotic factors, such as food availability or the amount of precipitation.

Due to limiting factors, all populations in a certain area have what is called a carrying capacity, also referred to as "K". This is the maximum sustainable population that an area can support. If a population exceeds this benchmark, it will inevitably decrease and fall below this line, because the ecosystem cannot support anything above that line.

Consider the graphical example below. Note the dotted line representing the carrying capacity, or "K". Logistic graphs tend to create an S curve as the population's growth rate increases, and then decreases, as it nears K. In ecosystems, species populations are generally below the carrying capacity for that species in that location. 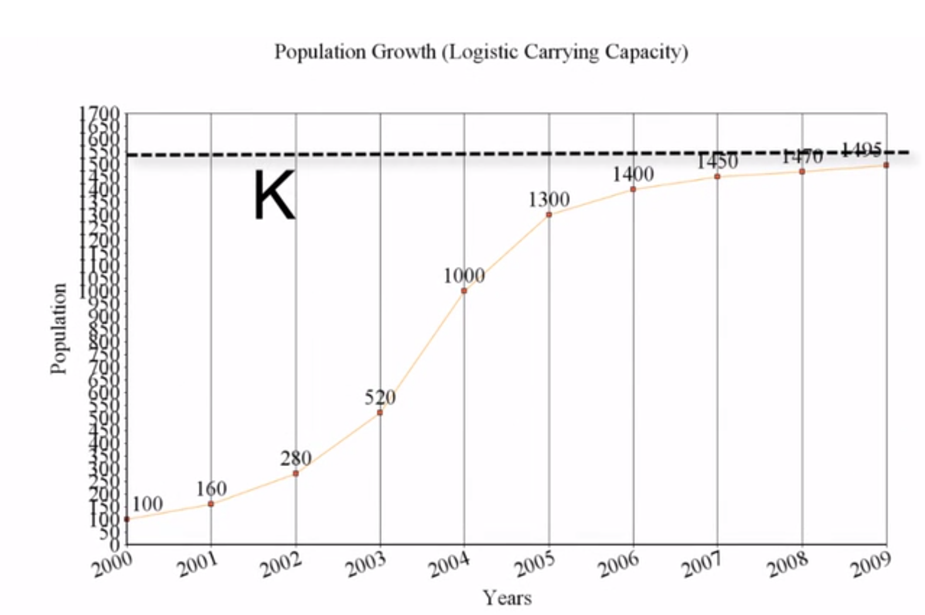 Another important tool for population ecologists is a life table. Life tables, like the one below, summarize age-specific birth and death rates for a species population.

This table shows the number of fictional insects of a particular species at various ages. At one month, it has dropped down to 722 individuals. Its birth rate at three months is 430 offspring.

Life tables like these are used for population management and conservation. It allows humans to identify which parts of species populations at which times are needing protection and which can be harvested.