Or
Close Popup
+
2 Tutorials that teach Producer Surplus
Take your pick:
Previous Next

Tutorial
what's covered
This tutorial will cover the topic of producer surplus, focusing on its definition and representation on a supply graph.

1. Supply As Willingness to Produce

You may recall that supply refers to producers' ability to produce something and their willingness to supply it at a given price.

From this viewpoint, how much a firm is going to be willing to supply at any given price will depend on its costs. There are two different types of costs that businesses or firms face:

Now, if we looked at it in terms of overall market supply, at low prices very few farmers would be able to be profitable--or be able to produce at all.

Therefore, there is a positive relationship between price and quantity with supply, as you can see when we plot the points. The supply curve is upward sloping. 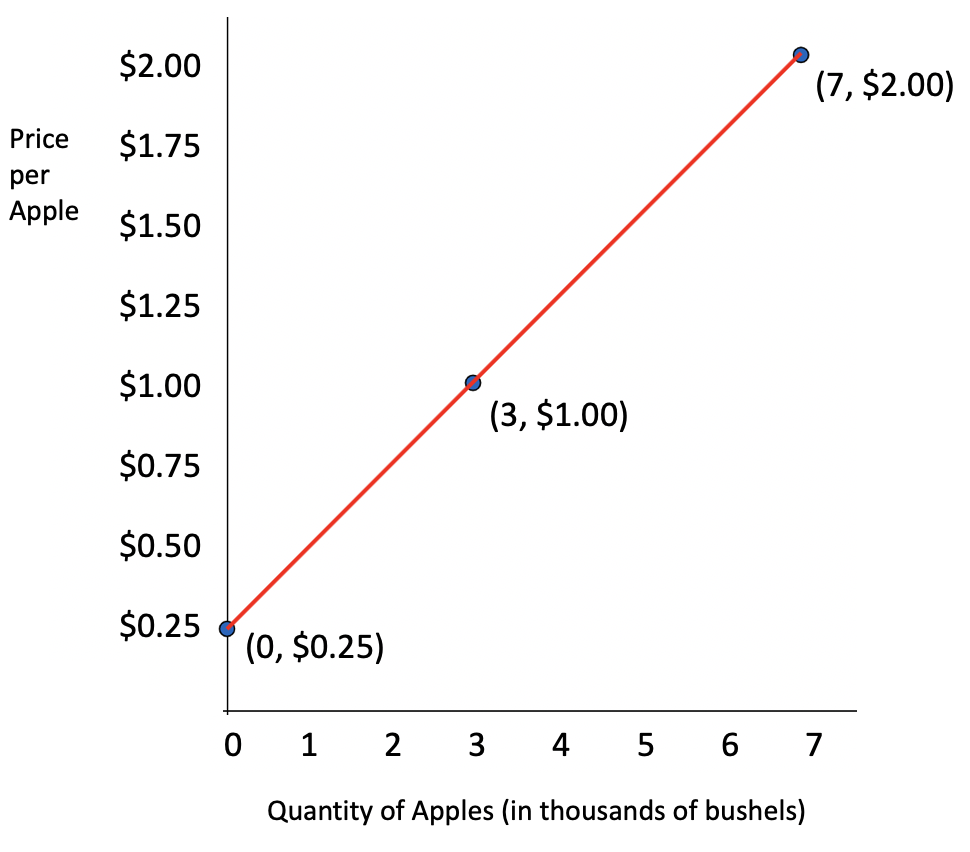 Each of these price and quantity combinations represents a producer's willingness to produce. However, what if a farmer could charge a higher price than what he is actually willing to accept? This is the idea of producer surplus.

Producer surplus is the difference between the actual market price for a good and the least amount a producer would have agreed to receive for the good.

So, referring back to our supply curve with apples, let's say the market price for apples is $1. You can see that at the price of $1, 3,000 bushels of apples will be produced.

The shaded area in red represents the total amount of producer surplus. 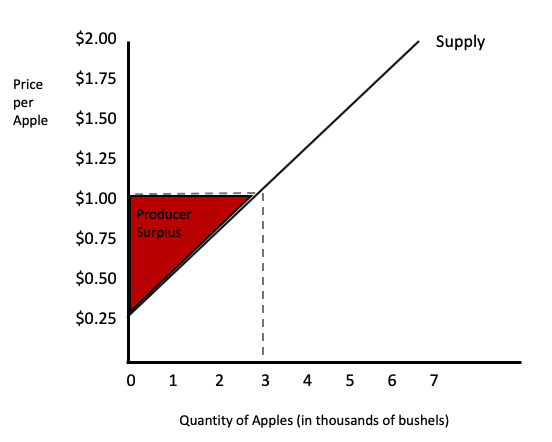 All of the people on the supply curve below the $1 market price were actually willing to produce for less than $1. However, the current market price is $1, so they are receiving $1.

The person willing to produce for $0.25 enjoys the largest producer surplus, and as we get closer and closer to the actual market price, the producer surplus is smaller, but it still exists.

All of the people above the $1 market price on the supply curve would not be producing at all, because they were only willing and able to supply at higher prices than the current market price.

hint
Basically, the area of producer surplus is showing the total benefit received by producers who are receiving a higher price than what they were willing to accept. Sometimes we refer to the lowest price they are willing to accept as the reservation price.

Now, many people confuse producer surplus with profit, but this is actually not the case. Very often firms--at least in the short run--can be losing money in this situation.

A classic example of this situation is an ice cream store operating in the middle of the winter where it is quite cold. Often, this type of business might stay open in the winter.

Keep in mind that they have to pay their rent and taxes every month, or those fixed costs. Therefore, if they can at least cover their variable costs, meaning the cost of their workers and their materials, it will actually benefit them to stay open.

They are not necessarily making a profit in those winter months, but they will be better off staying open versus having to shut down and pay their fixed costs.

In this case, they are enjoying producer surplus, but they are not necessarily profiting. Also, note that in the summer they will earn plenty to make up for the fact that they are losing some money in the winter.

Again, looking at our supply curve, the person at the exact point of the market price on the curve technically enjoys zero producer surplus. This person's revenue would be exactly equal to those variable and opportunity costs. If he were to produce, it would cover exactly what it costs him to bring the workers in, etc. 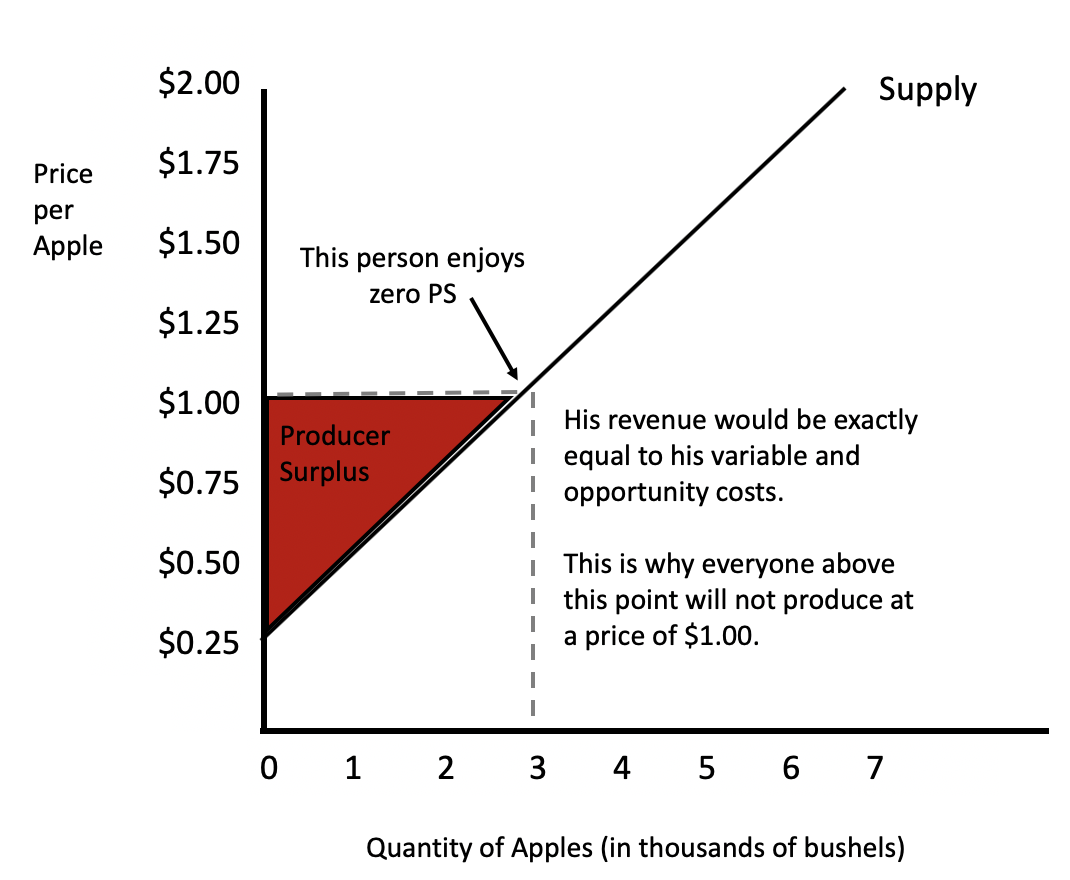 This explains why the people above that point along the supply curve choose not to supply.

summary
We started today's lesson by discussing the concept of supply as willingness to produce. We learned how producer surplus is the difference between the minimum price at which producers will sell--their reservation price--and the market price. We also noted that the area of producer surplus on a graph is everything above the supply curve up to the market price.