Calculate the residual of a given situation.

Tutorial
what's covered
This tutorial will cover the topic of residuals, which occur when you fit a line to data points. Our discussion breaks down as follows: 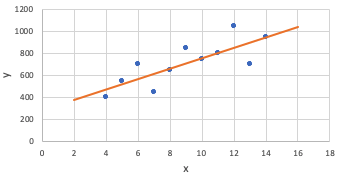 Most of the time, they don't lie exactly on a line. In that case, most of the points are going to have some difference between what the line predicts and the value that they actually are. Because the line shows predictions, they'll be off a little bit from the actual values, even if only by a little.

A residual is the amount by which the predictions are off from the actual amount.

The scatterplot below shows the 1992 payrolls for the National Football League for their quarterback, who's usually their most expensive player, and for the entire team. 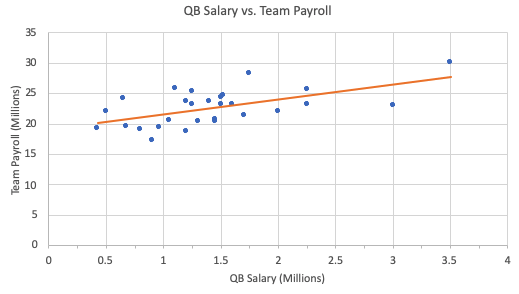 Let's consider the Dallas Cowboys, circled in the scatterplot. 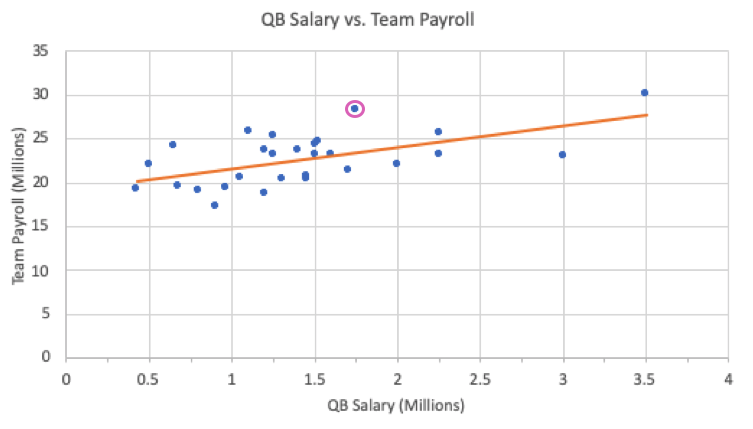 They pay their quarterback $1.75 million, and they pay the overall team $28.394 million, which is well above what the line would predict for a team that pays their quarterback that amount of money. To find the predictive value, we can use the best-fit line equation, plug in the value of the quarterback salary for the Cowboys, and solve for the team payroll.

We would predict that if a team pays their quarterback $1.75 million, their team payroll would be $24.05 million. We can also look at this visually to confirm this predictive value. 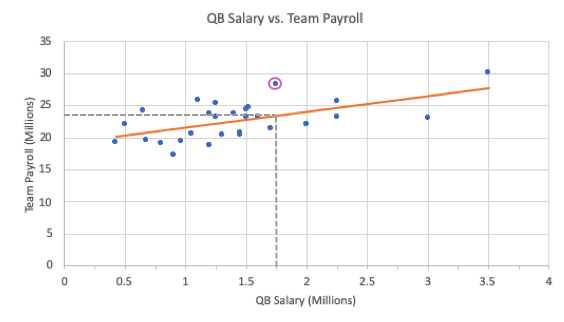 However, when you look at the Dallas Cowboys' data, the actual payroll is $28.394 million. That's over $4 million more than the line would have predicted their payroll to be. This vertical distance between the $28.394 million that is actually being paid versus the $24.05 million that's being predicted is called the residual between those two values. 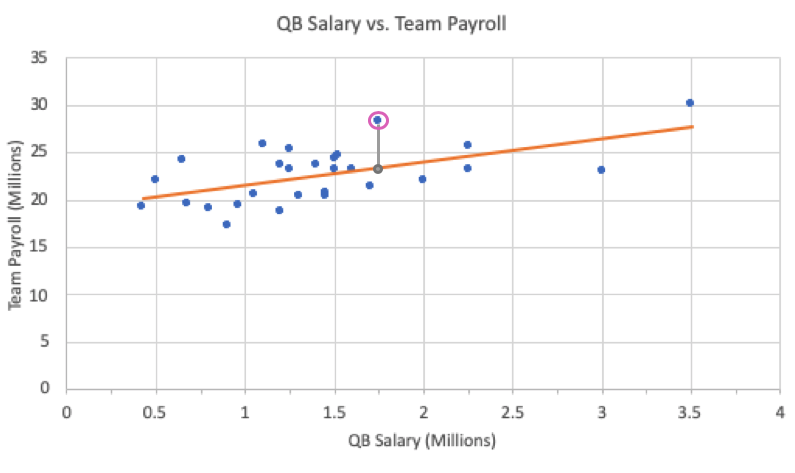 So in this case, the residual for the Dallas Cowboys is calculated by taking the actual team payroll minus the predicted team payroll:

In this particular problem, the residual for the Dallas Cowboys ends up being $4.344 million. This is a positive number.

Every point has a residual value:

The difference between the actual value of the response variable for a particular data point and its predicted value from the regression line.

The second graph, where you see how far off the predictions are, is called a residual plot. A residual plot is quite useful because it can help you evaluate whether or not a line is actually a useful predictor for the data.

A good linear model will have:

summary
Residuals are how much the data points are different than the line of best fit. They're positive if a point lies above the line, negative if it falls below the line, and zero if it falls on the line. You can use the resulting residual plot to determine if a line is actually an effective model for predicting the data.

The difference between the actual value of the response variable for a particular data point and its predicted value from the regression line.