Or
Close Popup
+
4 Tutorials that teach Sampling
Take your pick:
Previous Next

Differentiate the sample and population during sampling.

Tutorial
what's covered
In this tutorial, you're going to learn all about sampling, focusing on:

Sampling always starts with a population. Population is the complete set of all the things that are being studied. 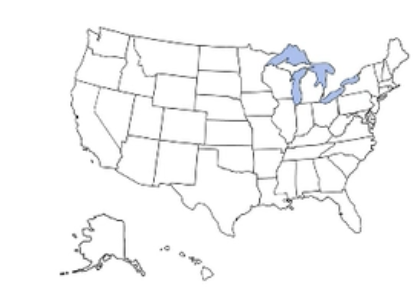 Since the group of people from the United States seems like too big of an example, a smaller example of billiard balls will be demonstrated. As you see in the image below, the complete set of things in this particular example are the 15 billiard balls on a pool table.

With a group so small, it's possible to take all of them and define some attribute of them like color, or weight, or what have you--whether they're striped or solid, there are lots of different ways that you could describe each pool ball. And it's easy enough just to take the entire population and examine all of them.

The entire set of individuals from which to sample.

When you think about the United States example, you can see that it's not really always feasible. Suppose your population is a large group of people, much larger than 15 people. It's kind of a big group, and it might be hard to get answers from everybody. 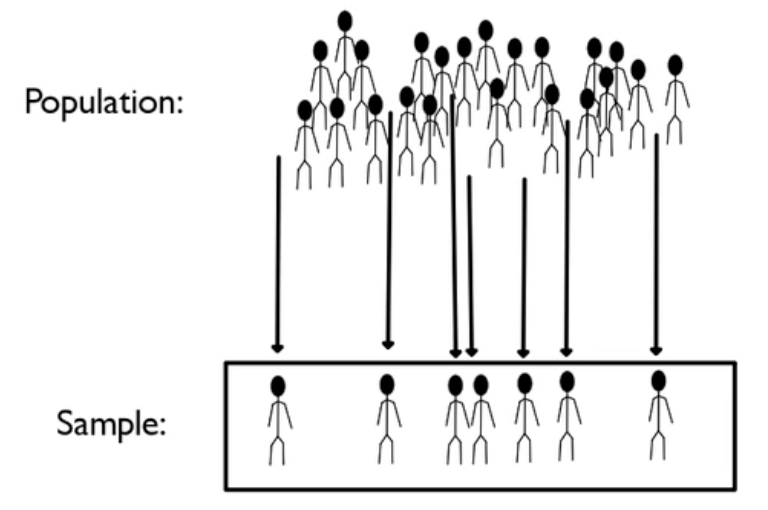 There are certain ways that you can guarantee that a sample will be representative. One way is to take the entire population and put them in a hat.

Let’s say you shake up the hat, and take out a sample of five. 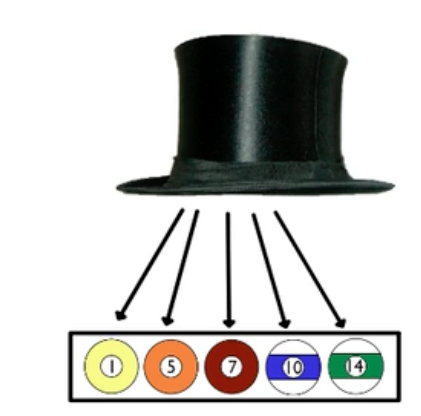 There are certain ways to guarantee that you won't get a representative population. Suppose I specifically cherry picked only solid colored billiard balls. Well, that wouldn't be very representative of the population of 15.

think about it
Is it possible that when you take that hat and pull out five billiard balls that all five of them are solid? Sure, that's possible, it's just not all that likely. If you cherry pick, that's not a good idea because you're getting something that's specifically not represented.

A subset of the population. There are many ways to select a sample.

A sample that accurately reflects the population.

Source: this work is adapted from sophia author jonathan osters.

The entire set of individuals from which to sample

A sample that accurately reflects the population

A subset of the population. There are many ways to select a sample.