Seeking Security at Home in the 21st Century

(more)
See More
Tutorial
what's covered
In addition to their efforts to bring about economic recovery, Presidents Bush and Obama oversaw the creation of a massive national security system that monitored domestic and international activity following the 9/11 attacks. The Bush administration justified the need for this system by pointing out that the U.S. was vulnerable to terrorism. However, it was a natural disaster, Hurricane Katrina, that revealed the shortcomings of homeland security efforts. The challenges of safeguarding the nation would continue to play a role in the administration of Bush’s successor, Barack Obama.

This tutorial examines national security in the 21st century in four parts:

As President Bush authorized the invasion of Afghanistan and considered invading Iraq, Congress worked on legislation to prevent foreign terrorist attacks on the United States.

Shortly after 9/11, the administration also pushed the USA Patriot Act through Congress.

did you know
The USA Patriot Act is over 300 pages long!

Centralized control of a number of government agencies in one department, to respond to foreign and domestic terrorist threats. 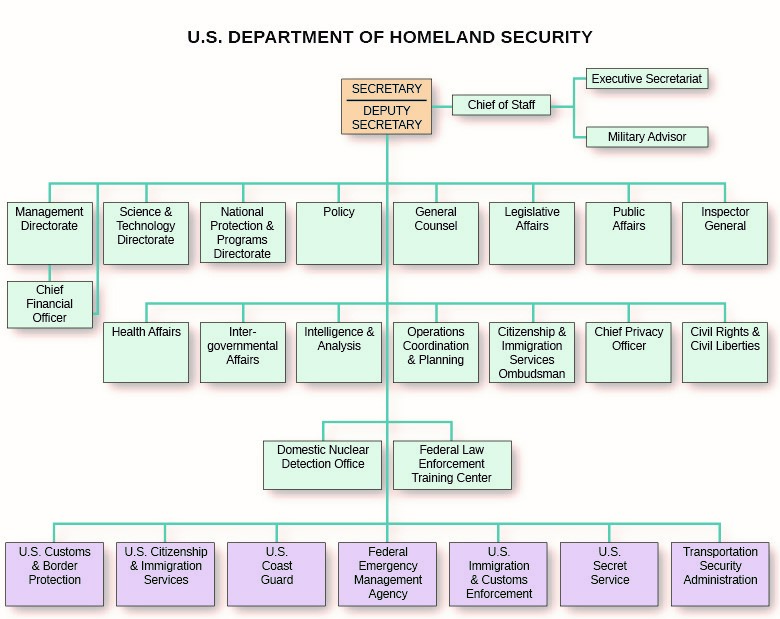 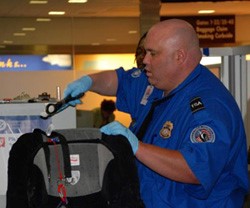 As some Americans suspected that there were enemies in their midst, crimes against Muslim Americans, and those thought to be Muslim, increased. The Bush administration discouraged anti-Muslim sentiment.

While commemorating the one-year anniversary of the 9/11 attacks, President Bush stated, “We respect the faith of Islam, even as we fight those whose actions defile that faith. We fight, not to impose our will, but to defend ourselves and extend the blessings of freedom.”

In the aftermath of the 9/11 attacks, the Central Intelligence Agency (CIA) detained thousands of young Muslim men. Some of them were held without being charged, even though they had not been involved in terrorism. Because U.S. law prohibits the use of torture, the CIA transferred some of them to other nations, where authorities could use interrogation methods that are not allowed in the United States.

While the CIA operated overseas, the Federal Bureau of Investigation (FBI) and the National Security Agency (NSA) investigated domestic suspects.

Beginning in 2002, the NSA began a program of warrantless domestic wiretapping known as the Terrorist Surveillance Program.

These activities had a shaky constitutional basis. Law enforcement activities are limited by the Fourth Amendment, which protects citizens against unreasonable searches and seizures. These surveillance activities continued despite the fact that they sometimes exceeded Fourth Amendment limits.

did you know
It has been estimated that there were 11 million undocumented (or illegal) immigrants in the United States in 2005.

In 2006, the Republican-controlled House of Representatives passed a law which designated illegal entry and presence in the U.S. as a felony. In addition, the law made it a crime to employ illegal immigrants or to assist them in a number of other ways. As a result, millions of illegal (and legal) immigrants, along with native-born opponents, participated in protest demonstrations.

Some immigrants viewed attempts to limit their movements, or their "path to citizenship", as a civil rights challenge. Political conservatives saw immigrant activism and lenient immigration policy as a homeland security challenge. Congress approved an expansion of the U.S. Border Patrol, which was one of the agencies that had been incorporated in the Department of Homeland Security, and agreed to expedite construction of a 700-mile-long fence along the border with Mexico. The status of the millions of undocumented immigrants who were already in the U.S. remained unresolved. 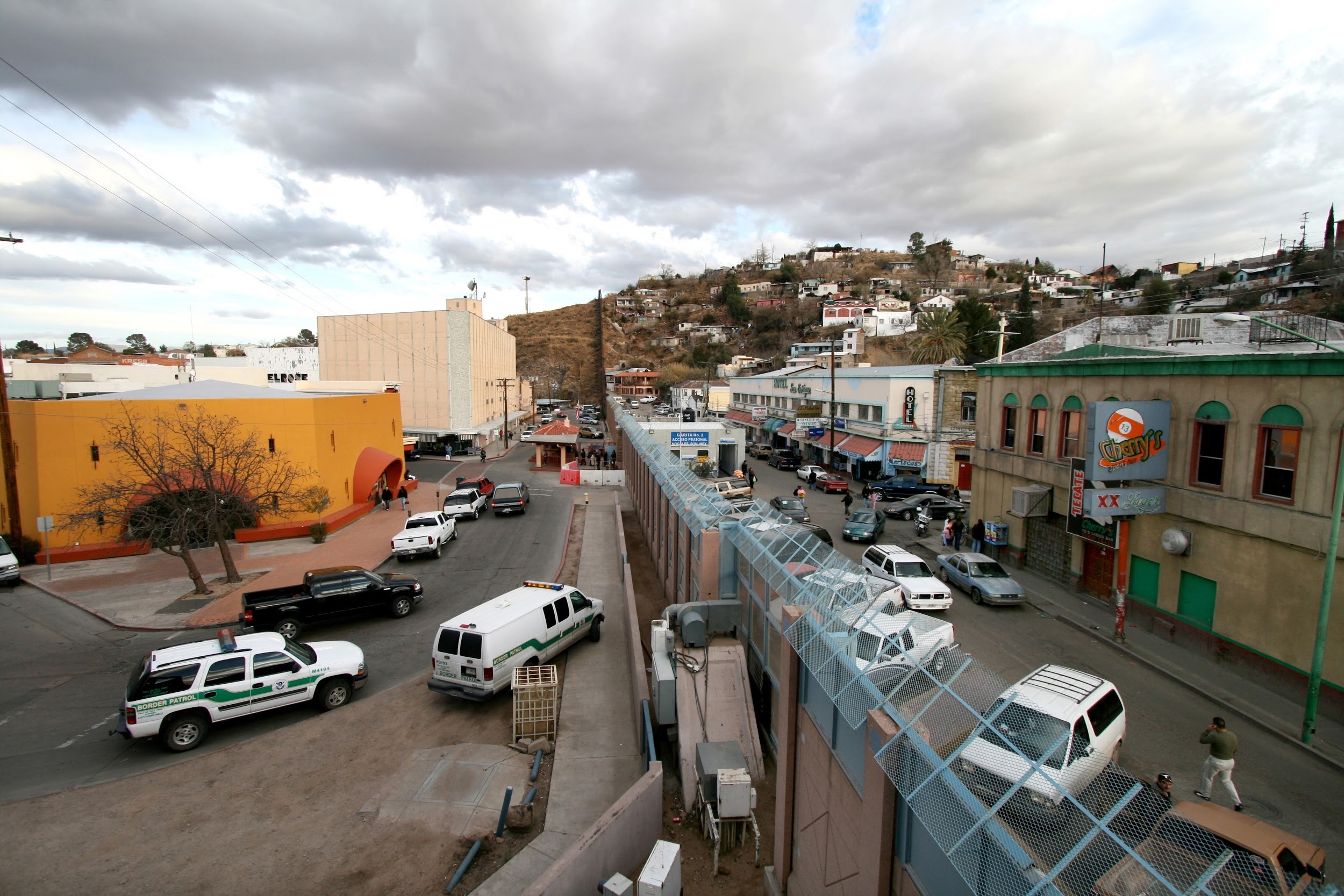 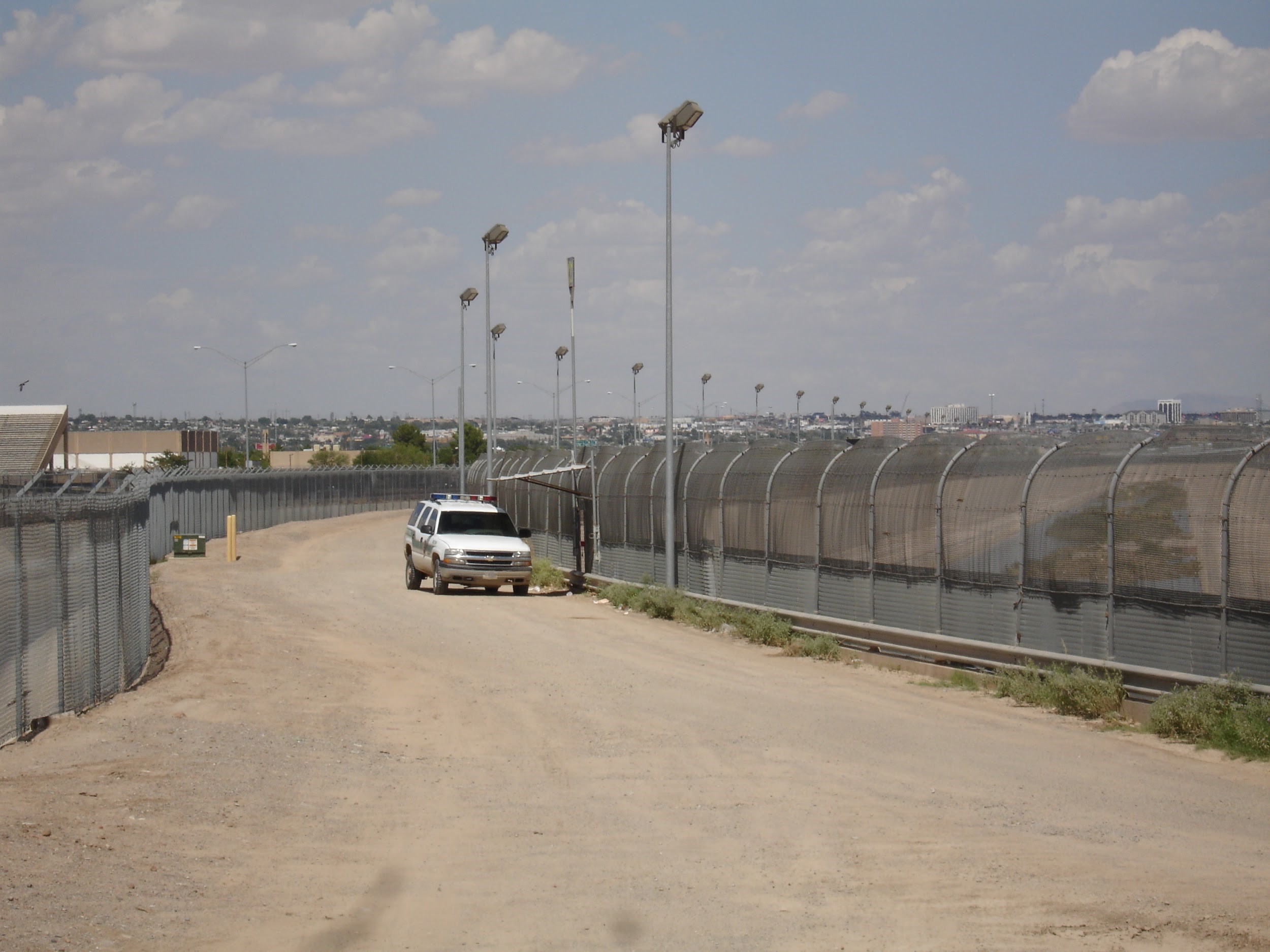 As immigration was debated, another event indicated the persistance of inequality in the U.S. and led some to ask how the Bush administration defined homeland security.

On August 29, 2005, Hurricane Katrina devastated coastal communities in Alabama, Mississippi, and Louisiana. New Orleans (much of which is situated below sea level) had survived many hurricanes and floods, but suffered historic damage when levees (i.e., embankments) failed to prevent flooding during the storm.

The natural disaster became a social catastrophe. When the levees broke, flooding killed approximately 1,500 people. Tens of thousands more were trapped, unable to evacuate, including many who were elderly, ill, or poor. 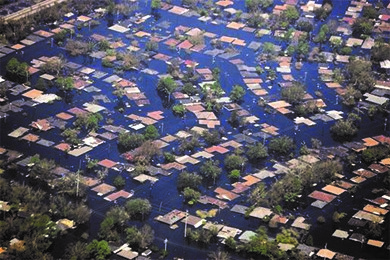 did you know
Some residents of New Orleans sought refuge in the Superdome stadium, which lacked adequate food, water, and sanitation. 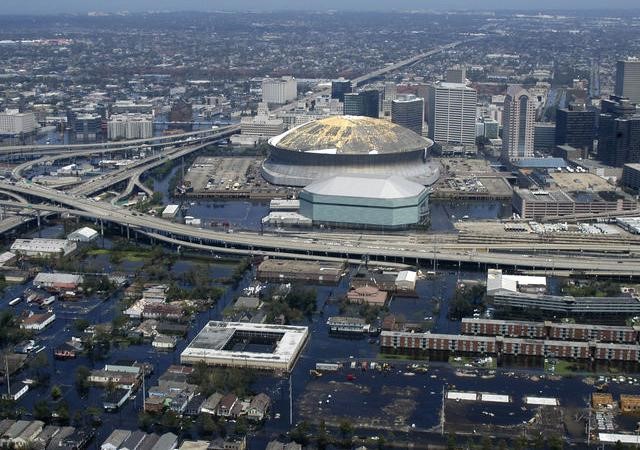 City services collapsed during the disaster, requiring the federal government to step in. Although the U.S. Coast Guard rescued more than 35,000 people, the response of other federal agencies in the Department of Homeland Security was less effective.

The Federal Emergency Management Agency (FEMA), which is charged with assisting state and local governments in times of natural disaster, failed to coordinate relief efforts, and did not use available rescue infrastructure effectively.

Even President Bush’s response was criticized. Photographs of the President viewing New Orleans from the safety of Air Force One, combined with suspicion that he was unaware of the scope of the disaster, led some to conclude that Bush was detached from the problems of everyday people.

Although there was plenty of blame to go around — at the city, state, and national levels — FEMA and the Bush administration received the largest share. FEMA's inability to provide for the elderly, ill, poor, and black residents of New Orleans damaged the reputation of an administration that made homeland security its top priority.

did you know
Hurricane Katrina produced a New Orleans diaspora. The Lower Ninth Ward, a historically African-American neighborhood with a population of 14,000 in 2000, experienced the worst of the flooding. According to the 2010 census, the population was 2,862. More than ten years after Katrina, fewer than 40 percent of the former residents of the Lower Ninth Ward had returned to their homes.

3. The Rise of Obama

Factors including the President's response to Hurricane Katrina, the unpopularity of the war in Iraq, and the belief that his economic policies benefited only the wealthy, combined to lower Bush's job-approval rating. At one point in 2006, only 31 percent of respondents approved of the job he was doing.

As a result, young voters, minorities, and women supported Democratic candidates in the 2006 congressional elections. Democrats gained control of the Senate and the House of Representatives for the first time since 1994.

did you know
In January of 2007, California representative Nancy Pelosi became the first female Speaker of the House.

In addition to their 2006 gains in Congress, Democrats captured the White House with the election of Barack Obama in 2008. The first African-American presidential nominee from either major party, Obama gained national attention in 2004 when he delivered a keynote address at the Democratic National Convention while running for his first term in the U.S. Senate. During the Democratic primaries, Obama defeated former First Lady Hillary Clinton to win the nomination for President in 2008.

Obama’s opponent in 2008 was John McCain, a Vietnam veteran and Republican Senator from Arizona. Although McCain sometimes supported bipartisan initiatives in the Senate, he struggled to distinguish himself from President Bush. Many voters associated all Republicans with the wars in Afghanistan and Iraq. Additionally, McCain did not seem to grasp the impact of the 2008 financial crisis, which had reached a low point at the time of the election.

Obama offered promises of “hope and change” in domestic and foreign policy. His campaign mobilized supporters through online platforms including Facebook, YouTube, and Twitter. The Obama campaign effectively used social media to raise funds. During his campaign, he received 6.5 million donations, totaling $500 million. The majority of online donations were for less than $100.

Obama’s message, and the extent to which his campaign exploited social media and grassroots enthusiasm for his candidacy, enabled him to win the presidency. 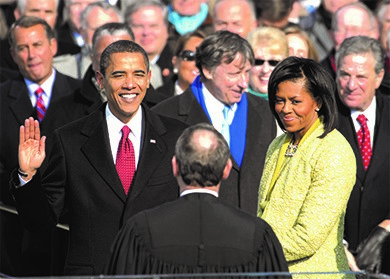 During his first inaugural address in January of 2009, President Obama declared, “That we are in the midst of crisis is now well understood. Our nation is at war, against a far-reaching network of violence and hatred. Our economy is badly weakened, a consequence of greed and irresponsibility on the part of some, but also our collective failure to make hard choices and prepare the nation for a new age.”

With this statement, President Obama indicated that he was aware that he had been elected as the result of frustration with a sinking economy and the seemingly-unending War on Terror. He sought to implement a domestic agenda that reflected the programs of Franklin D. Roosevelt and Lyndon B. Johnson, instead of those pursued by the Bush administration:

One of the most significant initiatives undertaken during President Obama’s first term was the attempt to enact comprehensive health care reform. This initiative had been part of the Democratic Party’s agenda since the 1990s. Many observers assumed that it would move quickly through Congress since Democrats held majorities in both houses. However, as during President Clinton’s first term, strong opposition to reform was encountered. After months of negotiation, the Patient Protection and Affordable Care Act (which came to be known as Obamacare) was passed in March of 2010. 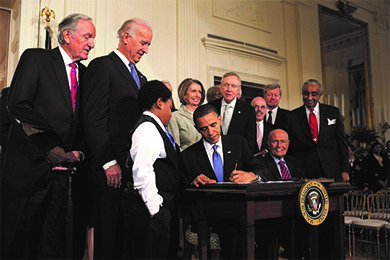 The Act was the first significant overhaul of the American healthcare system since the passage of Medicare and Medicaid in 1965. Obamacare implemented the following changes:

Efforts to reinvigorate the economy, and to provide all Americans with health insurance, were the results of significant federal legislative activity. However, with respect to foreign policy and the “War on Terror”, some observers had difficulty distinguishing President Obama’s objectives and actions from those of President Bush.

summary
The effort to maintain homeland security and prevent future terrorist attacks was a major focus of the federal government following 9/11. President Bush referred to 9/11 to justify increased federal monitoring of foreigners and American citizens. The focus on terrorism, however, led the administration to neglect another homeland security catastrophe: Hurricane Katrina and its aftermath. Frustration with Bush’s policies and the financial crisis of 2008 contributed to the rise of Barack Obama. Obama’s first years in office were a period of increased activity to implement domestic reform.

centralized control over a number of different government agencies into a single department in order to better control foreign and domestic terrorist threats.

enabled law enforcement agencies to monitor citizens’ e-mails and phone conversations without a warrant in the attempt to prevent domestic terrorism.

first African-American president of the United States, who served in office from 2009-2017 after running on a campaign of “hope and change” that appealed to American voters looking for an alternative to ongoing conflict in the Middle East and economic recession at home.

republican president and son of former president George H.W. Bush, who served as president from 2001-2009 following the contentious election of 2000; the terrorist attacks of 9/11 defined his term in office as he launched a “war on terror” that committed American troops and resources to ongoing conflicts in Afghanistan and Iraq.