- Explore Servant Leadership: Its meaning, history, and place in life.

- Identify the underlying concepts of Servant Leadership and draw a connection between them and      leader/follower relationship building.

- Utilizing critical thinking skills, be able to establish strategies to incorporate relationship building and Servant Leader concepts in the workplace.

In his book Servant Leadership: A Journey into the Nature of Legitimate Power and Greatness (1977), Robert Greenleaf attempted to tackle what he described as a "crisis in leadership".  Dr. John Horsman (2010) states in reference to this crisis, "... [it] developed from an inappropriate focus by administrators placing too much importance on perfection, too much attention on analytical problem solving, and too much attention on self-protection and self aggrandizement”.

Greenleaf dubbed his developmental solution to the crisis as “Servant Leadership”.  Perhaps his most well-known descriptive quote about the leadership style appeared in his 1977 book.  He prompted leaders to ask themselves the following questions: Do those served grow as a person? Do they, while being served, become healthier, wiser, freer, more autonomous, more likely themselves to become servants? And, what is the effect on the least privileged in society?  Will they benefit or at least not be further deprived?

Horsman, J. (2010) Journeying on the path of leadership:introduction to servant leadership.

The Journey to the East Written By Herman Hesse 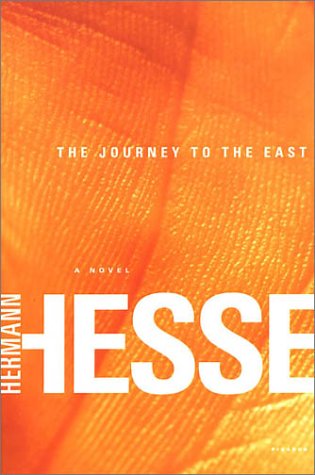 This book heavily influenced Robert Greenleaf in his development of the Servant Leadership concept.  The book tells the story of H.H. and his involvement in a secret group of artists, explorers, and philosophers called The League.  The group embarks on a journey to seek out truth and spiritual renewal.  The group is joined by a servant named Leo.  H.H. begins to realize that even though Leo is a servant, through his caring, mentoring, and advice, Leo emerges as a leader.  So much so that when Leo leaves the group, The League falls apart without his guidance.  It is revealed to H.H. in the end that Leo was actually the President of the League disguised as a servant as a test of the group's faith.

After reading The Journey to the East, Robert Greenleaf came to the conclusion that a good leader is a servant to the people first.  He later coined the term Servant Leader in his 1970 essay The Servant as Leader.

A Journey to the East

Very neat video narration of Hermann Hesse's book A Journey to the East.