Shape of a Sampling Distribution

Identify characteristics of the shape of a sampling distribution using the Central Limit Theorem.

Tutorial
what's covered
This tutorial will cover the shape of a sampling distribution. Our discussion breaks down as follows:

1. The Characteristics of Distributions

Mean of a Distribution of Sample Means

Standard Deviation of a Distribution of Sample Means 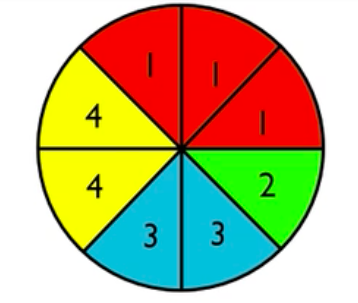 You can see here that one is the most common, three and four are the next most common (and equally common), and two is the least common.

As this graph shows, it's possible to get all 1's, but it’s not very likely. It's a lot more common to get something between 2 and 3. The spread of the sampling distribution is decreasing as n gets bigger. As the previous graphs show, the shape of the distribution changes as the number of spins, n, changes.

Suppose you are averaging 20 spins. It's almost impossible to average a 1, a 4, or even something close to 3. You're almost guaranteed to average something between 2 and 3. The spread, again, is decreasing.

think about it
What would you say is happening to the shape?

As n increases, the shape is becoming more normal.

In most cases, 30 is going to be a good sample size such that when you average the 30 observations, you are going to get something close to what you expect. With a sample size of 30, the distributions that are off from what you expect will tail off in a normal shape.

big idea
For almost all distributions, a sample size of 30 is exactly what we want. It's the Central Limit Theorem that explains why so many real-world processes are normally distributed.

Mean of a Distribution of Sample Means

Standard Deviation of a Distribution of Sample Means