Or
Close Popup
+
2 Tutorials that teach Storytelling
Take your pick:
Previous Next

Recognize the various elements of storytelling and how it is applied to the design process.

(more)
See More
Tutorial
what's covered
In this lesson, you'll learn about storytelling in the creative process, and why it's important. Specifically, this lesson will cover:

Storytelling is a pretty simple concept, and one that many are familiar with. In visual design, it's a great component for presenting work throughout the design process. It's important because every company wants to be identified using a main narrative.

Storytelling thus becomes a strategy that engages the consumer in what the company is all about, where it's going, and where it hopes to end up.

A synonym for story.

Information based on quantities or numbers (e.g. statistics).

Information valued for it characteristics.

Below is an image from an old TV commercial for a watch. 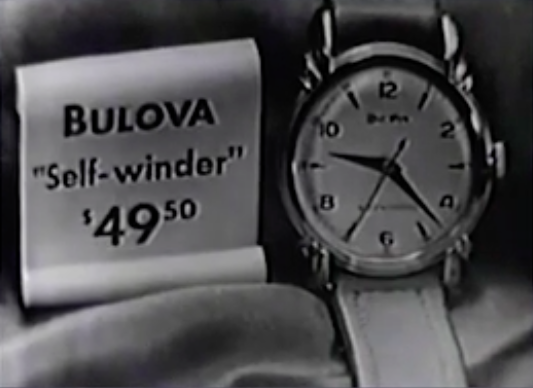 The commercial narrative states, "And for graduation, an event of a lifetime, give Bulova, the gift of a lifetime, the amazing new Bulova self-winding watch. It winds itself automatically. Just set it and forget it. The mere motion of your arm keeps it fully wound. 17 jewels, only $49.50. This stunning Bulova Starlet— it's so charming with an enchanting expansion bracelet. A superb gift, amazingly priced at only $29.75. The handsome, dependable Bulova Maxim, complete with matching expansion band— this exceptional timepiece is priced at only $29.75. Your friendly Bulova jeweler is now displaying over 300 distinctive 1951 models priced from $27.50 to $5,000. Each, regardless of price, embodies Bulova precision, beauty, and dependability. So for her, for him, forever, for the warmest thanks you ever received, give the world's finest timepiece, Bulova, gift of a lifetime." 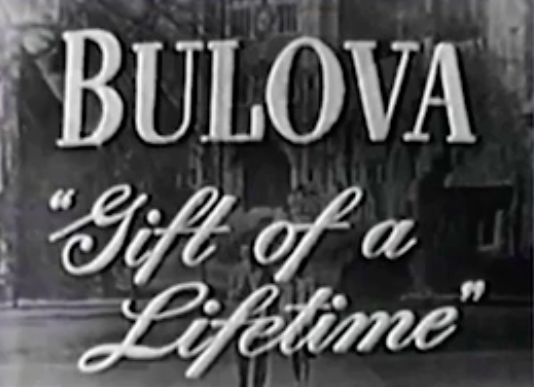 You can see the ad tells the story, or sequence of events, with a clear narrative, or structure of events. You can thus think of narrative as the design of the building, and story as the tour through the building.

The company was also able to give you quantitative information, like the number of varieties available, how many jewels the watches had, and the price ranges, then turn it into qualitative information about the watch having beautiful qualities and being recognized by many people as a great gift that lasts a lifetime. The ad did all of that while also providing emotional appeal and attachment to the consumer with the graduation occasion.

In the development of a story, there are three steps: writing a script, storyboarding, and production.

Writing a script is a bit different than writing a design brief in that a script's main objective is to flesh out a story. Below is the script for Argo, which won best picture. 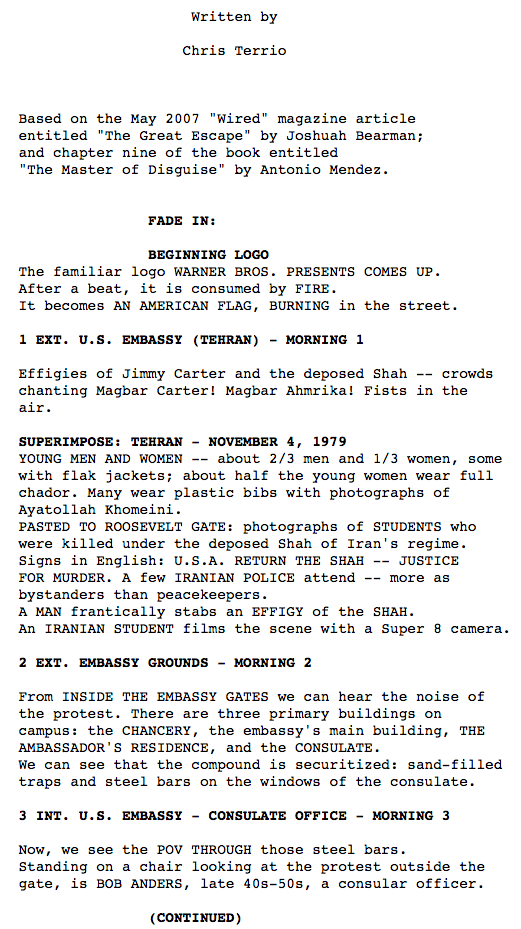 You can see how a script is typically formatted into sections with numbered, noted, and labeled shots. You take the script and go on to the second step, which is storyboarding. 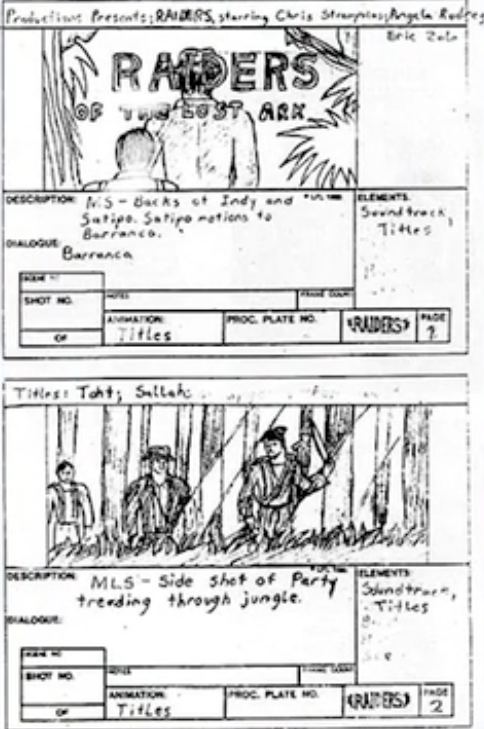 Storyboards translate or visualize the script into sequential images. Imagery is used to convey the story, so it's important to keep images in a logical order, much like you would in a comic book.

The last step in developing a story is production, which is the shooting of footage, or the animation of graphics if this is a time-based design like a commercial or movie. A time-based designer will use the script and storyboard as a guide to follow in this final step.

However, storytelling isn't just for designing time-based works like TV or film; in fact, it can be used across all media types. The magazine ad below, for example, has an implied narrative for the viewer. 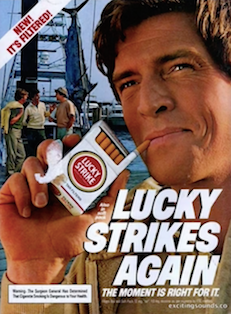 Clearly this is advertising the cigarettes, but look at the story the ad created. Three guys are going fishing, one man lights up a cigarette, and gets lucky by catching a swordfish. Now he and and his two friends are talking about it.

This throws us back to that old expression of a picture being worth a thousand words, and pictures having stories to tell. Still images can tell stories just as well as moving images. That's apparent in this example, and in the many types of media around you as well.

A writing format that is linked to time-based media such as film and television.

A collection of drawings or images that visualizes a story from a script.

summary
This lesson provided you with an overview of storytelling by focusing on the importance of narratives in weaving quantitative information into qualitative information. You then looked at storytelling in action and explored how to develop the story through the stages of writing the script, storyboarding, and production.

A synonym for story.

Information valued for its characteristics.

Information based on quantities or numbers (e.g. statistics).

A writing format that is linked to time-based media such as film and television.

A collection of drawings or images that visualizes a story from a script.