Describe different types of operating systems and their functionalities

(more)
See More
Tutorial
what's covered
In this lesson, you will learn how computer hardware and software work together to run your computer. You will consider how your knowledge of these elements can help you strengthen your results driven skill.

1a. Providing a User Interface

User interface refers to the things you see on the screen and interact with, such as icons, buttons, and menus. From the user’s point of view, the interface is the main difference between operating systems like Windows and macOS. 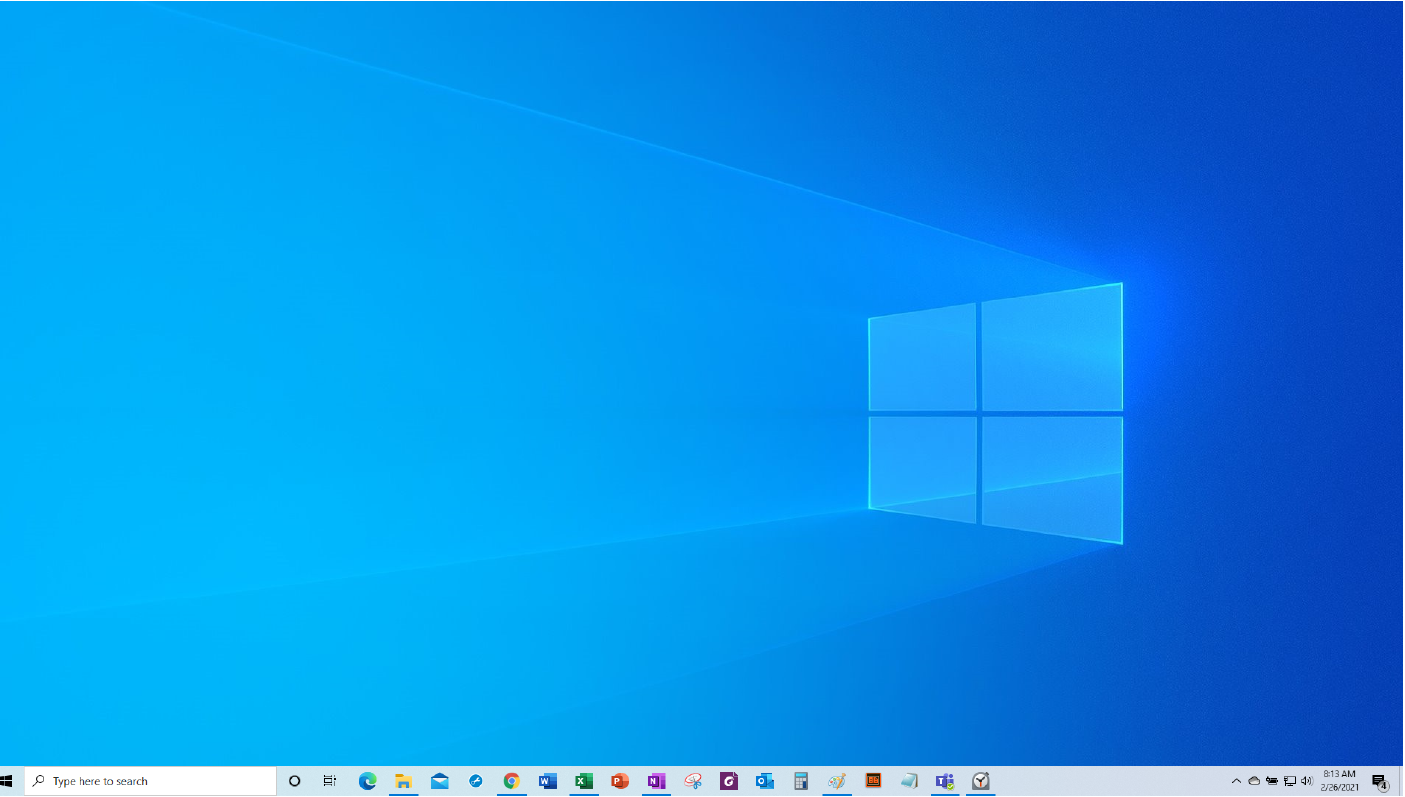 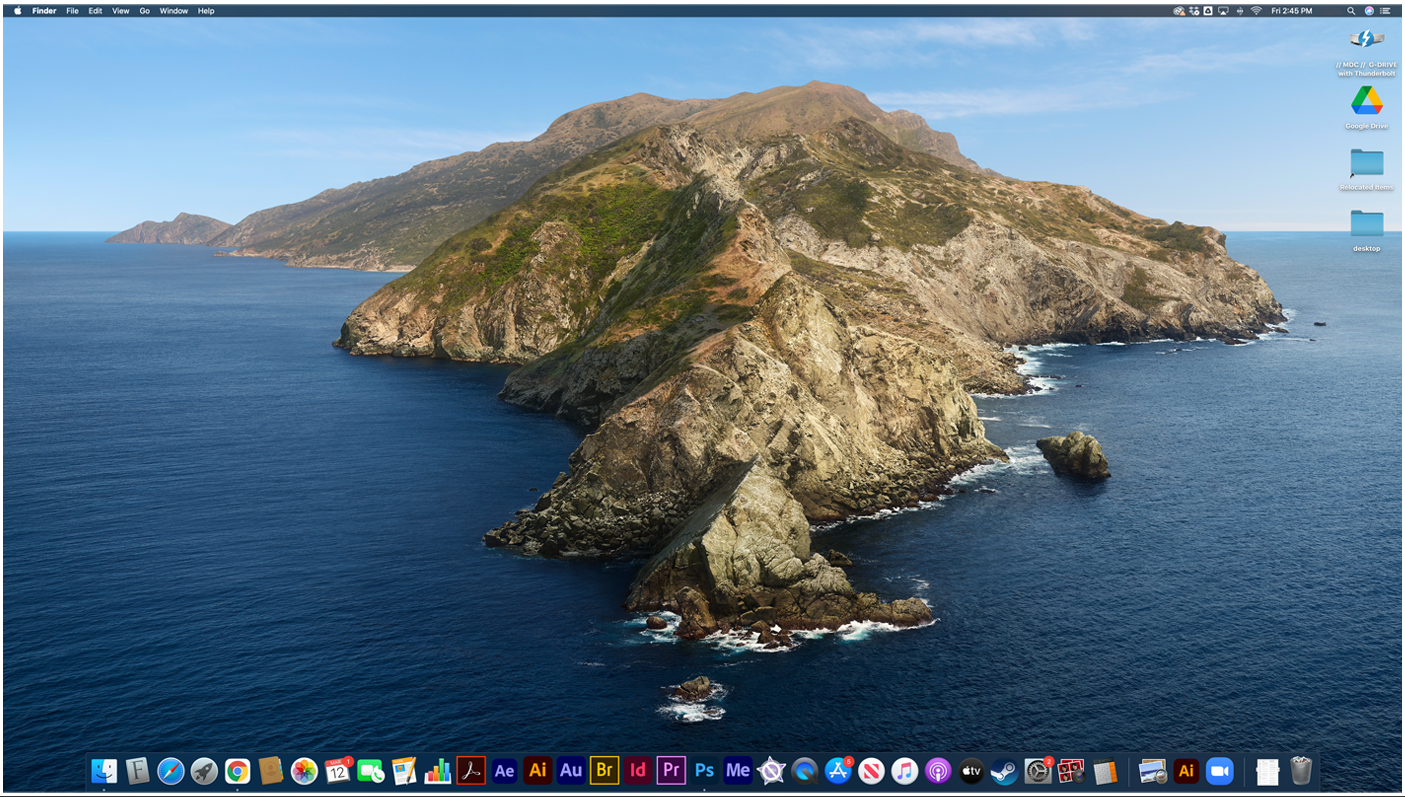 The things you see on the screen and interact with, such as icons, buttons, and menus.

The operating system allows multiple kinds of programs, or software applications that perform specific functions, to run at the same time. For instance, a user can listen to music on Spotify while looking up information on the internet.

The operating system gives each program (also known as an application), its own area of memory and makes sure that each one has the resources it needs to run properly.

The computer system that allows multiple kinds of programs, or software applications that perform specific functions, to run at the same time.

The operating system translates what a user wants to do (the input data) into information that the computer can understand. For example, if you want to create a website, you may enter text into a program, which then turns the text into code, which is readable by the computer. Most applications automatically translate information so that users do not have to use advanced technology skills, such as coding, to complete simple functions.

For example, if a user wants to copy and paste, they can hit Ctrl C + Ctrl V on a Windows device or Command C + Command V on a Mac, and the computer automatically translates this input information to carry out the function.

Operating systems are the gatekeepers of computing resources. They keep programs from accessing the memory of other programs without permission, which enables privacy of data. They also restrict access to files and programs, often by requiring passwords so that only authorized users can access data stored on the computer.

big idea
Moving between Windows and macOS is like moving between two cars: Things may be in different places, and there may be some unfamiliar switches in one or the other, but the basics will generally be the same.

Some people strongly prefer one operating system to another, but the main differences involve the interface—how the buttons and menus look, where controls are located, or how keyboard shortcuts work. Although operating systems may look different, they can be used to accomplish similar tasks.

As shown in the previous tutorial, the user interface of Windows 10 is organized to help users run software applications (generally noted by icons) and find files. The appearance can be customized by each user. This operating system is designed to work almost exactly the same way on a desktop, notebook, phone, or tablet. 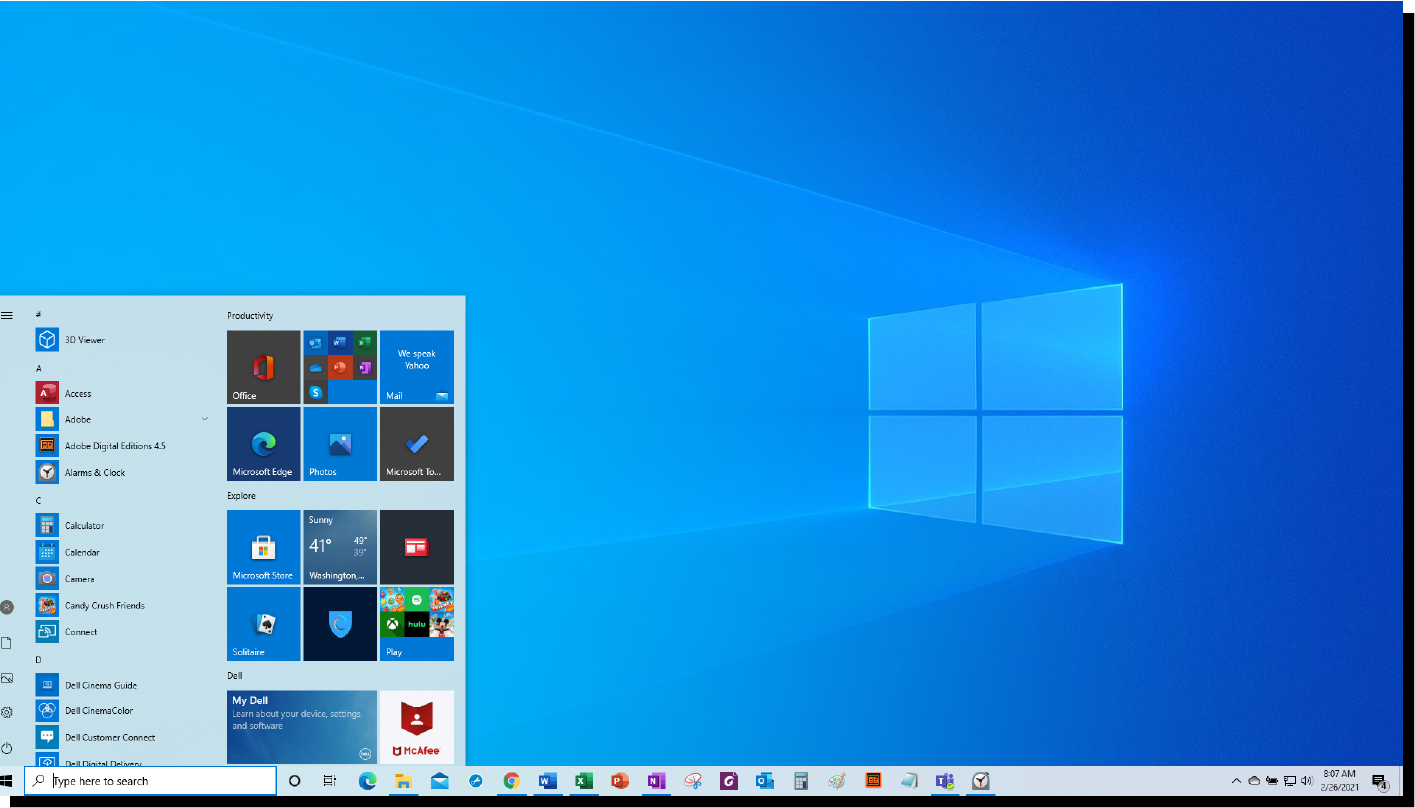 In Windows, applications can be launched from the Start menu on the Desktop or by using the Taskbar at the bottom of the window. The Taskbar also features File Explorer and a search bar where you can look for files saved to the hard drive. 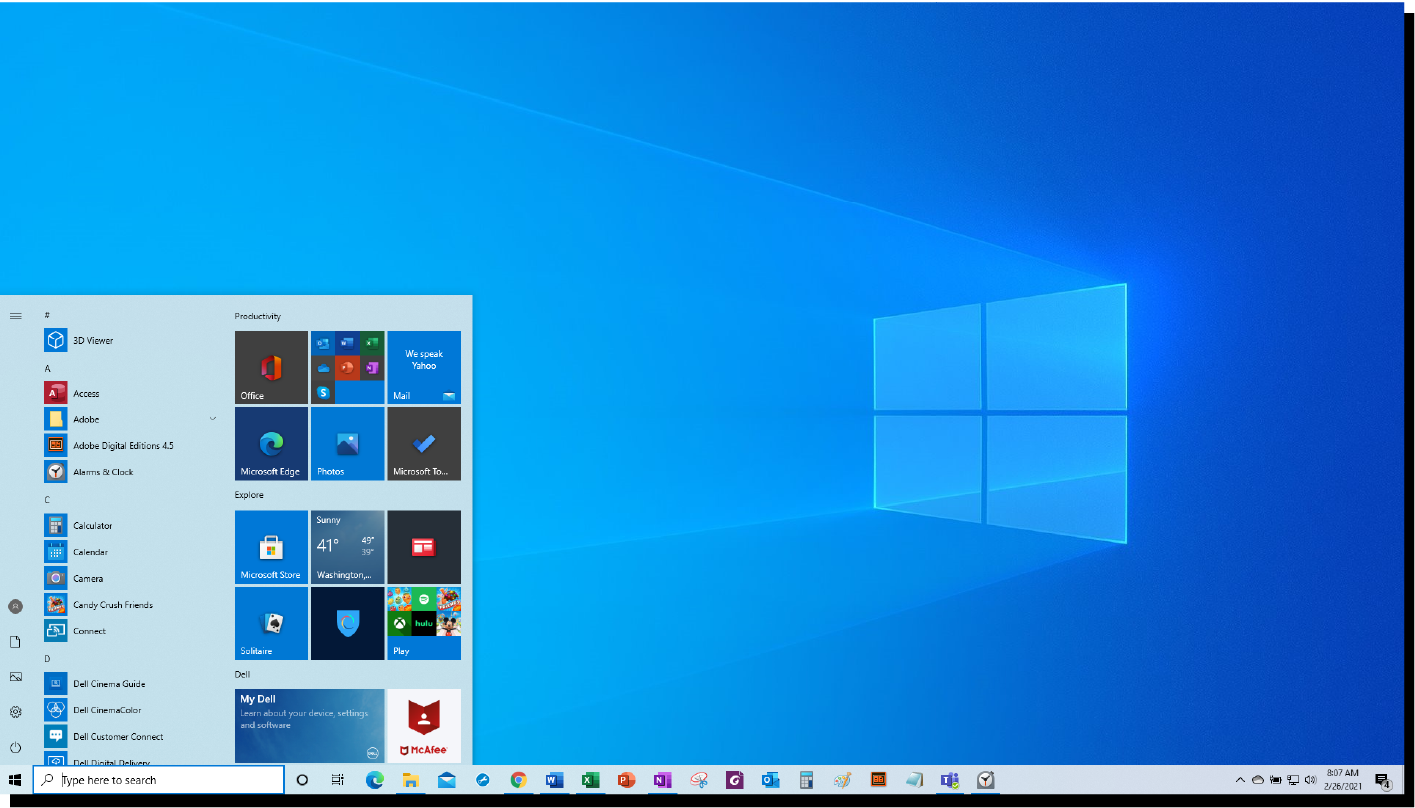 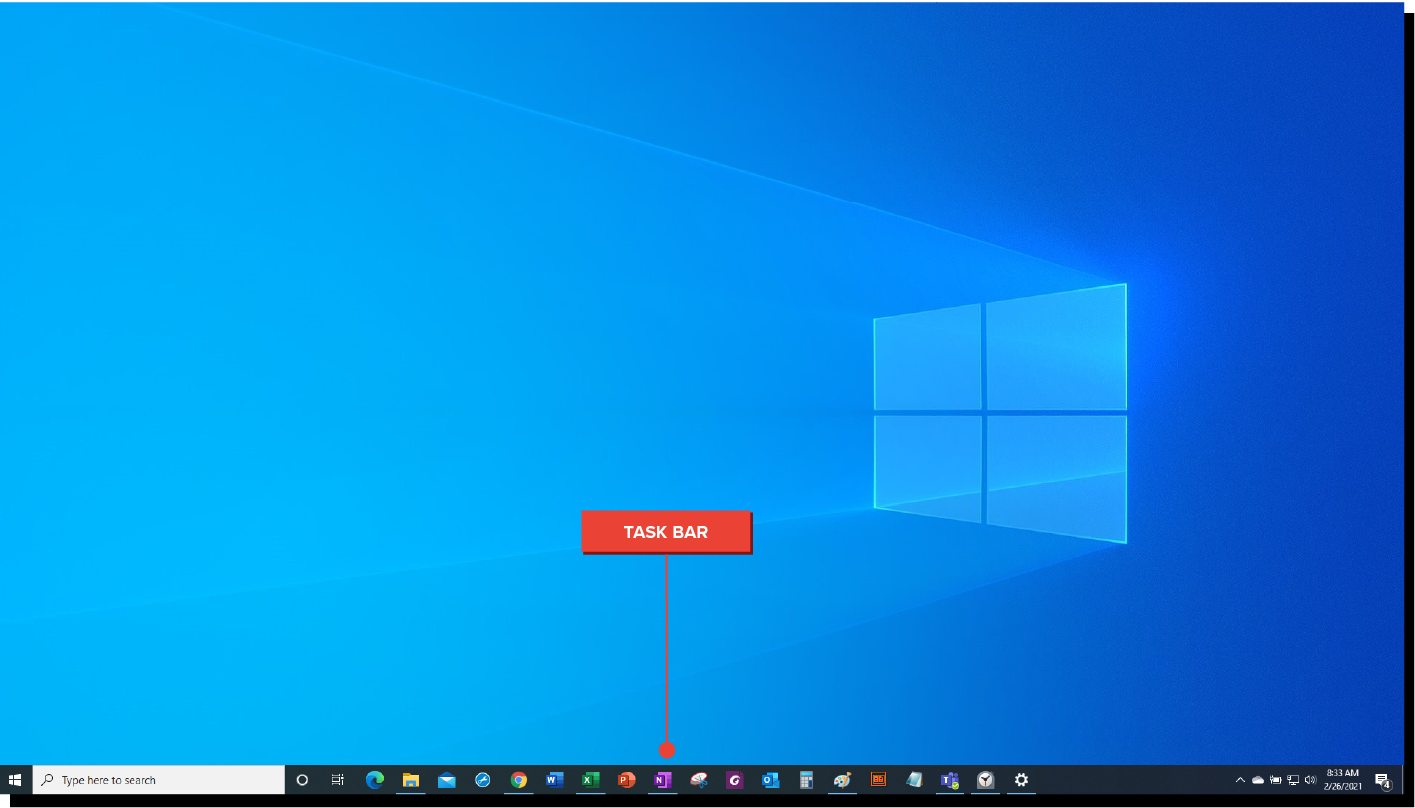 Apple’s macOS (previously known as OS X) is the operating system for Apple’s Mac computers and the second most common OS after Windows. The most recent versions are macOS High Sierra and macOS Mojave.

The basic interface for Mac was also covered in the previous tutorial. In this system, programs are launched from a Dock area on the bottom of the computer’s screen much like the Windows Taskbar. The Dock also features the operating system’s Finder application, where you can find saved files and applications. 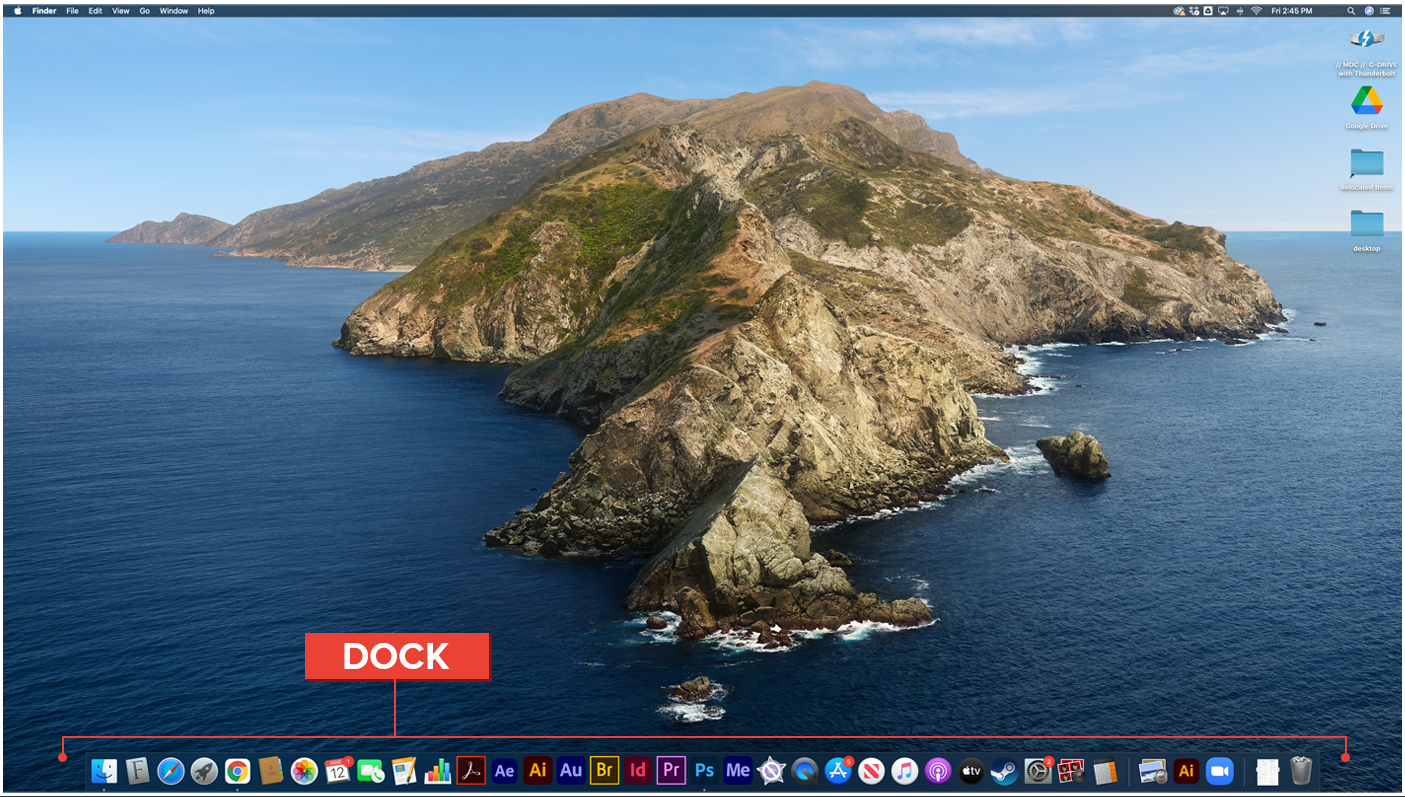 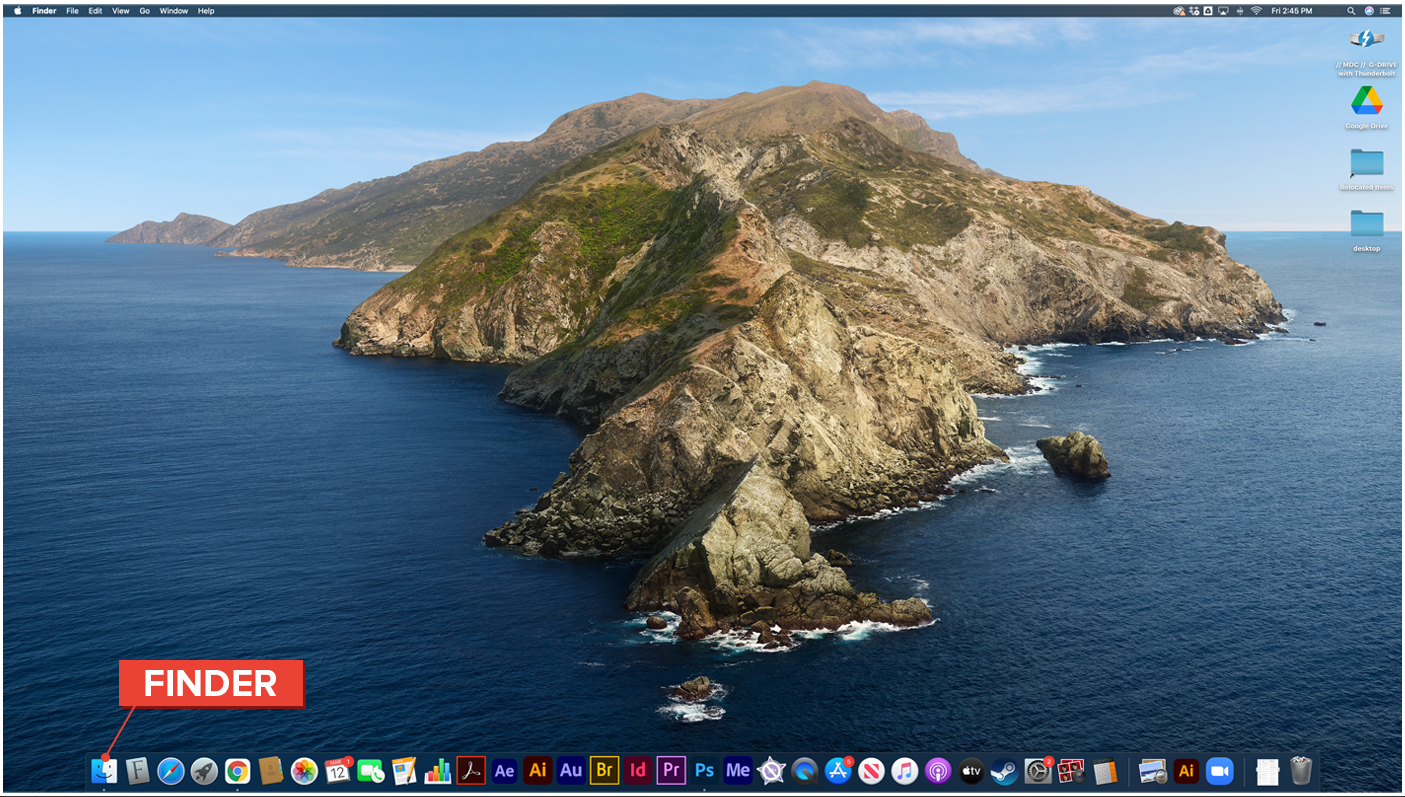 Rather than having a search bar in the Dock, Spotlight Search — the macOS search tool — can be launched by clicking the magnifying glass icon in the upper right corner of the Desktop. 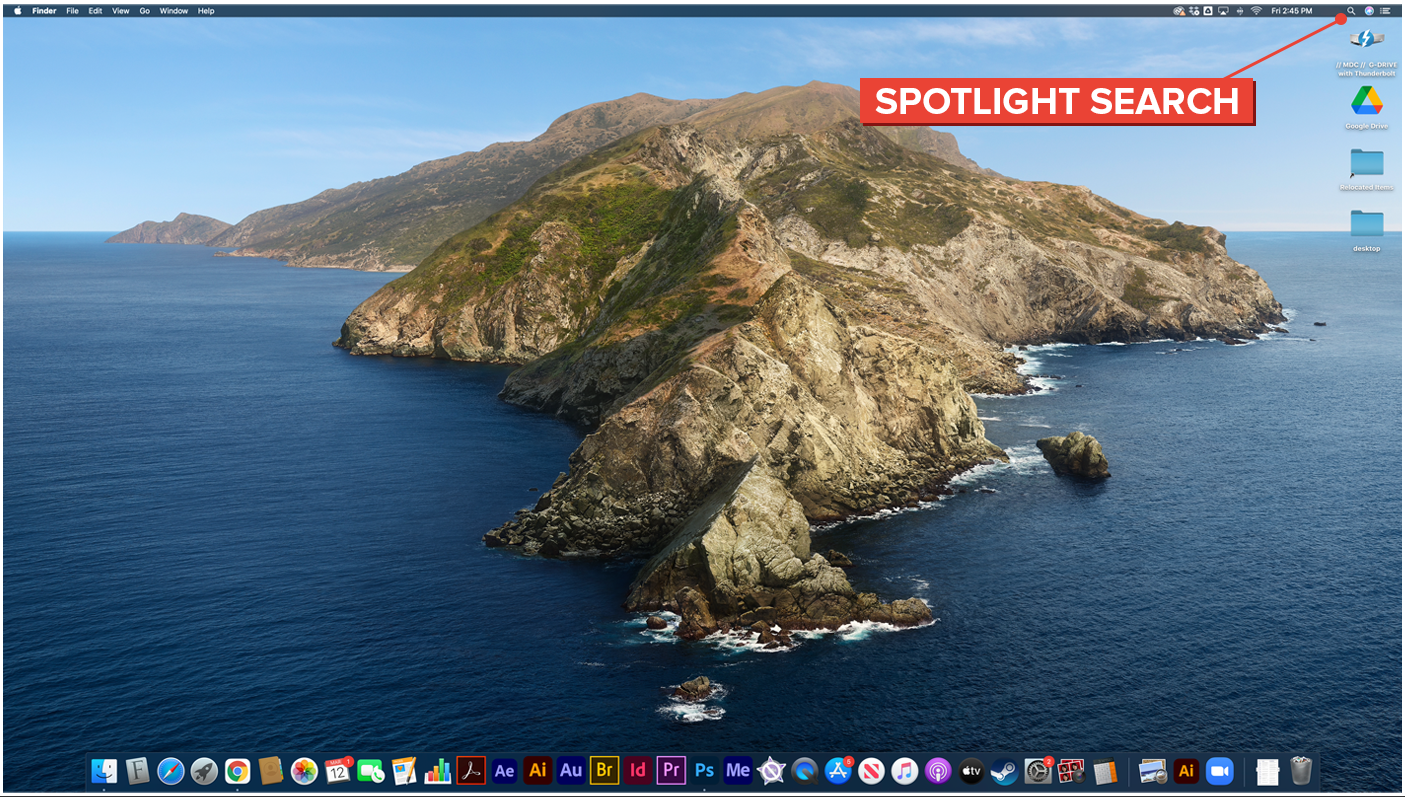 did you know
Many times, you can also determine whether you are running Windows or macOS without even turning on your computer: If the answer to any of those questions is yes, then you most likely have a computer that runs macOS.

Imagine that you have just started in your desired career for which you have been training and preparing.

Runs at one edge of the screen, almost always the bottom, and is used to access the Start menu and currently running programs.

summary
In this lesson, you learned how computer hardware and software work within your computer. You explored operating system functions and how they act as the middleman between user and computer. Operating systems provide a user interface, are responsible for running software programs, they facilitate communicating with users, and they play a role in maintaining security. You also reviewed two types of operating systems. Windows is run on PCs and Apple is run on Macs. You considered how understanding the difference between Windows and Mac operating systems can allow you to use your technology skills to identify and use either one to achieve your desired results.

Enjoy the next section of the course!
Terms to Know

The main screen of the computer.

The computer system that allows multiple kinds of programs, or software
applications that perform specific functions, to run at the same time.

Runs at one edge of the screen, almost always the bottom, and is used to access the Start menu and currently running programs.

The things you see on the screen and interact with, such as icons, buttons, and menus.

Helps to analyze, configure, optimize and maintain the computer.

A viewing area that graphically displays a program so that the user can interact with it.