The Cold War in America: Containment

Understand the consequences of containment policy in American politics

(more)
See More
Tutorial
what's covered
As a foreign policy based on containment of communism abroad was implemented, efforts to root out communist sympathizers — and to encourage conformity to "American values" — took place at home. Although the campaign to expose domestic communism was based on American anti-radical tradition, it reflected global instability during the post-war period.

This tutorial examines domestic containment and conformity initiatives during the Cold War in three parts:

The Haymarket Affair of 1886, and the federal government’s effort to root out radical foreigners during the Red Scare of 1919-20, are both part of the history of anti-radicalism in the United States.

The workers'-rights rally and subsequent riot in Chicago on May 4, 1886, in which several policemen were killed when a bomb was thrown during an otherwise peaceful event

Suspicion of radical labor ideas, and programs that threatened to impose federal control at the expense of individual liberty, persisted through the 1930s, as the U.S. struggled to overcome the Great Depression. In 1938, a conservative coalition in the House of Representatives formed the House Committee on Un-American Activities (HUAC).

Established to identify communist sympathizers in government, business, academia, and the media, and to investigate subversive activities

Although it was created, in part, to investigate suspected sympathizers of Nazi Germany and fascist Italy, the committee, led by Texas congressman Martin Dies, held a series of sensational public hearings to expose and investigate communist sympathizers in the labor movement and in New Deal programs. Dies and other committee members also sought to end Congressional funding of New Deal programs that were found to be too radical.

In 1939, Congress cut funding for the Federal Theater Project, which was affiliated with the Works Progress Administration (WPA), because it had hired labor activists and homosexuals.

By 1943, a combination of the booming wartime economy and Congressional conservatism eliminated all New Deal work-relief programs, including the WPA.

Congressional conservatism continued after World War II. Republicans and southern Democrats blocked President Truman’s efforts to enact an ambitious program of social legislation. His proposals included the establishment of a federal minimum wage, expansion of Social Security and public housing, and prohibition of child labor. Truman referred to his agenda as the Fair Deal — a nod to his predecessor’s New Deal.

Congress refused to go along with Truman's agenda, especially his proposal to implement a national health insurance program. Conservative congressmen opposed the program, along with industry groups including the American Medical Association, which spent $1.5 million to discredit it as “socialized medicine” that violated American principles of choice, free markets, and limited government.

Conservative politicians also appealed to voters' anti-radical views, alleging that their opponents (often Democrats) were communist sympathizers who supported policies that would weaken the United States. These accusations were known as “red-baiting”.

A young politician named Richard Nixon used “red-baiting” successfully when he first ran for Congress in 1946. During the campaign, Nixon accused the incumbent, a Democrat named Jerry Voorhis, of having been endorsed by groups with links to the Communist Party. Nixon won the election. 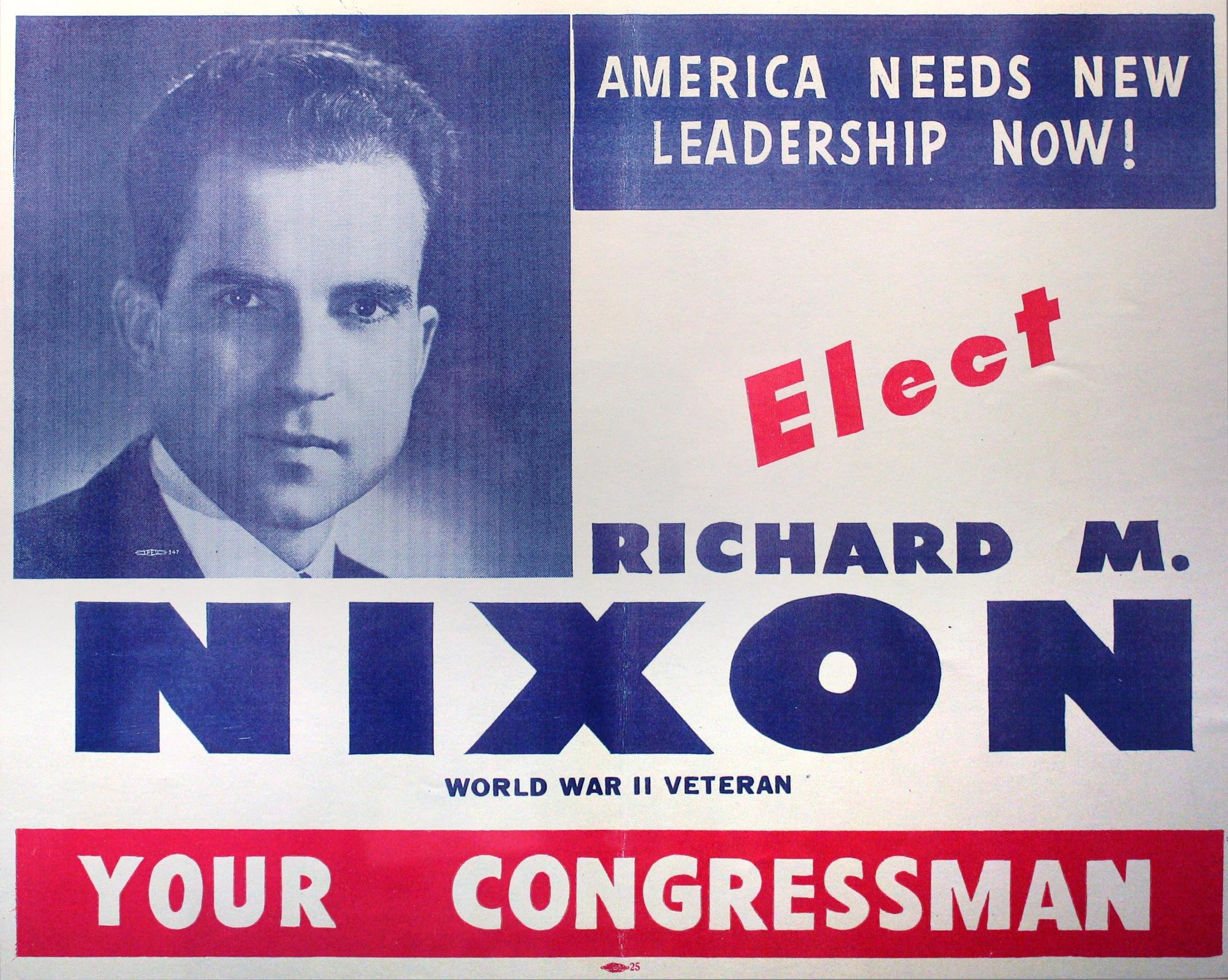 Once in office, anticommunist politicians used government power to protect American interests from communist subversion abroad, and to root out suspected communists at home.

To avoid losing political credibility, President Truman subjected over five million federal workers to screening. Agents reviewed employees’ activities and cross-checked their political participation with lists of subversive organizations. 2,700 federal workers were fired, and another 12,000 resigned. The rest were warned to avoid individuals, organizations, and activities that might "get them into trouble" (i.e., cost them their jobs).

Although President Truman held some liberal views and supported the free expression of ideas, the demands of the Cold War, fears of communist subversion at home, and accusations against his administration led him to oppose communism and other forms of radicalism. He was not the only President to do so during the Cold War.}}

During the early 1950s, concern that communists had infiltrated the U.S. escalated into a Second Red Scare.

Period following World War II during which radical dissent was restricted, and radicals were discriminated against

The traditional suspicion of radicalism in American politics was awakened by two incidents in 1949 that shook American confidence in the nation's ability to contain communism abroad:

did you know
President Truman refused to recognize the Chinese communist government. Instead, he recognized Chiang Kai-shek's rival government on the island of Taiwan as the legitimate government of China. The Truman administration convinced the United Nations to prevent the Peoples Republic from taking a seat on the Security Council. The seat went to Taiwan instead.

Immediately, suspicions arose that spies had passed bomb-making secrets to the Soviets. It was also suspected that communist sympathizers in the State Department had hidden information that might have prevented the Communist victory in China. Anxiety increased when, in 1950, Klaus Fuchs, a German-born physicist who had worked on the Manhattan Project, confessed that he had given nuclear secrets to the Soviets, and was imprisoned in Great Britain. Information that Fuchs provided to the British implicated a number of American citizens.

The most controversial trial of American spies involved Julius and Ethel Rosenberg. In 1951, they were convicted of conspiracy for passing atomic secrets to the Soviets. In June of 1953, they were executed. 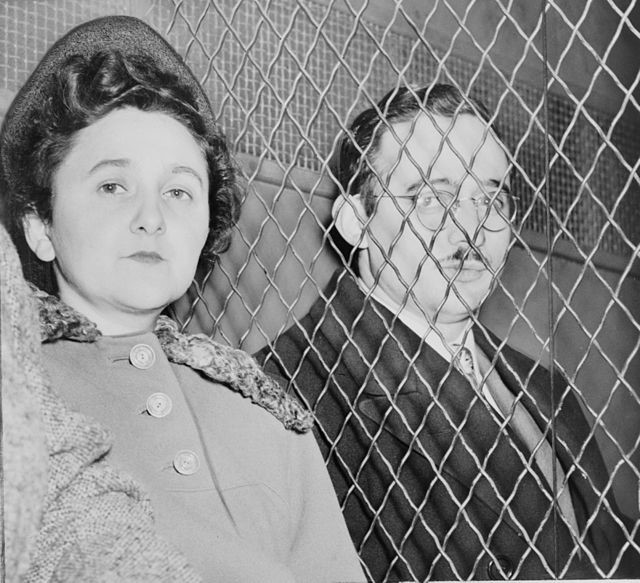 During this period of fear and hysteria regarding domestic communism, a relatively-unknown senator from Wisconsin, Joseph R. McCarthy, grabbed headlines with accusations that communists had infiltrated the State Department and government agencies.

During a speech at Wheeling, West Virginia, in February of 1950, McCarthy declared that he knew the names of 205 communists who worked in the State Department. 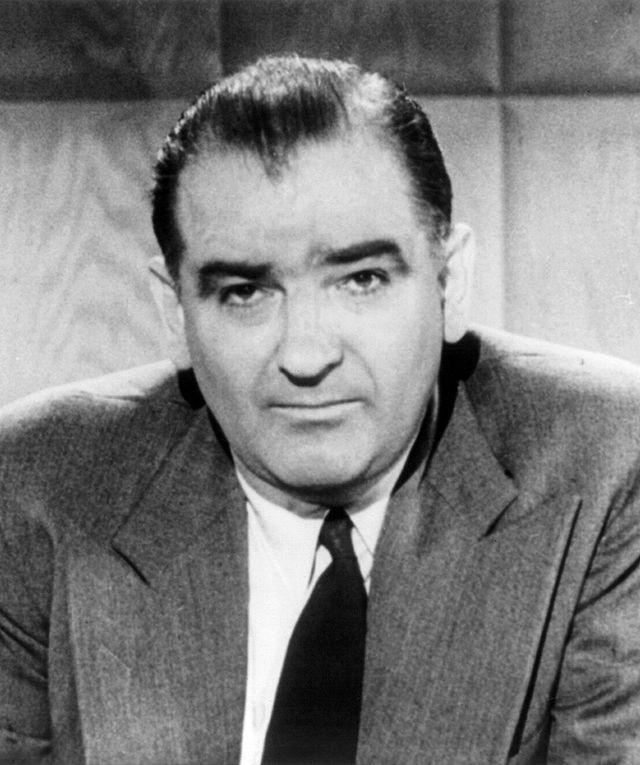 McCarthy went on to chair a Senate subcommittee that investigated individuals and agencies suspected of having ties to the Soviet Union. The targets of these investigations included the Voice of America radio station, which broadcast news and pro-U.S. propaganda to foreign countries, and the State Department’s overseas libraries. Despite McCarthy's claims, the subcommittee never uncovered anyone who had been disloyal to the United States.

McCarthy’s downfall came in 1954, when he accused the U.S. Army of harboring communists. The subsequent Army-McCarthy hearings, which were televised to a national audience, revealed his bullying tactics and tendency to make unfounded accusations. Shortly after the hearings, the Senate voted to “censure”, or formally disapprove of, McCarthy’s methods. He died in 1957. 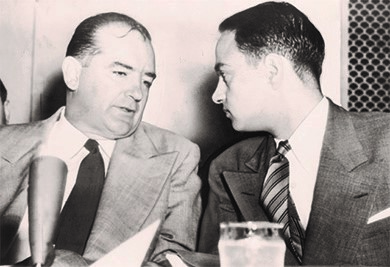 McCarthy’s investigations and accusations — though outrageous and baseless — earned a label that was also applied to the Second Red Scare and its anticommunist warriors: McCarthyism.

A refusal to accept views and lifestyles that challenged tradition was behind the efforts to root out domestic communism. It was also behind the investigations of gay men and lesbians employed by the government that took place during the Second Red Scare. Many anti-communists, including McCarthy, believed that gay men (referred to by Senator Everett Dirksen as “lavender lads”) were morally weak and, therefore, likely to betray their country. Some of them also believed that lesbians and gay men were especially susceptible to blackmail by Soviet agents, because of their sexual orientation.

did you know
The American Psychiatric Association considered homosexuality to be a mental illness until 1973.

Senator McCarthy and other members of HUAC were also interested in investigating Hollywood. They feared that filmmakers and actors would use motion pictures to promote communism and other radical ideas.

In 1947, HUAC launched a highly-publicized investigation into Hollywood, and subpoenaed a number of people to testify before the committee. Some actors who testified, most notably Gary Cooper and Ronald Reagan, reinforced the committee's suspicion that Hollywood was full of communists and other leftists.

During the hearings, ten “unfriendly witnesses” refused to testify, or to identify communists in the film industry. Film executives declared that the “Hollywood Ten” would no longer find employment in the industry until they had sworn that they were not communists. 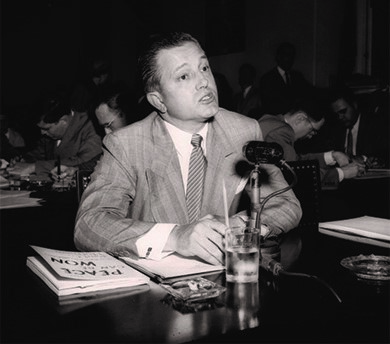 Witnesses who refused to testify before HUAC, or invoked their rights according to the Fifth Amendment, or were suspected of having pro-communist views, often lost their jobs or found themselves on a blacklist that prevented them from securing employment.

A list of people suspected of having communist sympathies, who were denied work as a result

More than 300 actors, screenwriters, directors, musicians, and other entertainment professionals were placed on industry blacklists. Some never worked in Hollywood again; others directed films or wrote screenplays under assumed names.

Debates over loyalty and conformity during the Second Red Scare were often depicted on movie and television screens. Television, which was first developed during the late 1920s, remained unavailable to most Americans through the end of World War II. It exploded in popularity during the postwar era. 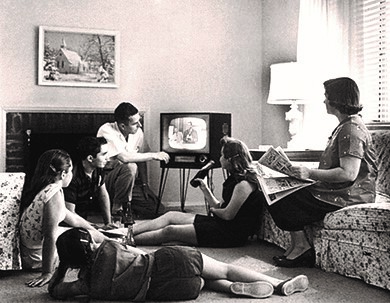 On the big screen, science fiction/horror films like Invasion of the Body Snatchers (1956), about a small town whose inhabitants fall prey to space aliens, played on audience fears of communist infiltration and nuclear weapons. 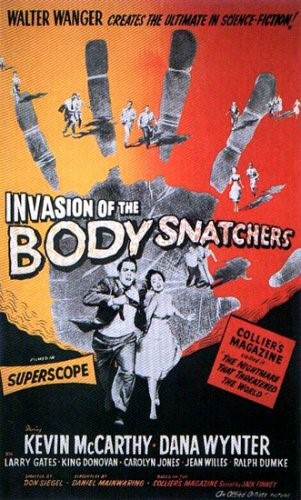 Western films (e.g., High Noon, which starred Gary Cooper as a sheriff protecting his town against a gang of outlaws) were also popular because they stressed unity in the face of danger, and celebrated the American ability to survive in hostile environments. 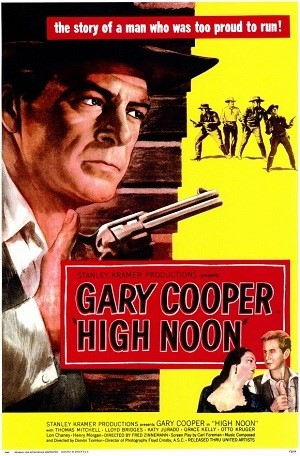 Television programs, broadcast over a few major networks during the 1950s, portrayed an idealized American culture. Police dramas and tales of espionage, like I Led Three Lives — a fictional account of a member of a communist organization who is also an FBI informant — were popular. A number of comedies and other programs presented sanitized versions of family life. 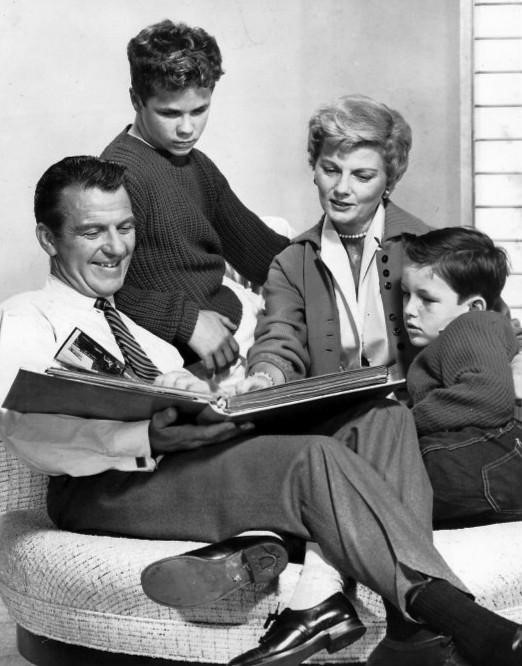 Shows like Leave it to Beaver and Father Knows Best depicted happy housewives and mothers, wise fathers (who earned the family income), and mischievous (but not rebellious) children who often got into trouble — and learned valuable lessons as a result.

Many of the films and television shows of the era reinforced the importance of self-reliance, the traditional family, and individual responsibility. Amidst the threats of the Cold War world, these values came to be defined as “American”, in opposition to communist collectivism, radicalism, and sexual deviance. Fear of communist subversion and nuclear destruction heightened the importance of American values in Cold War America.

summary
During the early 1950s, many Americans believed that containment of communism abroad required conformity at home. The development of atomic weapons by the Soviet Union, and the establishment of communist rule in China, fueled anxiety regarding communism. Loyalty boards and congressional hearings rooted out Soviet sympathizers in the federal government and other sectors of American society. Popular television shows and films reinforced the values of patriotism and conformity.

the rally and subsequent riot in which several policemen were killed when a bomb was thrown at a peaceful workers rights rally in Chicago on May 4, 1886.

established to root out suspected communist sympathizers in government, business, academia, and the media.

period following World War I in which Americans restricted and discriminated against any form of radical dissent.

period following World War II in which Americans restricted and discriminated against any form of radical dissent.

a public work relief program that provided jobs for over eight million Americans between 1935 and 1943.

a list of people suspected of having Communist sympathies who were denied work as a result.

the act of accusing an opponent of suspected or known communist sympathies.

democratic U.S president who took office after Franklin Roosevelt’s death in 1945 and remained in office until 1953; navigated the decision to drop the atomic bomb on Japan and the first years of the Cold War between the U.S. and the Soviet Union.

senator from Wisconsin issued accusations that communists had infiltrated the State Department and other government agencies and whose name came to stand for anti-communist hysteria during the Second Red Scare.

American couple executed in 1953 after being convicted of sharing atomic secrets with the Soviet Union; historical evidence suggests that Julius was guilty but that Ethel was innocent of any wrongdoing.

Chinese Communist Party leader who defeated the nationalist government led by Chiang Kai-shek in 1949 and subsequently established the People’s Republic of China.