The End of the War

Recognize the circumstances that led to and resulted from the end of the Civil War.

(more)
See More
Tutorial
what's covered
Following the turning points at Vicksburg and Gettysburg, nearly two more bloody years passed before the Civil War ended. Nevertheless, by the summer of 1863, the Union had effectively mobilized its government, citizens, and resources for the ongoing struggle.

The motivations behind the Union war effort changed in 1863, with the issuance of the Emancipation Proclamation. Now the Union could be restored only if military victory was accompanied by the end of slavery.

This tutorial examines the end of the Civil War in three parts:

When the Civil War began, President Lincoln approached the issue of slavery cautiously, for two reasons:

Lincoln’s only objective during the war’s first years was to restore the Union. Much to the frustration of abolitionists, he took a middle-of-the-road stance on slavery. This stance is evident in a letter from Lincoln to newspaper editor Horace Greeley on August 22, 1862. A selection from this letter is provided below:

It was the actions of slaves themselves that forced Lincoln’s hand on the issue of emancipation.

When the Civil War began, thousands of slaves — men, women, and children — fled to the safety of Union lines. In May 1861, Union General Benjamin Butler and other military officers labeled these refugees as contrabands.

Runaway slaves who escaped to the Union army’s lines.

Butler and other officers argued that the Union army was not obliged to return runaway slaves to their owners because the South had seceded from the Union, which meant that contrabands were no longer subject to fugitive slave laws. The Union army set up camps to house contrabands and, in some cases, established schools to educate slave children. Their intent was not only to assist runaway slaves, but to also deprive the Confederacy of valuable labor.

Congress, which was dominated by the Republican Party because many southern congressmen (mostly Democrats) left to join the Confederacy, began to define the status of runaway slaves, and to address the issue of slavery in the U.S., by the fall of 1861.

With the war having dragged on into the fall of 1862, and with abolitionists and Republicans in Congress demanding an end to slavery, Lincoln presented an ultimatum to the Confederacy on September 22, 1862, shortly after the Battle of Antietam. The ultimatum gave the Confederate states until January 1, 1863, to rejoin the Union. If they did, slavery would continue in the South. If they did not, Lincoln would abolish it.

Confederate states took no action in response to Lincoln’s ultimatum. On January 1, 1863, he signed the Emancipation Proclamation, which stated the following:

“That on the first day of January, in the year of our Lord one thousand eight hundred and sixty-three, all persons held as slaves within any State or designated part of a State, the people whereof shall then be in rebellion against the United States, shall be then, thenceforward, and forever free.”

Signed by Abraham Lincoln on January 1, 1863; declared slaves who currently lived in the Confederacy “thenceforward, and forever free.”

Lincoln relied on his executive power — his authority as commander-in-chief of the armed forces — to ensure the proclamation’s eventual enforcement. By applying it only to territories that remained under the control of the Confederacy, slaveholders and state governments within the southern nation could not challenge the proclamation in federal court.

Although the liberation of nearly three million African-American slaves would have to await Union victories in the Confederacy, the Emancipation Proclamation dramatically shifted the goal of Union war efforts. Restoration of the Union and the abolition of slavery became intertwined.

Following the victories at Vicksburg and Gettysburg in July of 1863, the Union brought the war into the Deep South. In doing so, it increasingly engaged in total war.

A state of war in which the government makes no distinction between military and civilian targets, and mobilizes all resources, extending its reach into all areas of citizens’ lives.

General Ulysses S. Grant, who designed and executed the successful Vicksburg campaign, took command of all Union military operations. In 1864, he focused his attention on destroying the Confederate forces commanded by Robert E. Lee in Virginia. During his Virginia campaign in the spring and summer of 1864, Grant pushed the Army of the Potomac forward relentlessly, exploiting his army’s numerical advantage, despite huge losses.

When Grant’s campaign began, the Army of the Potomac numbered approximately 115,000 men. After six weeks of fighting, the army experienced approximately 60,000 casualties.

Despite able defensive efforts by Robert E. Lee, Grant was able to exploit his numerical advantage. During June of 1864, Grant besieged Lee’s army at Petersburg, Virginia, an important rail hub located less than thirty miles from the Confederate capitol of Richmond. Both armies dug in, creating miles of trenches and gun emplacements for a siege that would ultimately last nine months.

While Grant focused his attention on Lee, Union forces under the command of General William Tecumseh Sherman launched an invasion of the Deep South from Tennessee. Although confronted at every turn by Confederate forces, Sherman captured Atlanta, Georgia, on September 2, 1864.

Sherman’s army then cut a swath of destruction across Georgia to the coastal city of Savannah. This March to the Sea inflicted the harsh realities of total war on the Confederacy.

March to the Sea

Sherman’s army destroyed everything in its path, and demoralized southerners in the process. His soldiers burned houses and barns, confiscated food and livestock, and laid waste to anything that might assist the Confederacy.

Savannah fell to Sherman’s forces on December 21, 1864. In January of 1865, his army invaded South Carolina — the first state to secede from the Union — and captured the major cities of Charleston and Columbia. He then prepared to move northward to join Grant and destroy Lee’s army.

By the spring of 1865, it was clear to both sides that the Confederacy could not last much longer. Most of its major cities, ports, and industrial centers — Atlanta, Savannah, Charleston, Columbia, Mobile, New Orleans, and Memphis — had been captured by Union forces.

On April 2, Grant’s army broke through Lee’s lines at Petersburg, forcing the Confederate army to withdraw and leave Richmond defenseless. Union forces marched into the capitol of the Confederacy the next day. Grant, meanwhile, pursued Lee’s remaining forces (which numbered fewer than 35,000, compared to Grant’s 100,000). On April 9th, Lee surrendered to Grant in the small village of Appomattox Court House, approximately ninety miles west of Richmond. 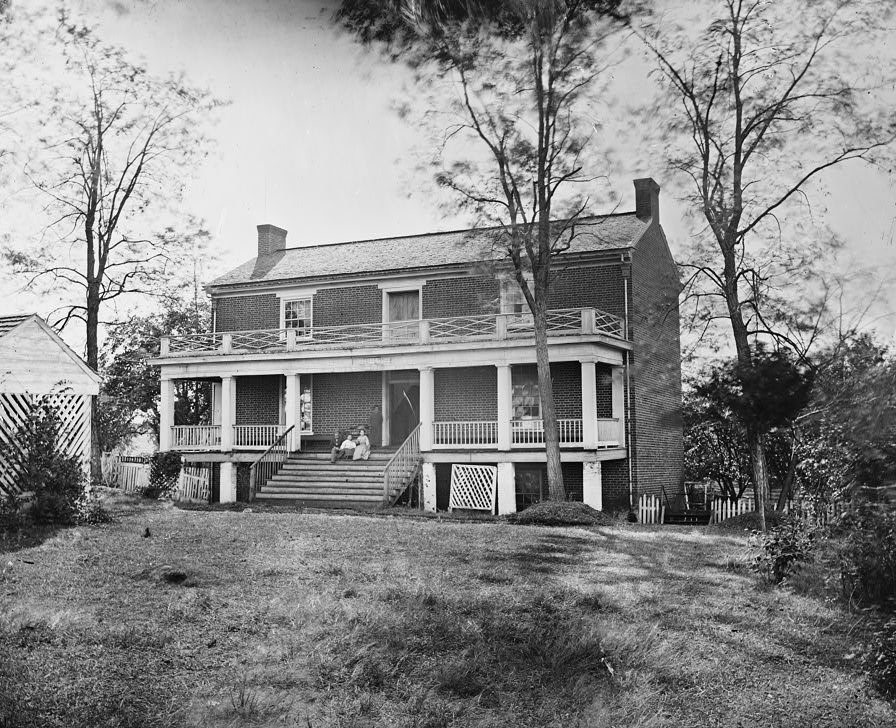 The only significant Confederate fighting force that remained, commanded by Joseph E. Johnston, surrendered to General Sherman’s army in North Carolina on April 19, 1865.

Current estimates place the death toll of the Civil War at around 750,000 men (Union and Confederate). Countless others were wounded.

did you know
Ten percent of all northern males 20 - 45 years old, and 30 percent of all southern white males aged 18 - 40 years, were killed during the Civil War.

In addition to the high death toll, the Civil War destroyed millions of dollars’ worth of property. Many towns and cities in the South were laid to waste.

With the Civil War finally over, President Lincoln began to implement his plans for Reconstruction.

The period following the Civil War in which the Southern states were reintegrated into the Union.

In early December of 1863, Lincoln unveiled the ten percent plan, which outlined the process by which Confederate states could return to the Union. It included the following:

Lincoln’s Reconstruction plan, which required only 10 percent of the 1860 voters in the Confederate states to take an oath of allegiance to the United States.

Lincoln’s plan was lenient. 90 percent of state’s 1860 voting population did not have to swear allegiance to the Union, or accept emancipation. Furthermore, it provided no way for former slaves to participate in government. Lincoln hoped that his plan would lead to the relatively quick reincorporation of southern states into the Union.

Lincoln’s plan drew criticism from some Republicans, mostly northerners, who did not want to treat the South so moderately, and who wanted additional protection for emancipated slaves. This faction, known as Radical Republicans, wanted to impose harsh terms on the Confederacy for starting the Civil War. They also wanted to ensure that the federal government included plans to protect former slaves.

Northern Republicans who proposed harsher punishments for Confederate states and sought to protect the rights of former slaves.

Opposed Lincoln’s ten percent plan by requiring a majority of voters in a Confederate state to swear loyalty to the Union.

In addition to requiring a majority of voters in a southern state to swear loyalty to the Union, the Wade-Davis Bill guaranteed African Americans equality before the law (but not the right to vote).

did you know
The oath stipulated by the Wade-Davis Bill was known as the “Ironclad Oath”. It required individuals to swear that they had never supported the Confederacy or made war against the United States.

Congress passed the Wade-Davis bill, but Lincoln refused to sign it. (This is known as a "pocket veto", a term that indicates that no action was taken while Congress was adjourned.) Lincoln believed that no one in the South would meet the criteria outlined in the Wade-Davis Bill, which would delay Reconstruction. That Congress had supported the bill, however, showed that the Republican Party was divided regarding Reconstruction.

Realizing that the Emancipation Proclamation left the legal status of former slaves unresolved, Congress passed a constitutional amendment abolishing slavery in January of 1865. The amendment swiftly gained the support necessary from the states and, in December of 1865 the Thirteenth Amendment was ratified.

Abolished slavery in the United States. 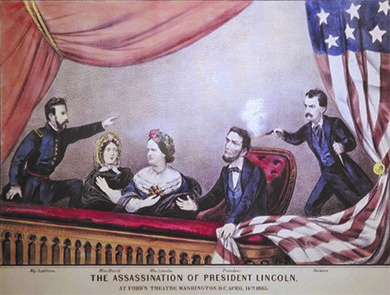 Lincoln died the next day. The responsibilities of Reconstruction passed to his Vice President (the new President), Andrew Johnson.

summary
Following the victories at Vicksburg and Gettysburg, the Union implemented a strategy of total war against the Confederacy. This resulted in the occupation and destruction of key Confederate cities — and the deaths of thousands of Union and Confederate soldiers — before the Confederacy surrendered in 1865. While the war continued, Lincoln looked ahead to Reconstruction. His Emancipation Proclamation, along with the Thirteenth Amendment, transformed the Civil War from one fought to restore the Union, into a fight to end slavery. Early political battles over policy indicated that important divisions would be involved in Reconstruction.

Runaway slaves who escaped to the Union army’s lines

Signed by Abraham Lincoln on January 1, 1863; declared slaves who currently lived in the Confederacy “thenceforward, and forever free”

March to the Sea

Lincoln’s Reconstruction plan, which required only 10 percent of the 1860 voters in Confederate states to take an oath of allegiance to the Union

Abolished slavery in the United States

A state of war in which the government makes no distinction between military and civilian targets, and mobilizes all resources, extending its reach into all areas of citizens’ lives

Democrat from Tennessee and Lincoln’s vice president after the election of 1864; Johnson became president after Lincoln’s death and oversaw the first years of Reconstruction, during which time he battled with Republicans in Congress.

Union general whose invasion of the Deep South in 1864 cut a swath of destruction from Tennessee to Georgia and South Carolina.

Union officers declare runaway slaves "contraband of war"; The Confiscation Act of 1861 empowers the Union to seize property, including slaves, used by the Confederacy.

Slavery is abolished in Washington, D.C.; The Second Confiscation Act extends freedom to runaway slaves as well as to those who lived in Union-occupied territory; Abraham Lincoln presents an ultimatum to the Confederacy to rejoin the Union.

The Wade-Davis bill introduced; Ulysses S. Grant's Virginia campaign drove the Union to destroy Confederate forces; General William Tecumseh captures Atlanta then heads to Savannah in what is known as Sherman's March to the Sea.