Or
Close Popup
+
2 Tutorials that teach The Romans and the Etruscans
Take your pick:
Previous Next

The Romans and the Etruscans

Tutorial
what's covered
The Etruscans had many artistic and architectural influences on the Romans, who eventually conquered the Etruscan civilization. In this lesson, you will learn about:

big idea
The Etruscans were a civilization that predated the Roman civilization, and influenced the art and architecture of ancient Rome.

1. Period and Location: The Romans and the Etruscans

This timeline highlights the period covered in this lesson. Note the arrow that indicates when the Roman Republic was founded—around 509 BC.

The geographical location for this lesson is the Italian Peninsula near the city of Rome.

The map below shows the Italian peninsula. The blue oval indicates where the Etruscan civilization was centralized. 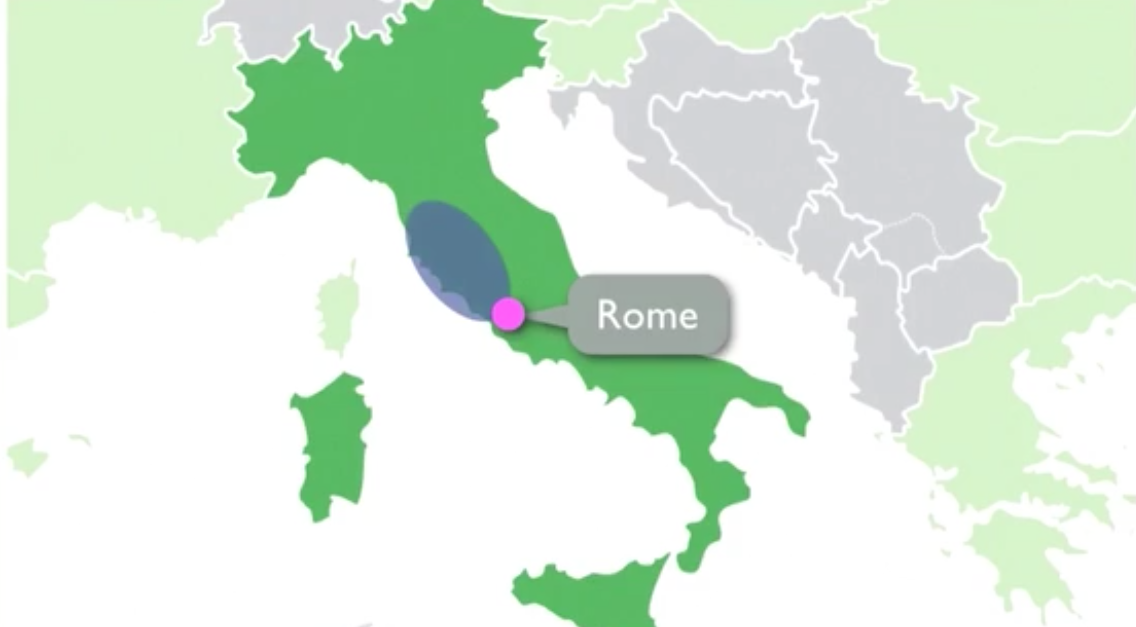 When studying art and architecture of the Romans and Etruscans, it is important to understand in detail some key vocabulary.

A rounded arch is a rather simple semicircle arch. A barrel vault is a rounded arch that is essentially stretched out to create a series of rounded arches one right after the other. This creates a tunnel effect. Voussoirs are the stones that make up the arch, and the keystone, which is the centerpiece, keeps the whole structure together.

Here is an example of the rounded arch:

In the above image, take note the voussoirs, which are the stones that make up the arch, and the keystone at the top of the arch. These are two important elements to the rounded arch.

A type of arch that consists of a semicircle

The stones that make up an arch

3. Etruscans and the Etruscan Arch

The rounded arch used by the Etruscans was subsequently adopted by the Romans. It became one of the defining characteristics of Roman architecture.

Etruscan temples were highly inspired by the architecture of the Greeks, particularly in their layout and the stylistic elements seen above. One of the key differences was in their use of building materials.

Below is an image of the reconstruction of an Etruscan temple.

did you know
No examples of Etruscan temples exist today. Why? Because in contrast to the Grecian use of stone, the Etruscans only used stone for the foundations of the temples and used a mixture of sticks, clay, and mud as their primary building materials.

The Etruscan religion, similar to that of the Greeks and Romans, was polytheistic with specific deities that accounted for many major natural phenomena, such as the sun deity.

Below is an image of Apulu, or Apollo as he’s more commonly known.

This above image is of the Sun God, and he demonstrates the Etruscan familiarity with Greek kouros. It’s a life-sized sculpture in terra-cotta, which is fired clay. It depicts similar stylistic elements to the archaic sculptures from Greece, such as the archaic smile.

However, what can’t be seen in this photo is the overall composition of the sculpture, in which he is shown moving forward. Archaic Greek sculptures, on the other hand, are known for their stiff characteristics, similar to the Egyptian stylistic conventions that we’ve seen before. A sense of movement has come to be associated with Etruscan artwork.

summary
The Etruscan civilization was eventually conquered by Rome, but even after their defeat, the Etruscans had many artistic and architectural influences on the Romans. In this lesson, you learned about the period and location of the Romans and Etruscans.

Finally, you learned about the Etruscan temples. While Etruscan temples were highly inspired by the architecture of the Greeks, they used materials that did not last over time. This is why there are no standing Etruscan temples today. Apollo of Veii was the final piece of artwork that you viewed in this lesson. While archaic Greek sculptures are known for their stiff characteristics, a sense of movement has come to be associated with Etruscan artwork.

A type of vault consisting of a rounded arch extended forward in space.

The stone that lies at the top of an arch and holds the entire arch together.

A type of arch that consists of a semicircle.

The stones that make up an arch.