Think About It: What Did the American Revolution Mean?

Given a quotation, recognize the ideals and inconsistencies that followed the Revolutionary War.

Tutorial
what's covered
The American Revolution and its most famous ideal — “all men are created equal” — meant different things to different people. Understanding of, and response to, this ideal varied by class, race, and gender.

Interpretations of “all men are created equal”, and the Enlightenment ideals upon which it was based, led to some of the most significant consequences of the Revolution. While “Founding Fathers”, including Thomas Jefferson and George Washington, debated the merits of taxation and representation or fought against the British for American independence, others used revolutionary principles to demand greater liberty for themselves and others like them.

This tutorial examines the meaning of the American Revolution, as interpreted by representatives of four groups: the “Founding Fathers”, white indentured servants, free blacks and slaves, and women.

The Founding Fathers (e.g., George Washington, John Adams, Thomas Jefferson, and others) associated individual liberty with property ownership. During the Revolution, the Founders debated what form a society and government that protected property and, therefore, individual liberty, should take.

In 1787, writer and editor Noah Webster produced one of the clearest articulations of the Founder’s vision for American society. Given the vast amount of available land in the United States and the diverse population of the new nation, Webster predicted that each individual would have an opportunity to acquire land and other property. He believed that a growing class of independent landholders would provide the foundation for a government based on the principle that all men are created equal. 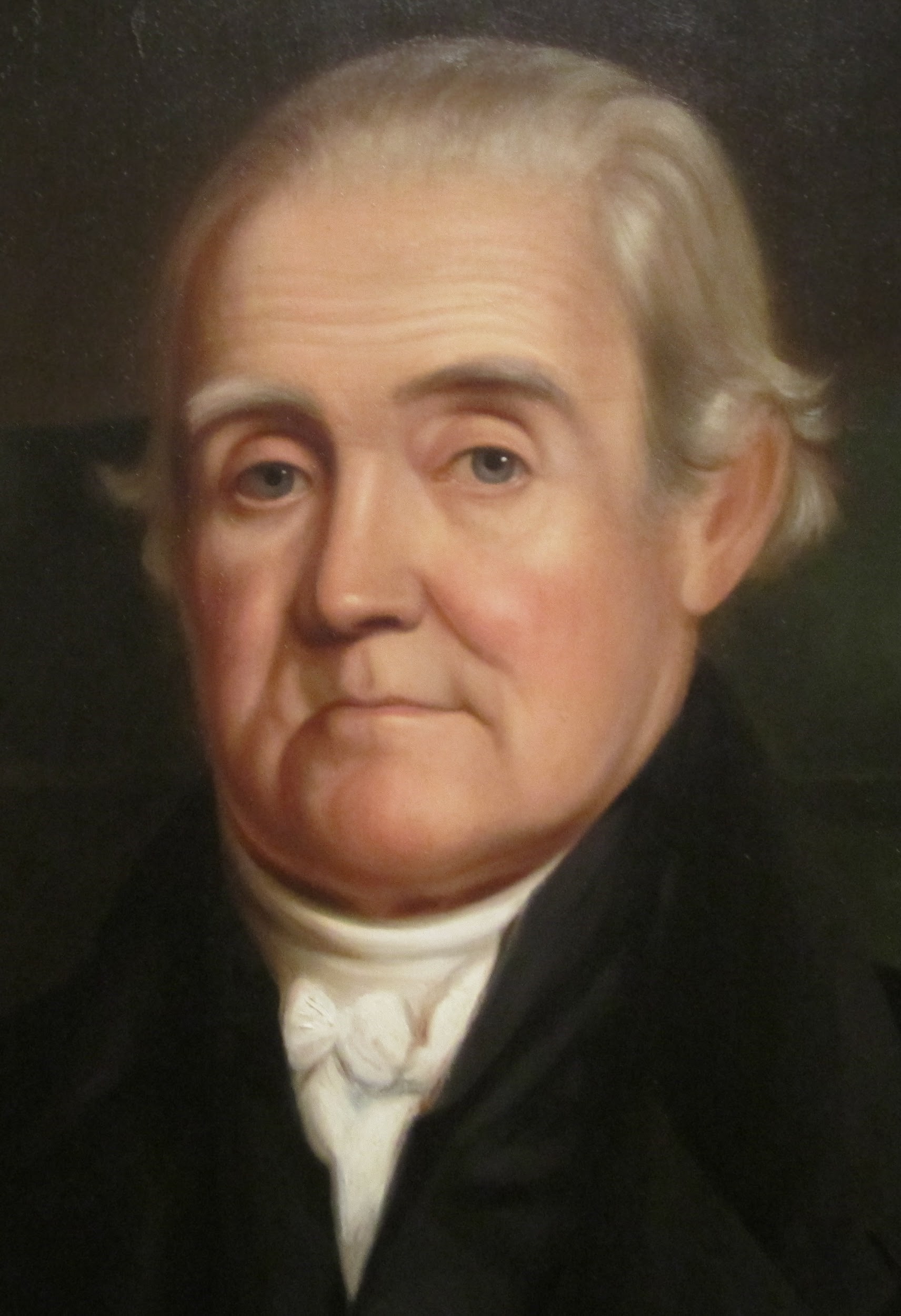 Webster wrote that “A general and tolerable equal distribution of landed property is the whole basis of national freedom.” He continued as follows:

“Virtue, patriotism, or love of country, never was and never will be, till mens’ natures are changed, a fixed, permanent principle and support of government. But in an agricultural country, a general possession of land in fee simple, may be rendered perpetual, and the inequalities introduced by commerce, are too fluctuating to endanger government. An equality of property, with a necessity of alienation, constantly operating to destroy combinations of powerful families, is the very soul of a republic--While this continues, the people will inevitably possess both power and freedom; when this is lost, power departs, liberty expires, and a commonwealth with inevitably assume some other form.”

think about it
According to Webster, what is “the very soul of a republic” and how can it be protected?

did you know
Noah Webster is best known for compiling An American Dictionary of the English Language, first published in 1828.

Webster and the Founding Fathers associated liberty with landholding and ownership of other forms of property. According to the statement above, Webster believed that government should promote equal opportunity to acquire land in order to prevent inequalities associated with trade or monopoly (i.e., too much land going into the hands of a few “powerful families,” for example).

The “people” to whom Webster and the Founders referred were those who owned land: white males. Webster and the Founders believed that If a sufficient number of white, male, independent landholders lived in the United States, liberty, equality, and virtue would thrive. They thought that these ideals could only be realized through ownership by this class of citizens; members of other social categories were incapable of these qualities and, therefore, could not fully participate in the republic.

The debate over liberty and equality, begun by the Founders, had revolutionary implications. Other Americans used these ideals to challenge inequality in American society. They included indentured servants, who provided a form of compulsory labor in the colonies until the American Revolution.

In 1784, a group of “respectable Citizens” opposed the arrival of indentured servants by ship in New York City, on the grounds that indentured servitude was not compatible with the Revolution's ideals regarding liberty. The group published the following notice in the New York Independent Journal:

“Whereas the traffic of White people, heretofore countenanced by [New York] while under the arbitrary control of the British Government, is contrary to the feelings of a number of respectable Citizens, and to the idea of liberty this country [the United States] has so happily established.

And whereas it is necessary to encourage emigration to this country, upon the most liberal plan, and for that purpose, a number of Citizens of this state, have proposed to liberate a cargo of Servants just arrived, by paying their passage, and repaying themselves by a small rateable deduction out of the wages of such Servants…"

think about it
Why does the notice highlight “the traffic of White people” as “contrary...to the idea of liberty”? Why do you think the group behind this notice referred to themselves as “respectable Citizens”?

Indentured servitude disappeared from the United States by 1800. Documents like the one above played a small role in the decline of the practice. Rather than support indentured servitude or racial slavery, some American revolutionaries proposed "free labor": equal opportunity to work for wages, or to earn a living through one’s own farm or shop.

Alongside "liberty", “slavery” was one of the most common words used by revolutionaries to describe the colonies’ relationship with Great Britain. According to Thomas Jefferson and others, by imposing taxes without colonial representation, Great Britain was attempting to establish “an absolute Tyranny over” the colonies — enslaving Americans in the process.

It would take the words and actions of African Americans — enslaved and free — to expose contradictions in the Founders’ view of liberty with respect to race. In a 1791 letter to Jefferson, Benjamin Banneker provided a clear statement of how many African Americans interpreted the Revolution.

Banneker was a free black man from Maryland, known for his scientific and mathematical ability. He was one of three men selected to survey the land that became Washington, D.C. He also published a popular almanac annually during the 1790s. 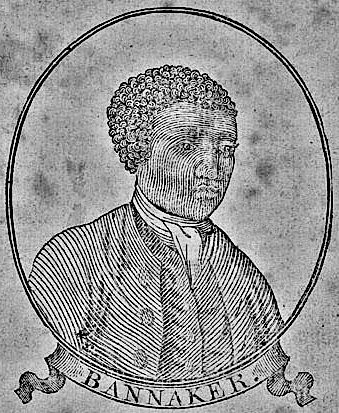 In 1791, shortly after Jefferson published Notes on the State of Virginia, which questioned the intellectual capabilities of black people, Banneker sent the then-Secretary of State a copy of his almanac and a letter. Banneker reminded Jefferson that he was one of the revolutionaries who claimed that Great Britain sought to “reduce” the colonies “to a State of Servitude.” He continued as follows:

“This Sir, was a time in which you clearly saw into the injustice of a State of Slavery, and in which you had just apprehensions of the horrors of its condition, it was now Sir, that your abhorrence thereof was so excited, that you publickly held forth this true and invaluable doctrine, which is worthy to be recorded and remember’d in all Succeeding ages. “We hold these truths to be Self evident, that all men are created equal, and that they are endowed by their creator with certain unalienable rights, that among these are life, liberty, and the pursuit of happyness.”

Here Sir, was a time in which your tender feelings for your selves had engaged you thus to declare, you were then impressed with proper ideas of the great valuation of liberty, and the free possession of those blessings to which you were entitled by nature; but Sir how pitiable is it to reflect, that altho you were so fully convinced of the benevolence of the Father of mankind, and of his equal and impartial distribution of those rights and privileges which he had conferred upon them, that you should at the Same time counteract his mercies, in detaining by fraud and violence so numerous a part of my brethren under groaning captivity and cruel oppression, that you should at the Same time be found guilty of that most criminal act, which you professedly detested in others, with respect to yourselves.”

think about it
What is “that most criminal act” to which Banneker refers? How does Banneker challenge Jefferson’s view of liberty? Of equality?

Colonial women, like their male counterparts, struggled to decide whether to support the Patriot (Whig) or Loyalist (Tory) side during the war. Some followed their husbands' leads. Others were led by their own beliefs to support one side or the other.

In army camps, women provided key services including cooking, cleaning, and nursing. On occasion, they found their way to the front lines. Historians believe that the name "Molly Pitcher" was used to refer to a number of women who carried water to thirsty soldiers, and took up arms when necessary. 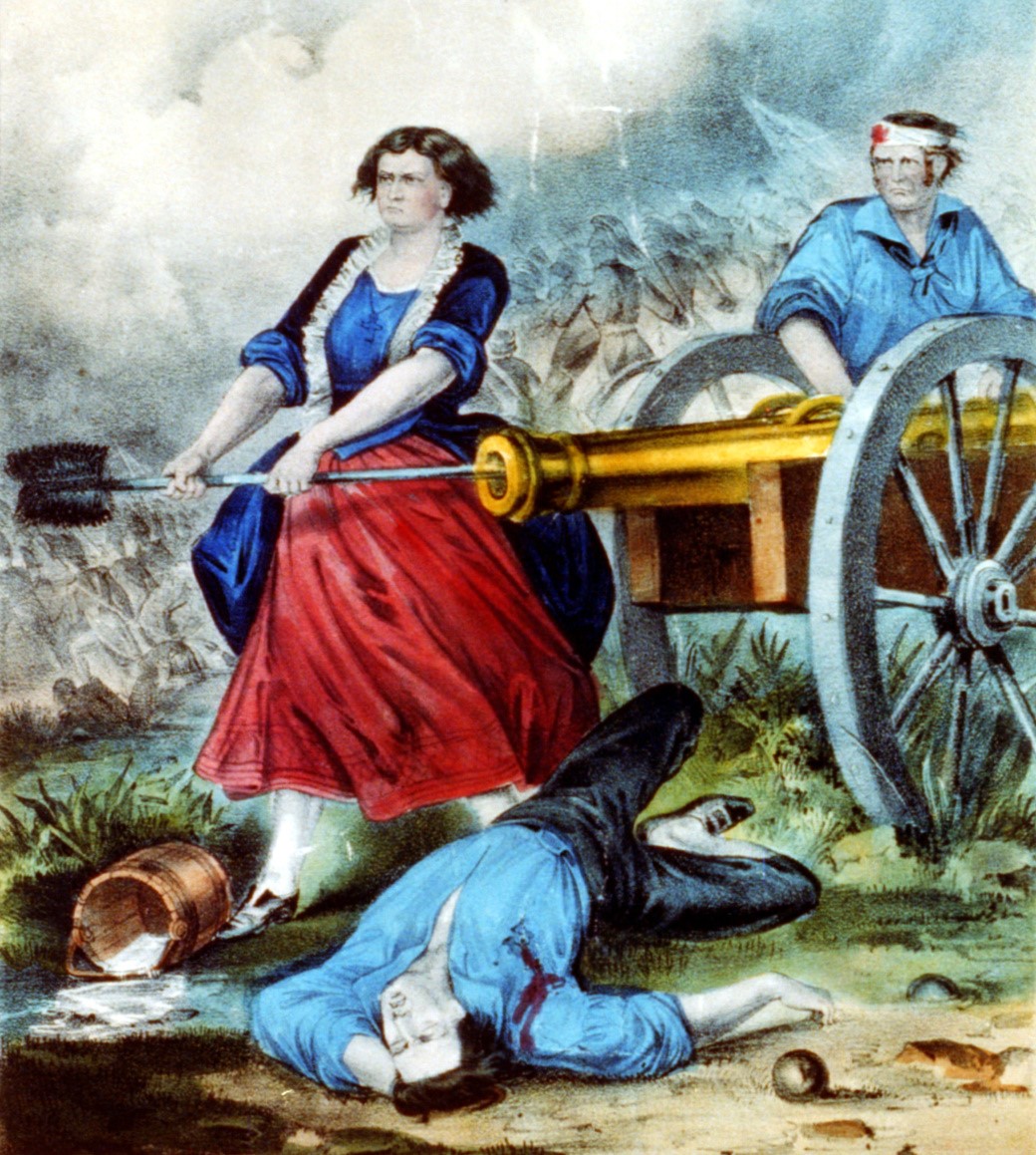 At least one woman, Deborah Sampson, served in the Continental Army while disguised as a man. 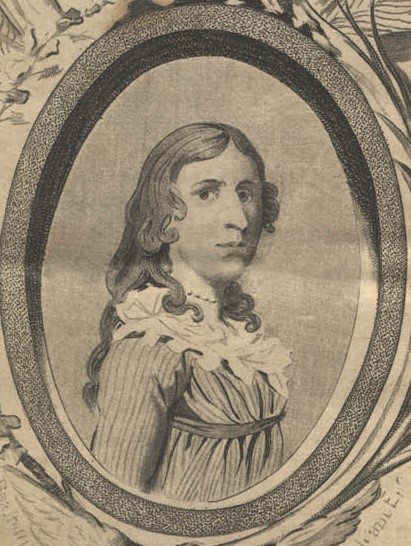 Some women seized opportunities created by the Revolution to create political identities for themselves. Judith Sargent Murray was among the most famous of those who did so. 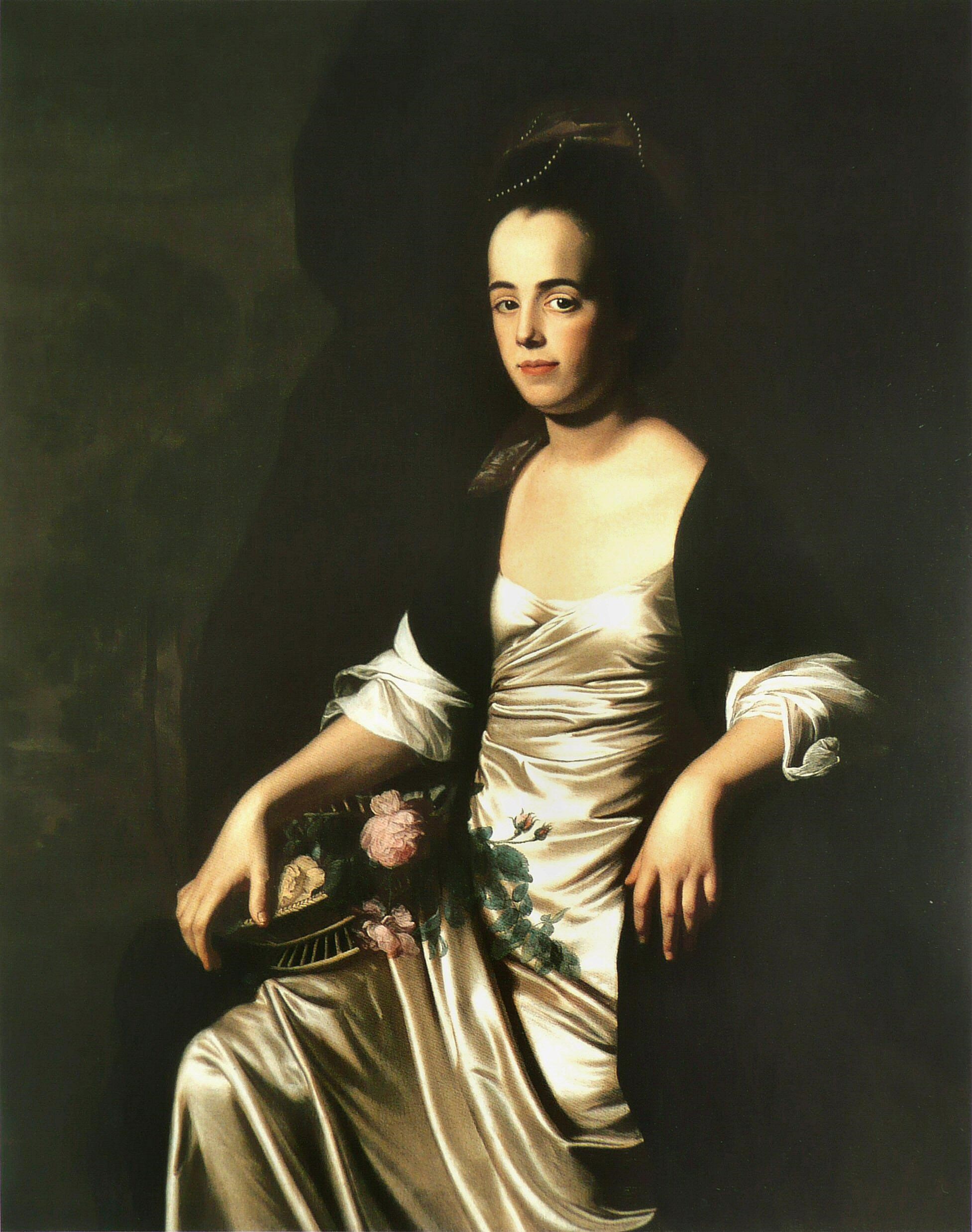 Like Benjamin Banneker and other African-Americans who asserted their equality, Murray and other revolutionary women challenged the assumption that women lacked intellectual capacity equal to men. Natural equality — the notion that all people are created equal — was instrumental to the case for gender equality.

brainstorm
Can you think of a contemporary example in which an individual or group has applied the Revolution’s principles of liberty and equality? Are the principles applied only to fight injustice and inequality, or are they also used to restrict the freedom of others?

In her essay “On the Equality of the Sexes,” published in 1790, Murray argued that women were equal to men and should receive equal access to education. She argued that the belief that women are “deficient in reason” stemmed from the fact that women were denied opportunities to learn. She continued as follows:

"On the Equality of the Sexes", Judith Sargent Murray

“Will it be said that the judgment of a male of two years old, is more sage than that of a female’s of the same age? I believe the reverse is generally observed to be true. But from that period what partiality! How is the one exalted, and the other depressed, by the contrary modes of education which are adopted! The one is taught to aspire, and the other is early confined and limited. As their years increase, the sister must be wholly domesticated, while the brother is led by the hand through all the flowery paths of science. Grant that their minds are by nature equal, yet who shall wonder at the apparent superiority, if indeed custom becomes second nature; nay if it taketh place of nature, and that it doth the experience of each day will evince.”

think about it
How does Murray apply the principle of natural equality to gender inequality?

summary
The passages provided in this tutorial — by Noah Webster, New Yorkers opposed to indentured servitude, Benjamin Banneker, and Judith Sargent Murray — show how Americans applied the principle that “all men are created equal” to a variety of situations. They used the concepts of "liberty" and "equality" in ways that the Founders did not anticipate. The history of the United States as an independent nation is one in which American revolutionaries — and subsequent generations — have applied and re-applied these principles as the nation evolved.

Founding Father, Member of the Virginia colonial gentry, planter, slave owner, senior officer in the colonial militia during the French and Indian War, Commander in Chief of the Continental Army during the American Revolution.

Massachusetts lawyer, author, statesman, defender of the British in the Boston Massacre trial, leader of the Continental Congress, and Founding Father.

Virginia planter, slave owner, statesman, member of the Continental Congress, author of the Declaration of Independence, and Founding Father.