Identify elements in a Venn diagram.

Tutorial
what's covered
This tutorial will cover the topic of Venn diagrams. Our discussion breaks down as follows:

A typical Venn diagram with two intersecting sets has four parts to it: 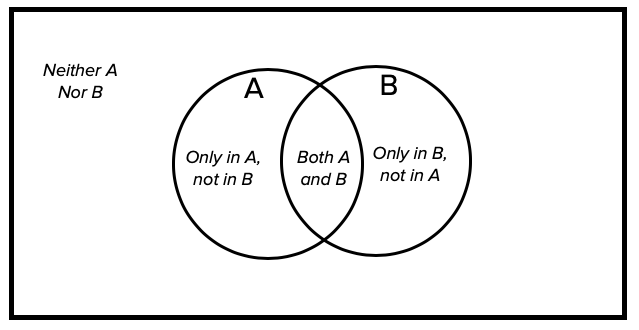 Suppose that in a high school of 80 students, 18 of them take statistics, 15 take economics, and 8 students take both.

What would the Venn diagram look like in terms of the number of students that go in each of these four areas?

The first instinct of most people is to put 18 in the statistics bubble, 15 in the economics bubble, 8 in the intersection of both bubbles, and whatever is left of the 80 on the outside. That graph would look like this: 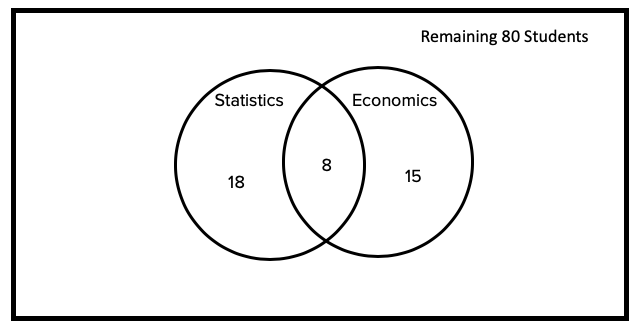 That's not a terrible idea, but it has a few problems. Start with the innermost portion of the circle, the 8 students that take both statistics and economics. Recall that 15 students take economics. However, 8 of those students are also taking statistics, and they fall into the middle category. Therefore, of the 15 total students taking economics, 8 of them should be in the center category, and the remaining 7 should be in the "economics only" category. 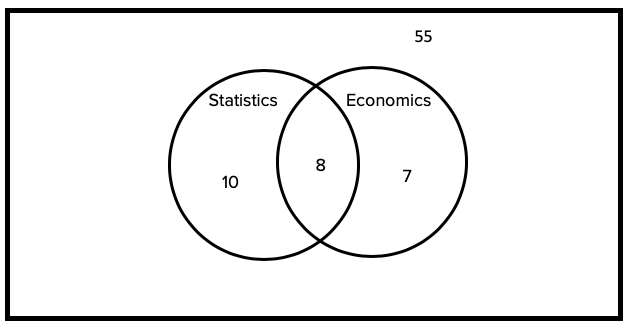 A way to compare and contrast events from a chance experiment. Two events may both occur, only one or the other may occur, or neither may occur.

2. Complements in a Venn Diagram

We can also show complements in a Venn diagram. Complements are everything that's not in a particular event. 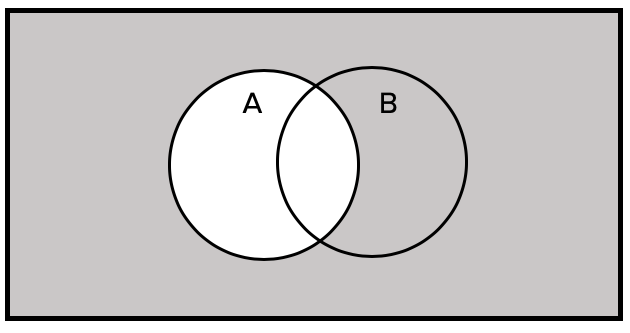 The complement of A is everything outside of the A bubble, including the part of B that does not overlap with A.

The overlapping portion is in A, so it is therefore not part of the complement.

3. Venn Diagrams with no Overlap

Not all Venn diagrams need overlap like this. Sometimes, the two events, A and B, don't have any outcomes in common, which looks like this:

Suppose A is the event of rolling an even number and B is the event rolling a five. There's no overlap between the two ideas, so you can draw the bubbles as separate. In the "neither" category would be any rolls that are odd but not five, which leaves one and three. 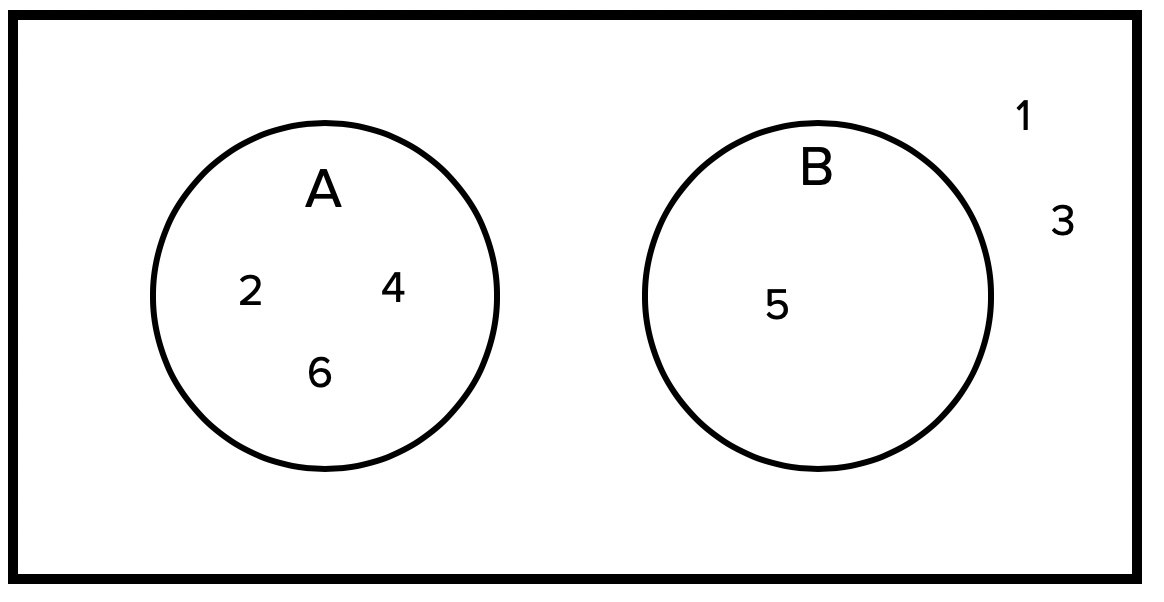 summary
Many relationships between events can be represented using Venn diagrams: overlap, complements, and not overlapping. Venn diagrams are also useful for probability. Two-event Venn diagrams, such as the ones in this tutorial, consist of four areas: the A-only area, the B-only area, the both A and B area, and the neither A nor B area. The total number of items can be found by adding up all the subcategories within that event.

A way to compare and contrast events from a chance experiment. Two events may both occur, only one or the other may occur, or neither may occur.