Recognize issues related to the availability of water.

Water supply on Earth is finite, and as demand grows, it is out-distancing supply, creating water conflict.

Demand is being increased by three main causes:

As mentioned before, the amount of total usable water is fixed. Although it can be recycled through the hydrological cycle, we are using it faster than it can replenish itself. In addition, we are decreasing presently available freshwater with pollution, biological contaminants, and receding glaciers, which are producing less and less freshwater as they melt into the ocean.

Population growth is also increasing the demand for water. However, it isn't proportional. Currently, human water use is increasing at double the rate of our population growth. Many major aquifers, where we get much of our freshwater, are dramatically shrinking.

Consider the Ogallala Aquifer in the midwestern United States. Water is being withdrawn much faster than it can be recharged. The map below shows that the darker red, yellow, and orange patches indicate where the aquifer has been decreasing. 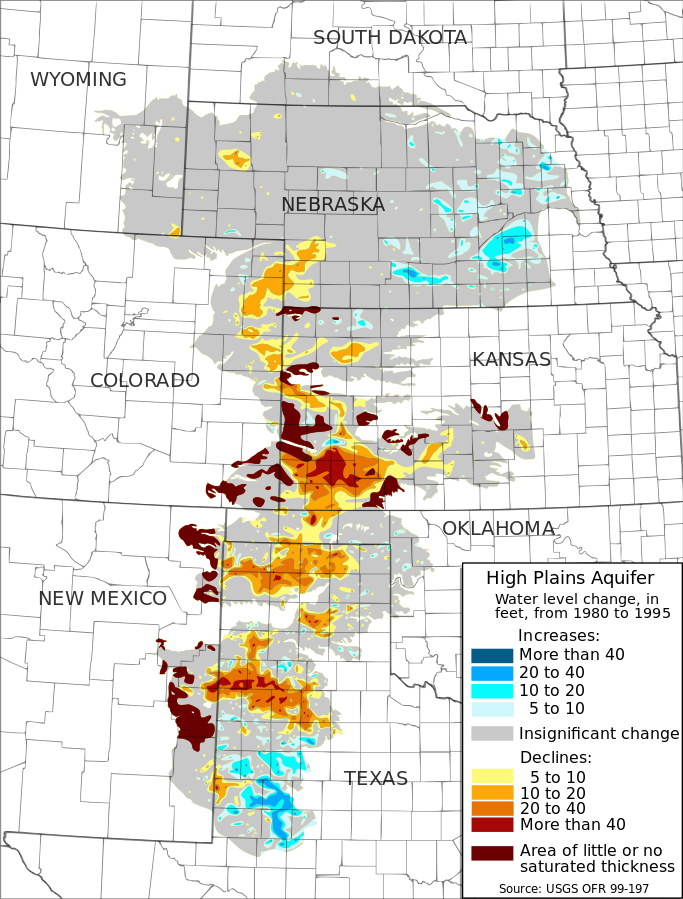 Ogallala supports almost 5.5 million hectares of agricultural land, or about one-third of the groundwater used for irrigation in the United States, while also providing for at least 2.3 million people's drinking water. Since 1940, the water table in that area has declined around 300 feet.

The chart below breaks down the demand of water into its various uses. Globally, agriculture accounts for 70% of freshwater taken from streams and rivers. Industry utilizes 19% of all freshwater available, and households use the remaining 11%. 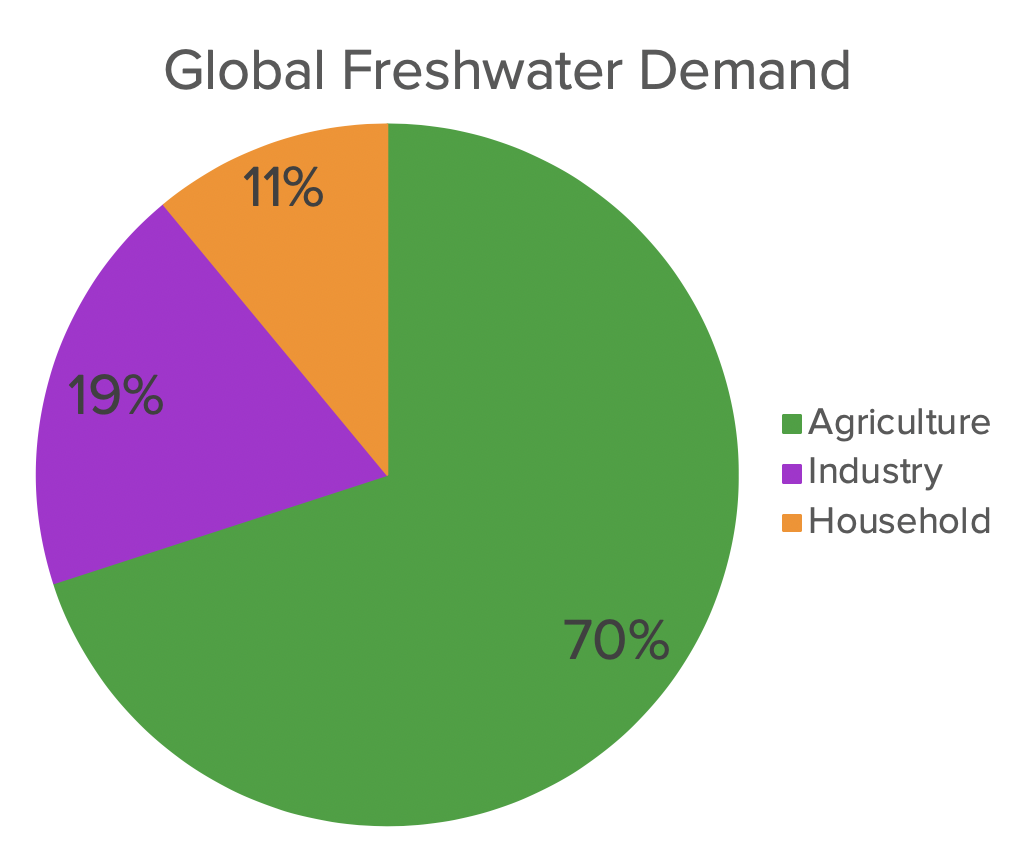 Not unlike food, water shortages are oftentimes a result of distribution problems. Other causes can generally be a dry climate, periodic drought, or over-population exceeding local water supply.

California is a prime example of this problem, suffering from all three in 2014 when the worst drought in 1,200 years struck, putting numerous towns and cities into water shortages. Many farmers lost large portions of their crops, which impacted the rest of the United States because California provides a large portion of the country's food. 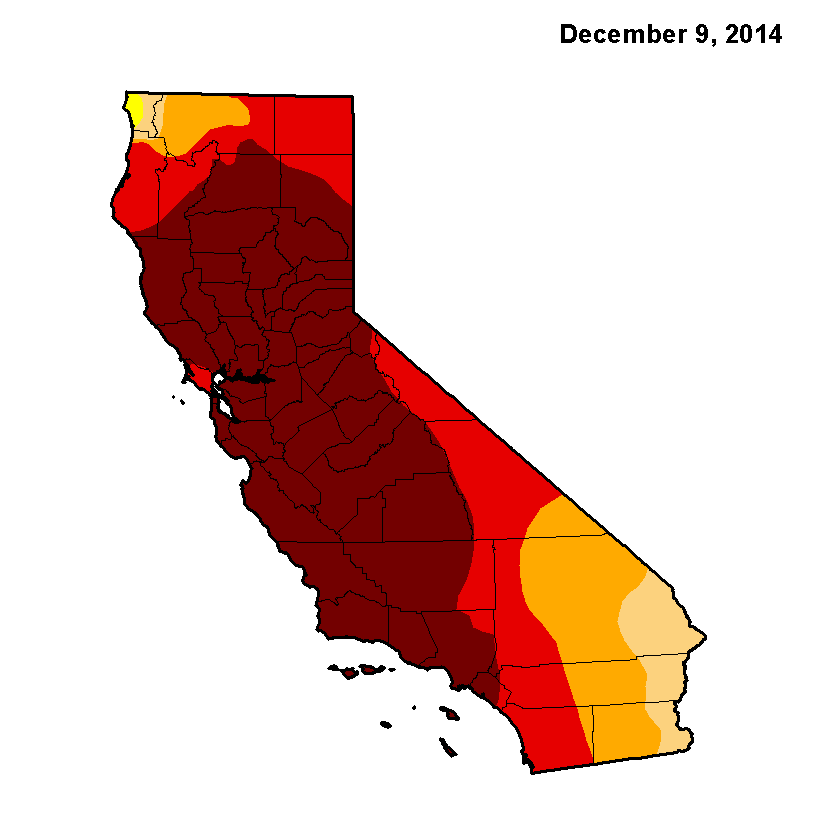 Another example of water shortage is the one currently occurring in India's capital, New Delhi. New Delhi's per capita availability of fresh water is greater than that of Paris, yet New Delhi cannot always provide reliable freshwater. This is primarily a distribution issue, as New Delhi's poor distribution network results in a lot of unaccounted-for water.

There are strategies to improve water supply and demand issues. These solutions include: