Identify where fresh drinking water is located and how humans can access it.

Tutorial
what's covered
This tutorial will cover the topic of water supply. We will discuss the global water supply and its sources, focusing primarily on groundwater, where our drinking water comes from. We will also discuss dams and their impacts, and explore why some people are working to remove them.

Only 3% of all the water on Earth is freshwater, and of that only 1% is accessible by humans. That 1% comes from lakes, streams, and aquifers. Aquifers are underground sources of water. As human population increases, competition for that 1% of accessible freshwater will increase as well. 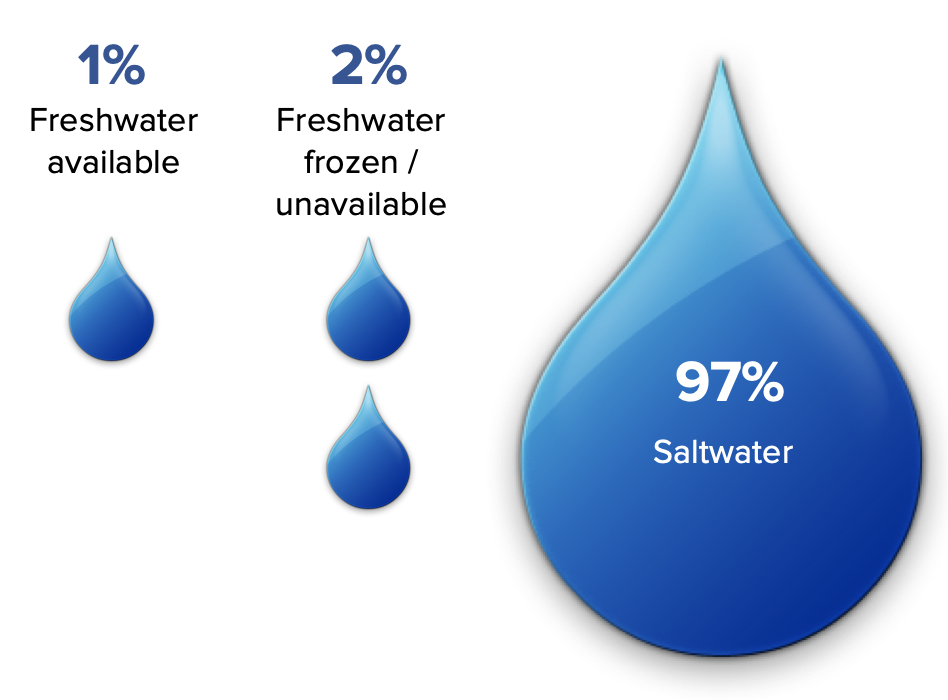 Pockets of groundwater can be found in aquifers underground. Groundwater makes up only 1% of the water on Earth, yet it provides the majority of drinking water humans consume and also provides for a portion of agriculture and industry's water use.

Commonly, wells are drilled or dug down to access the groundwater (see diagram below). 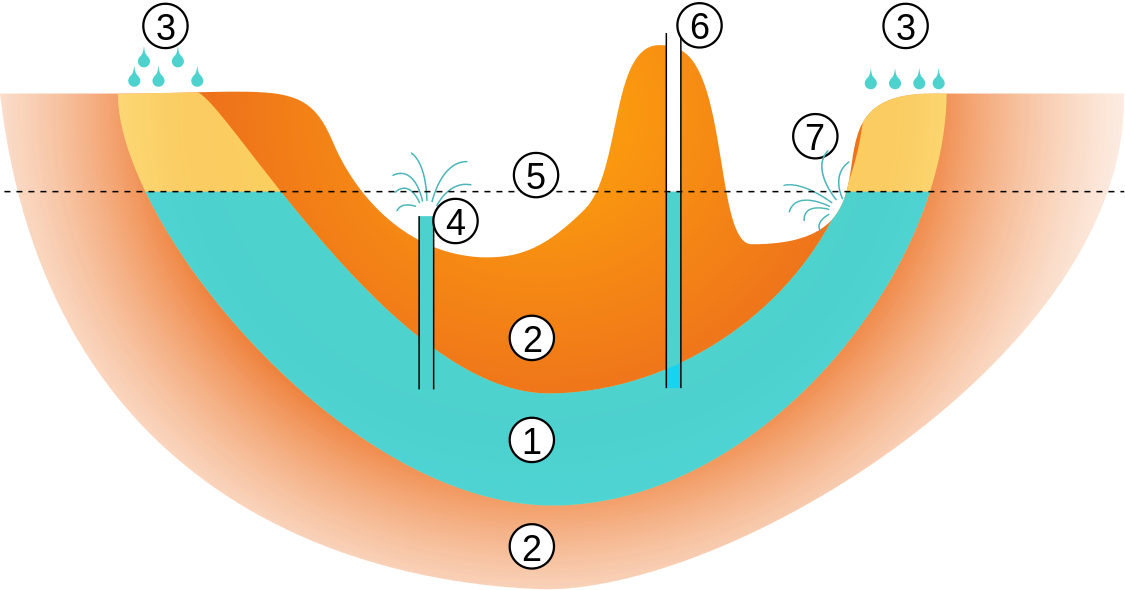 Usually, such wells are lined to keep out contaminants, both biological and chemical. However, if they're not, various microorganisms and chemicals can seep in and contaminate the water.

Over time, if water consumption exceeds the ability for rainfall to recharge the groundwater, it could result in soil drying out, which can be problematic for local vegetation.

In some cases, so much groundwater has been removed that topography can sink and change because it isn't supported by water underneath anymore. Saltwater can also leak into freshwater aquifers as groundwater sources are depleted.

As the human population has grown, we have decreased groundwater resources, and they are expected to continue declining in size. It is possible for groundwater to recharge through rainfall, but humans have built impermeable surfaces, such as roads and buildings, that don't allow water to soak into the earth, and instead divert it far away. In addition, humans' activities have also contaminated groundwater resources, primarily through fertilizer runoff.

3. Dams and Their Impacts

While groundwater provides the majority of drinking water, we do utilize rivers, lakes, and streams. We have built dams, like this small one shown below, to manipulate water flow so that we can obtain it when we need to, and release its flow when we want. 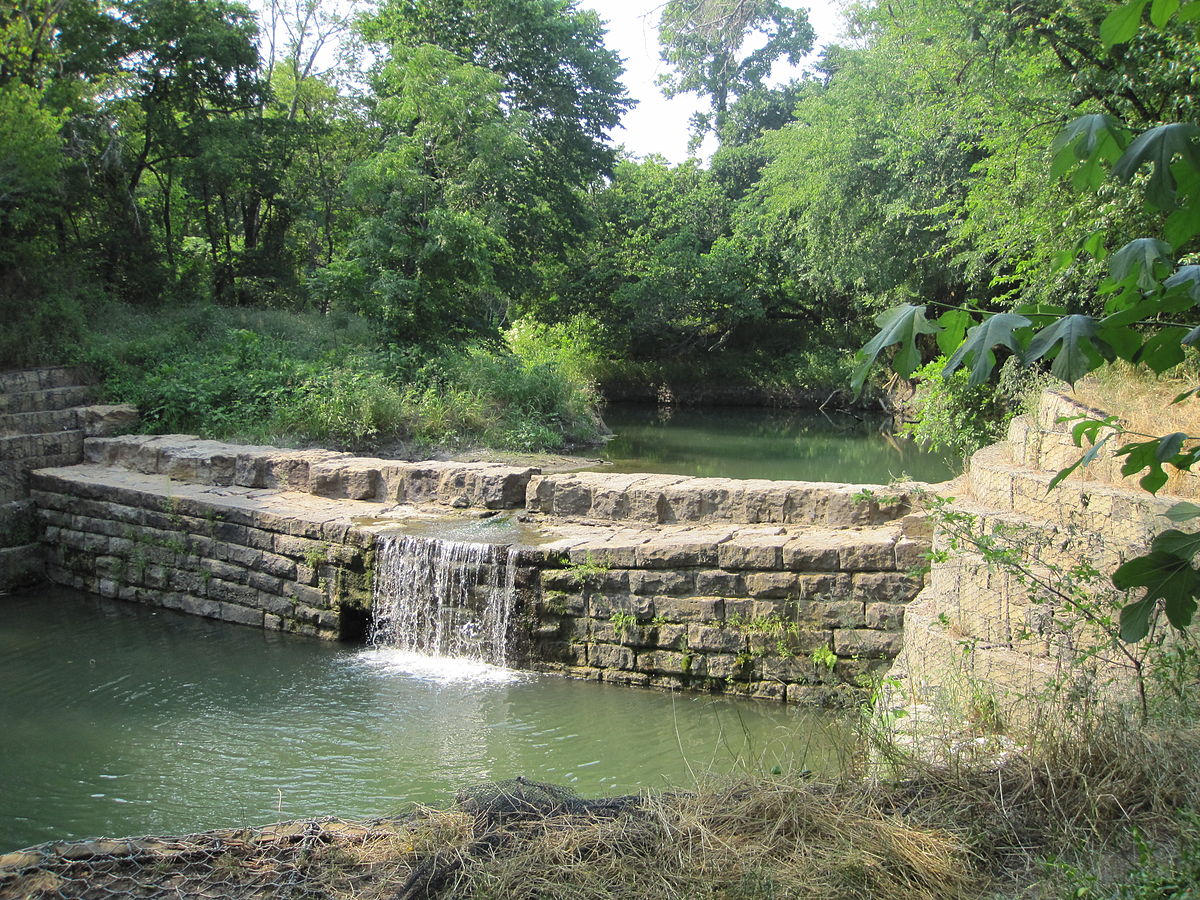 The upstream body of water created by the blocking of a dam is called a reservoir. Reservoirs provide us with water for drinking, agriculture, hydroelectric power, and recreation.

Dams like the Three Gorges Dam, the largest dam in the world located in China, can have many negative environmental impacts.

Below is a photograph of the upstream side of the Three Gorges Dam. It's so large that boats look tiny in comparison. Can you see the boat in the background?

On the upstream side of things, dams like Three Gorges can cause a lot of problems when operating, such as flooding during construction or negative impacts for humans and ecosystems nearby. Whole villages had to be moved for the creation of the Three Gorges Dam.

Because dams disturb the natural flow of rivers and streams, they actually disrupt natural flood cycles that are important to adding nutrients to flood plains. The stagnant water on the upstream side also encourages disease, because insects like mosquitoes thrive in it.

Below is a photograph of the downstream side of the dam. Dams like Three Gorges can also negatively impact aquatic species, especially migratory ones, because they prevent mobility by fragmenting and altering their habitats. 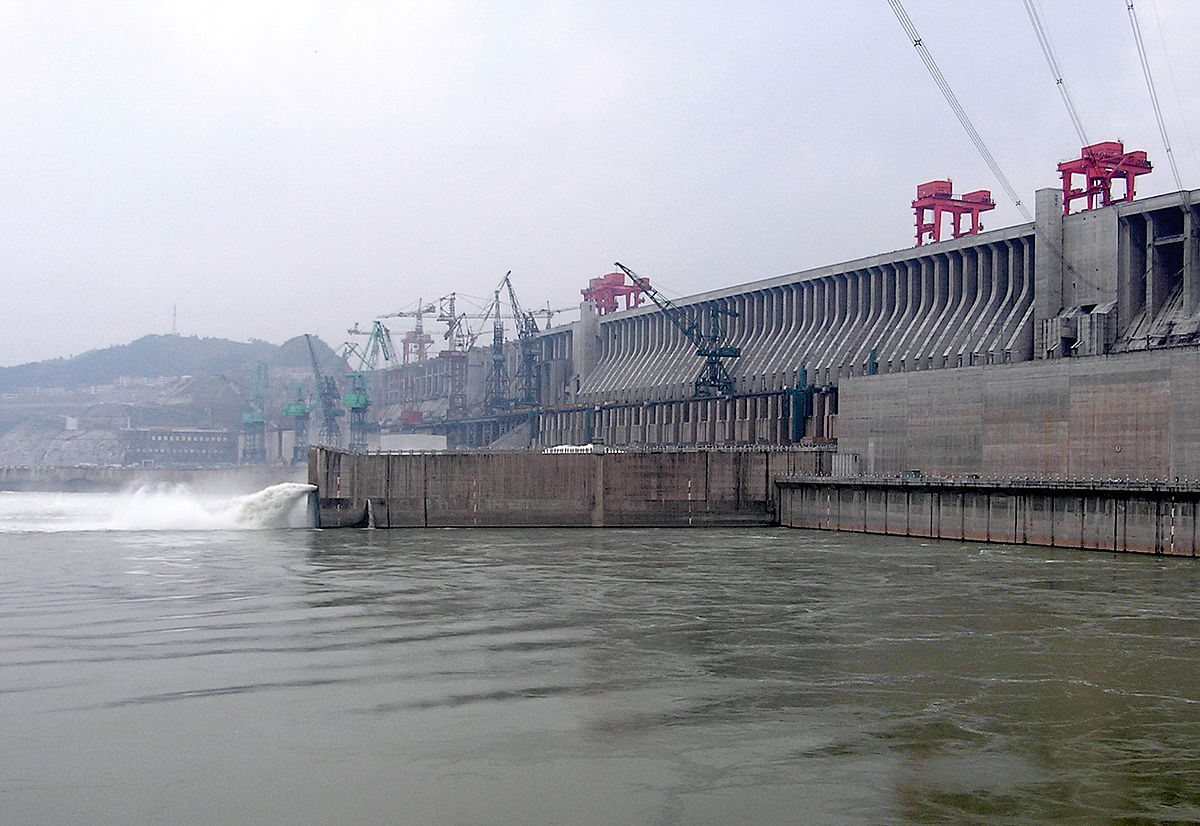 Salmon are a prime example of an aquatic species negatively impacted by dams. In the United States, many dams have impacted salmon migration because they prevent the salmon from swimming upstream.

As a result of negative impacts, there are growing attempts to remove dams from rivers and streams. There are a number of benefits of removing dams, such as:

summary
Today we learned about the world water supply and its sources, and how we can use only 1% of the 3% of freshwater on the planet. We learned about groundwater resources and aquifers -- our primary source of drinking water -- and how these sources are declining and becoming contaminated. We discussed dams and their impacts, as well as the benefits of dam removal.