Tutorial
what's covered
In this tutorial we will look at some of the reasons in favor of divine command theory, and some of the problems that it runs into. Our discussion will break down like this:

To begin with, recall that divine command theory says that we can only know if an action is right or wrong on the basis of God's commands. If you want to evaluate actions according to this ethical theory, then you must find out what God has to say about it. If you cannot find a command for a certain action, then it is neither wrong nor right.

For instance, divine command theory is a powerful ethic because it reassures us about the very nature of ethics and our ethical experience. It does this by:

Let’s look at each of these points in a bit more detail.

2. The Stability of Ethical Standards

All ethical theories give us standards or norms of what is right and wrong. But you might worry that they’ve just been made up. If one person says “being happy is right,” and another says “working hard is right,” how do you know which person to listen to? Each person might just be going for the standard they like.

But if the standard comes from outside us, then it seems less likely to be dependent on our own wishes or desires. Divine command theory says that ethical standards come from God, and therefore not from us.

think about it
Is God going to command you to go out drinking this weekend just because that’s what you’d like to do?

Having God as the basis of morality can make us feel secure that there really is a right and a wrong thing to do, independent of what we want. What’s more, it can tell us where those independent standards come from.

Many people would like to say that ethical standards aren’t relative to us. But it’s difficult to say where they come from, if not from us. Some might point to nature as the basis of ethical standards, but it’s not clear how this can be done. 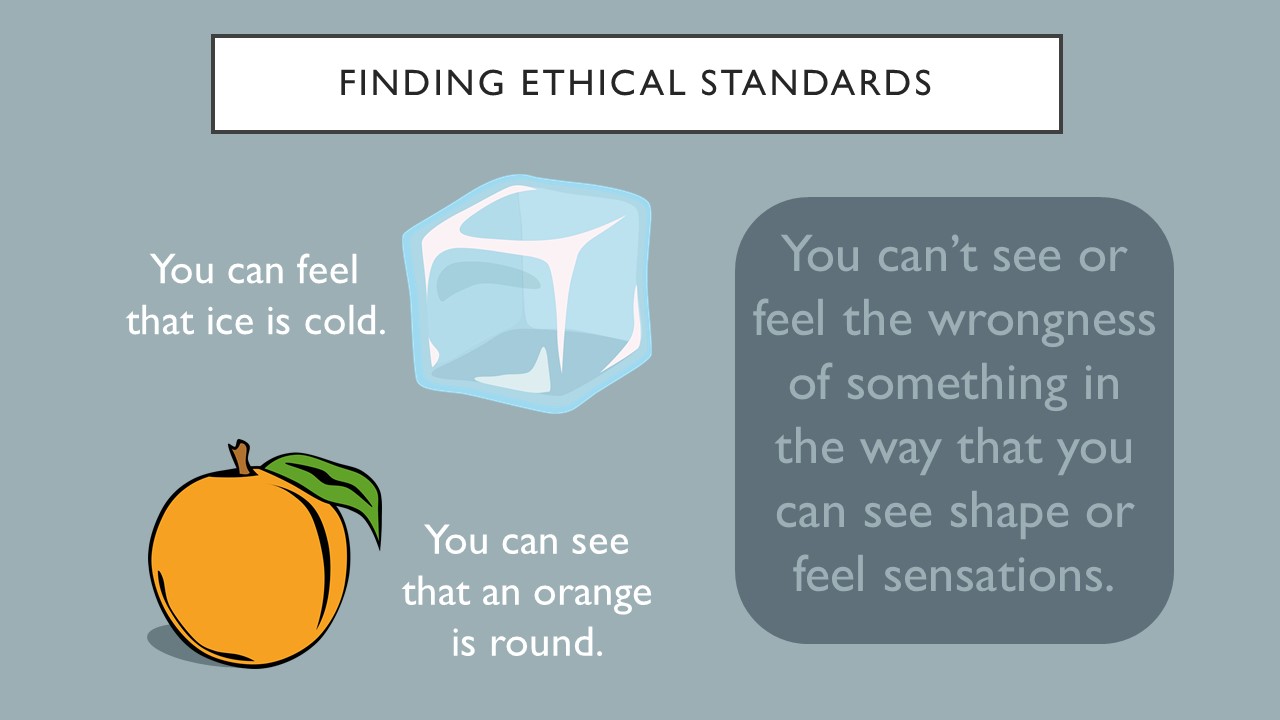 Since you can’t find ethical standards easily in nature, looking to a being beyond nature can help. For this reason, you might go for divine command theory since it bases ethics on God’s commands.

Basing ethics on God’s commands also has the advantage that you know where to turn if you’re facing a difficult decision. If you’re struggling to know how to act in a situation, you can look to God to show you the way. This is very comforting in a complex and confusing world.

Finally, although divine command theory doesn’t deal with the ideas of heaven and hell, most people who follow this theory do. What this means is there is a guarantee of good people being rewarded and bad people being punished. This is comforting because it reassures us that, if people get away with doing bad things in this life, they’ll pay for it in another life. This makes being good feel more worthwhile, whilst also giving us reason to avoid being bad ourselves.

3. The Instability of Ethical Standards

As we have seen, the reasons for supporting divine command theory comes down to the fact that it gives us confidence in ethical values and ethical action. But this confidence can be undermined by the way that people have used God to justify their own goals.

The most obvious way that people can make their actions seem right is by claiming that God commanded them directly.

It is well known that George W. Bush justified the invasion of Iraq by claiming that he was “driven with a mission from God.”

Of course, anyone can claim that they alone are guided by greater powers. A divine command theorist will probably say that this shouldn’t make us worry. They will say that we just need to go to reliable sources, such as the holy texts.

But going to the texts isn’t so simple. They have been used to justify many horrific acts for the benefit of a group of people. For instance, many Christians in America justified profiting from the free labor of slaves by saying that the Bible claims black people are inferior.

did you know
This racist reading of the Bible is often based on the story of Noah cursing his son, Ham, to servitude. The slave owners claimed that the Hebrew word for Ham was “black” or “dark.” Scholars have since shown that this is not true.

Another instance of using the Bible to justify people's own unethical interests is that of the wealthy justifying other people's poverty. There are many passages in the Bible that praise modesty, selflessness, and charity. The rich have often used this to try to make the poor feel satisfied with their position in society. But the reason the wealthy have done this is to protect their own privilege.

summary
We started this tutorial by asking the question why divine command theory?, answering that it offers explanations for the nature of ethics. This answer was explored in more detail by seeing how it provided the stability of ethical standards--In particular, that it gave a secure basis for ethics and reassured us that acting ethically is worthwhile. Finally, we saw the instability of ethical standards caused by the problem of using God’s commands for our own purposes.