Or
Close Popup
+
2 Tutorials that teach Support for Virtue-Based Ethics
Take your pick:
Previous Next

(more)
See More
Tutorial
what's covered
In this tutorial we will be looking at the roots of virtue-based ethics and some of the reasons that this is an attractive ethical theory. Our discussion will break down like this:

To begin with, recall that virtue-based ethics is a theory of ethics that maintains that an action is to be evaluated based on how that action informs the aspects of the agent's character.

Because of the emphasis on character, the kind of question you would ask yourself is different to the kind that you would ask if you were primarily concerned with evaluating actions. 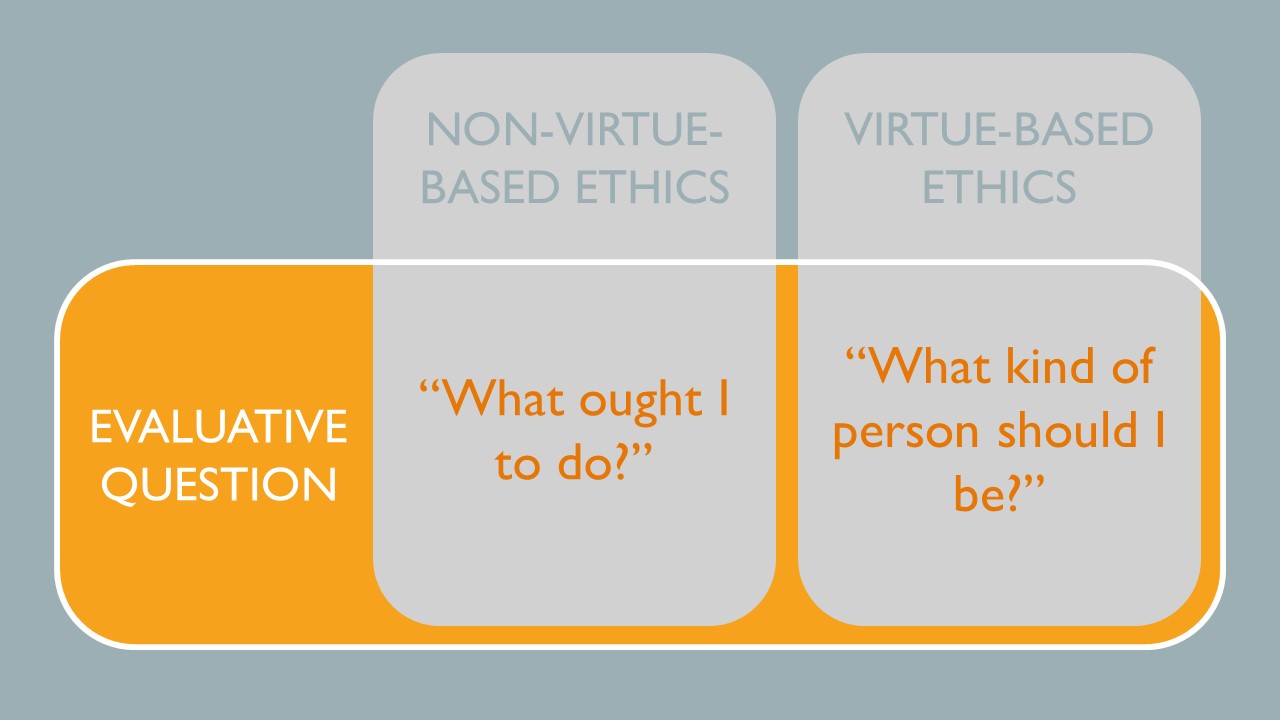 Virtue-based ethics has its roots in ancient Western and Eastern thought. In the East, it was primarily Buddhism that elaborated an ethic around forming proper character traits. In the West, this is found in Aristotle’s ethics. These are some of the earliest attempts at providing a systematic ethic.

These have inspired people for thousands of years. In the West, there is a long history of the reinterpretation of Aristotle’s account of virtues. 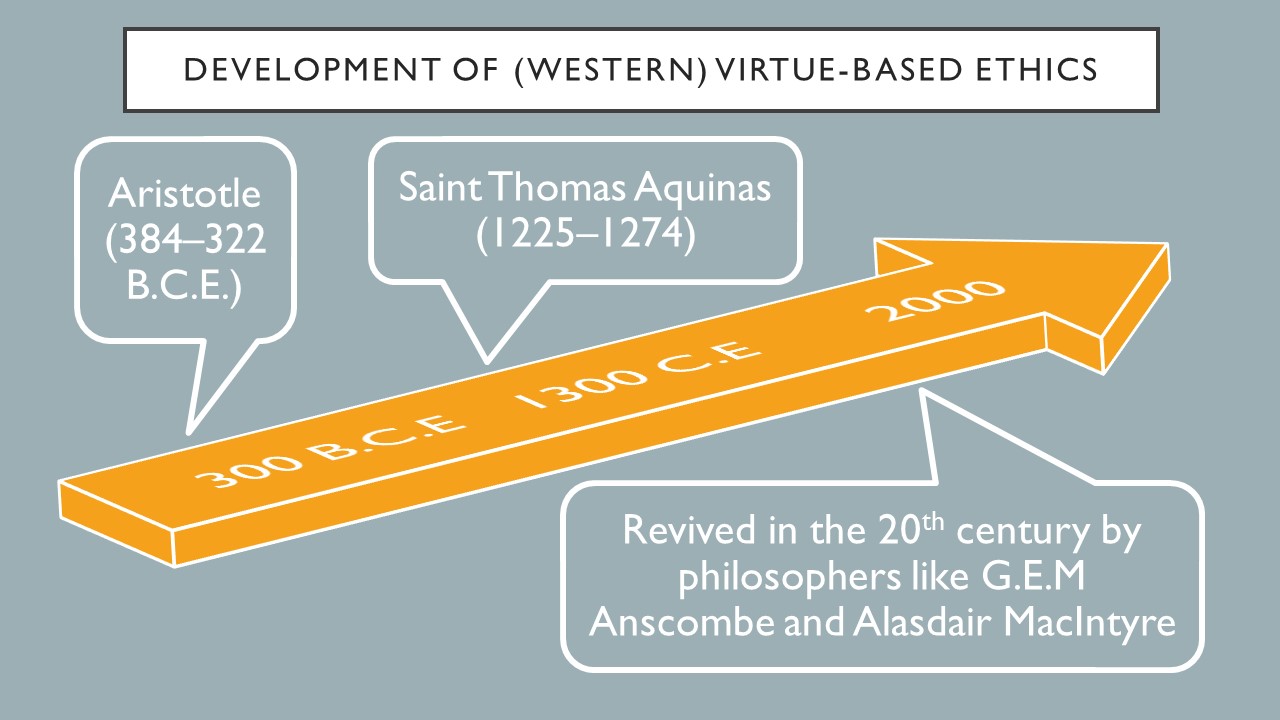 Aquinas was particularly notable for transforming Aristotle into a Christian account of virtue. Since then many people have attempted to detach virtue-based ethics from religion, and base it in nature instead. This is arguably closer to Aristotle’s intention.

One of the things that makes virtue-based ethics attractive is that it fits our feeling that ethics should be about the kind of person you are. Many other ethical theories focus on evaluating actions as right or wrong. They can infer what kind of person does certain acts, but this is only indirect. We often want to say something about the person directly.

Part of the reason we think ethics should be concerned with the character of the person is our feeling that there is more to being good than simply doing good things. Being good means living a good life. This includes:

In short, it’s a lifelong project of improving all of your capacities. In other words, cultivating virtue is about becoming the best kind of person you can be.

did you know
Virtue is translated from the Greek Aretê, which can also be translated as excellence. Both Plato and Aristotle used this term to indicate that something excels at what it’s made to do; for example, when an eye sees well.

For many of us, it makes sense to connect ethics with excellence in this way, which provides more support for virtue-based ethics.

summary
We started this tutorial with a review of virtue-based ethics, focusing on how it’s guided by the question “what kind of person should I be?”, rather than the question “what ought I to do?” Then a brief account of the historical development of virtue-based ethics was offered. Here, we saw that this ethical theory goes back a long way, and has been very influential. Finally, we considered some support for virtue-based ethics, particularly through the way its emphasis on lifelong development of character fits our intuition about ethics.
Rating Header
Poor
Fair
OK
Good
Great
© 2021 SOPHIA Learning, LLC. SOPHIA is a registered trademark of SOPHIA Learning, LLC.